Mac Pro 3,1 Power Up No Chime Nor Boot

BTW I've been referring to Mac Pro Service Source Manual but it has a different LED layout, so it's extra confusing.

The box powers-up, with the fans spinning, front LED solid white. Nothing else. No chime. Tried pushing the SYS_RST and nothing happens. I'll include an actual pic of my LEDs when in this state. 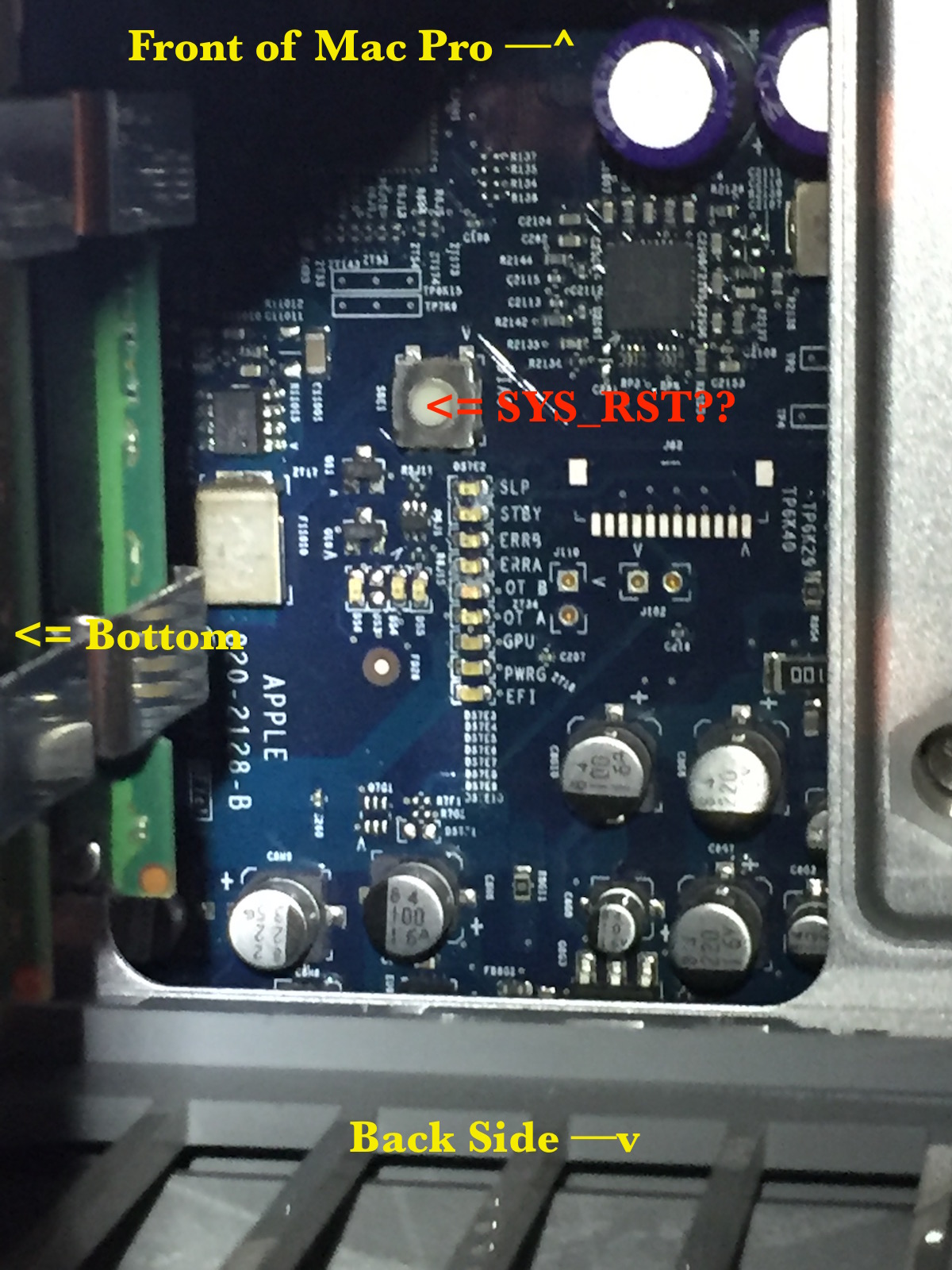 Not sure what to do at this point. Any insight appreciated how I can make this do something. It is sitting in my garage which is ~6°C at the moment, so it's not overheating at all half a second before startup. BTW I thought the similar white button TOP RIGHT of the motherboard was the SYS_RST, not the one in the image. I need some clarification on that.