Why do Automator workflows fail to replace selected text with their actions’ output in Safari 14 (on macOS 11)?

After updating from Safari 13 to Safari 14 (on macOS 10.15.6), I have noticed that all of my text-filtering Automator workflows no longer work correctly when invoked from the updated Safari.

For an example of such a workflow, see the screenshot below. It shows a simple workflow that takes the current text selection, pipes it through the fmt command, and replaces the original selection with that command’s output: 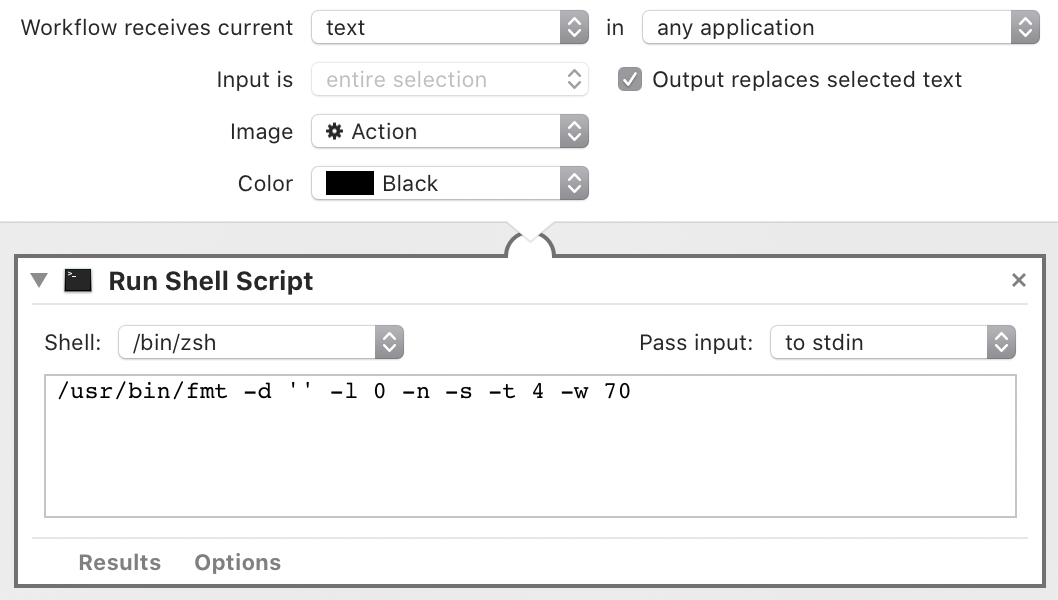 I have a few workflows of this construction, i.e., consisting of a single Run Shell Script action running a command that takes the text selection on its stdin and outputs the text to replace the selection with on its stdout. I have been using them without any issues for quite a long time (at least, for the last two major releases of macOS).

However, when a workflow like that is run from the newly updated Safari 14, it fails to replace the text selection with the output of the workflow. Instead, it simply deletes the selected text. The issue is clearly specific to Safari 14 only, because the same workflows still work correctly (i.e., replace the selection with the command’s output) in all other apps (e.g., TextEdit).

Is this caused by some security-related novelty in Safari 14 that can be disabled, or is it simply a regression bug that has been introduced in this update? Are there any known workarounds aside from simulating copying and pasting for the command output in Automator workflows?

I am not sure what exactly are you trying to accomplish, but I have an AppleScript code to replace characters and maybe it can be a good way for you to start. This solution works no matter the program because it uses GUI scripting, you just need to select the text and invoke the Service.

As you can see the code is changing all : for /; you can use it to adapt for your needs. 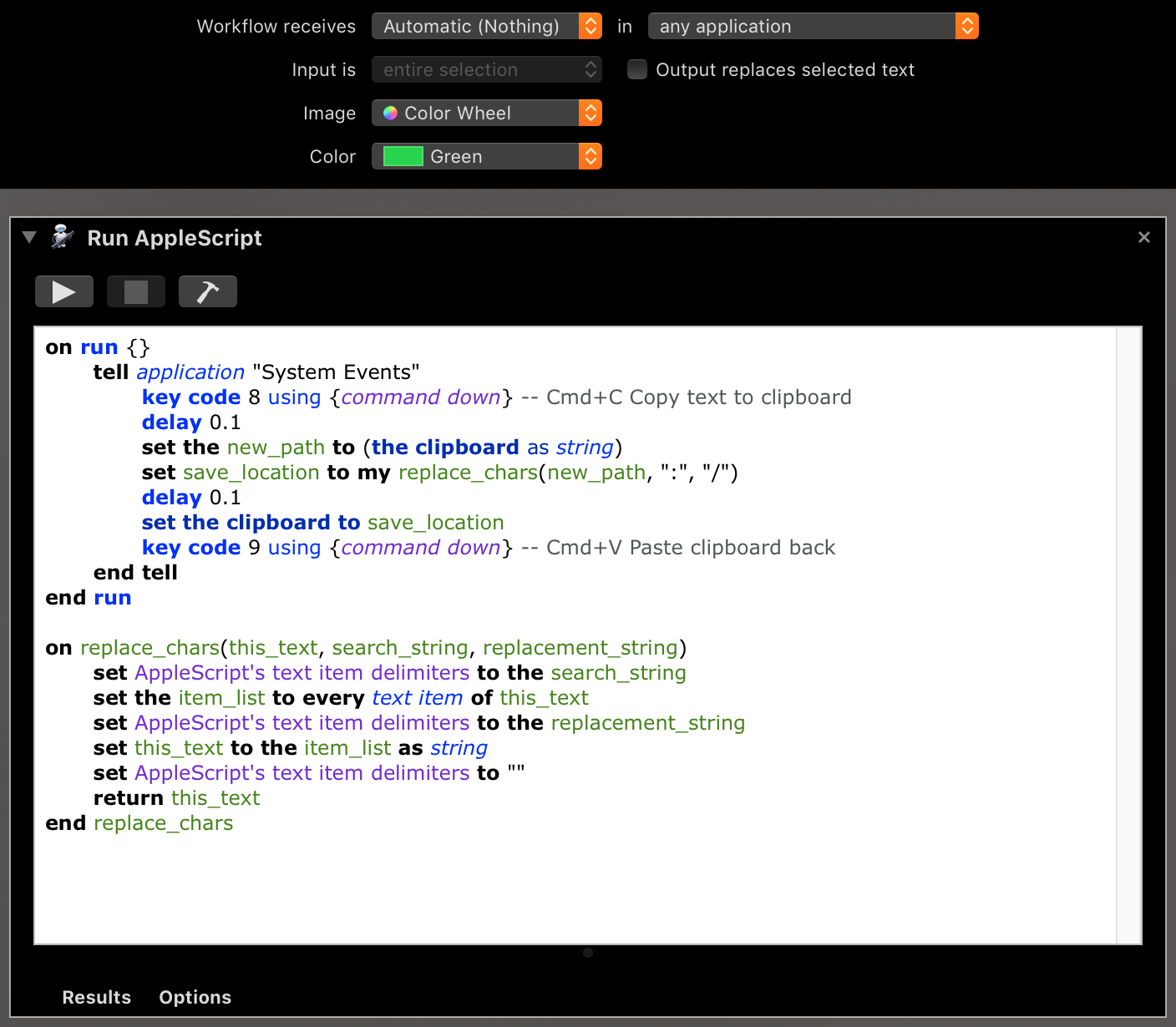 Not the answer you're looking for? Browse other questions tagged macos safari automator .

1
Why does opening an email from Sent mailbox not show the complete thread it belongs to in iOS Mail app?

2
Automator workflow or AppleScript to close Safari after a period of time
2
Automator to execute shell script with an input text file, copy it to specific directory
0
Applescript not returning string
24
Passing arguments to 'Run Shell Script' in Automator
1
Automator: replace text input not working
0
How do I transcribe an AppleScript?
1
How to automate Voice Control to manipulate the currently selected text?
4
How to get text selection work in the .pdf viewer in Safari?