I noticed today that my iPhone has suddenly started showing an orange color dot at the top of the screen every time I am making a call. I clearly remember this did not used to be the case before, but has started happening today.

This is how it appears: 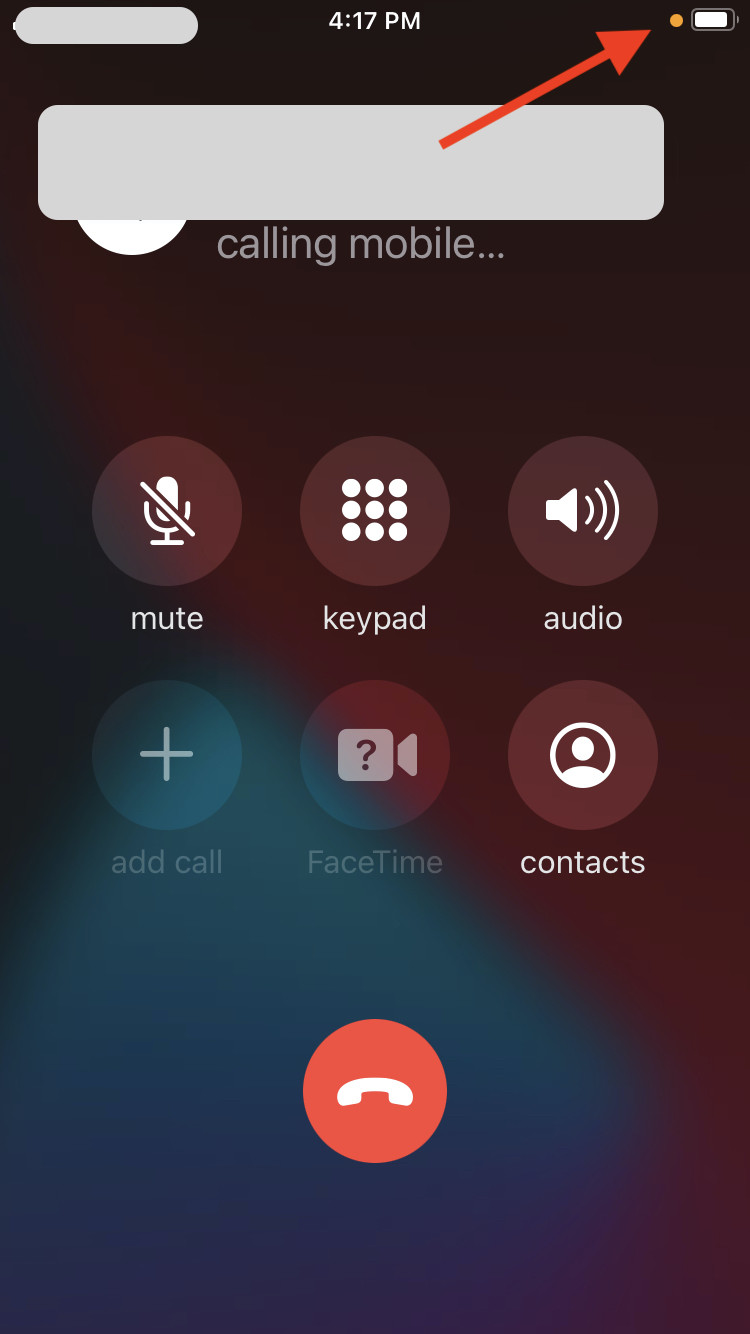 I have not changed any phone setting. Does anyone know why is this dot appearing? What does it mean? Can I remove it?

Your iPhone has been updated to run iOS 14.

iOS 14 has introduced a new privacy feature which causes an orange dot 🟠 indicator to appear in the iPhone status bar when the device microphone is used by an app. Additionally, if an app is accessing the device camera, a green dot 🟢 is shown in the status bar.

The feature is also available on iPads running iPadOS 14.

You can learn more about it in the Apple Support document here:

If you see orange or green indicators in the status bar

With iOS 14, you might see an orange or green indicator in the status bar on your iPhone. These indicators appear when the microphone and/or camera are being used by an app.

An orange indicator 🟠 means the microphone is being used by an app on your iPhone.

A green indicator 🟢 means either the camera or the camera and the microphone are being used by an app on your iPhone.

To determine which app is accessing the microphone or camera, you can open Control Center to see the name of the app:

Can I remove it?

This features is enabled by iOS and is turned on by default. It's not possible to disable it.

Not the answer you're looking for? Browse other questions tagged iphone ios ipados .

6
Is there any way an iOS app can access the mic/camera without the user's knowledge?

2
AirPlay button in multitasking bar?
1
Slow in opening videos on iPod Touch
1
How is “Show alerts from my contacts” for Messages in iOS Notification Center supposed to work?
4
TestFlight - What happens to the installed beta-app when that version goes live in AppStore?
2
How to fix an iPhone with half a screen showing a different color?
4
iPhone with repeating loading spinner
0
Ghost/phantom notifications and other sketchy things
6
why is the .HEIC suffix sometimes uppercase and sometimes lowercase