I have a need to share data between a MAC (Catalina) and an iPad Pro (13.7) and do not want to send it up and down to iCloud due to demands on the home broadband (joys of living in the U.K. countryside).

I have a AirPort Extreme 802.11n (5th Generation) running 7.8.1 with a USB disk but every time I try to access from the iPad Files app it just reports 'Could not be completed' as it's not supported. 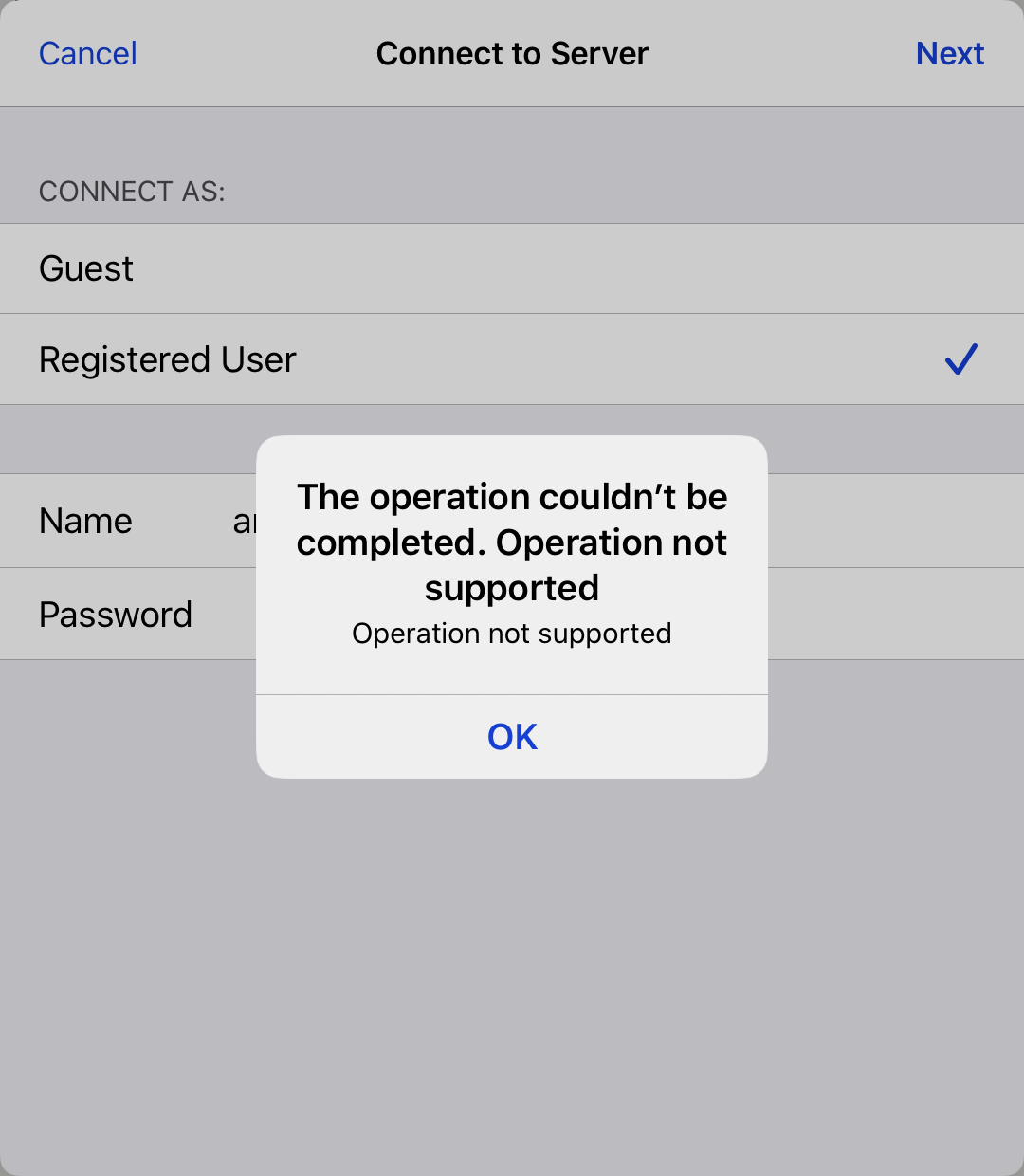 I tried by name, by IP and with / without the smb:// at the front but the above is the result. (I know afp:// is a no-go but Apple do not say this anywhere).

I've tried the USB on the family router but it impacts surfing and creates router crashes.

I could leave the Mac on and share the data directly but I'm trying to cut down power use (esp as it's just gone up 8%) and the poor old Mac is 8 years old (hurry up ARM chips)... I know I could use an SD card and 'sneaker net' but I'm lazy...

Third party firmware for these boxes just does not exist - shame as the are solid boxes I think they were just a casualty of limited sales.

I'm not at a point to buy a NAS and do not to get a Pi to share the disk so was wondering if you have any ideas or know of an AirPort that can share its disks with an iPad?

Unfortunately you can't do it. The Airport Extreme runs SMB1 and can't be upgraded to a later version. SMB1 is not secure and the Files app will not allow connections to it.