Is there any way to detect suddenly closed tabs and restore them on iOS Safari?

Today I found out that many of opened tabs on my iPad Safari are gone. Yesterday there were 50+ tabs on Safari but for some reasons now it is 14.

It is very frustrating so I tried to restore the data from my yesterday’s backup, but found that on iOS I can only backup from the most recent backup, which happened in the morning.

Depending on how long ago they were closed, you might be able to see them in a list an open them (one by one). 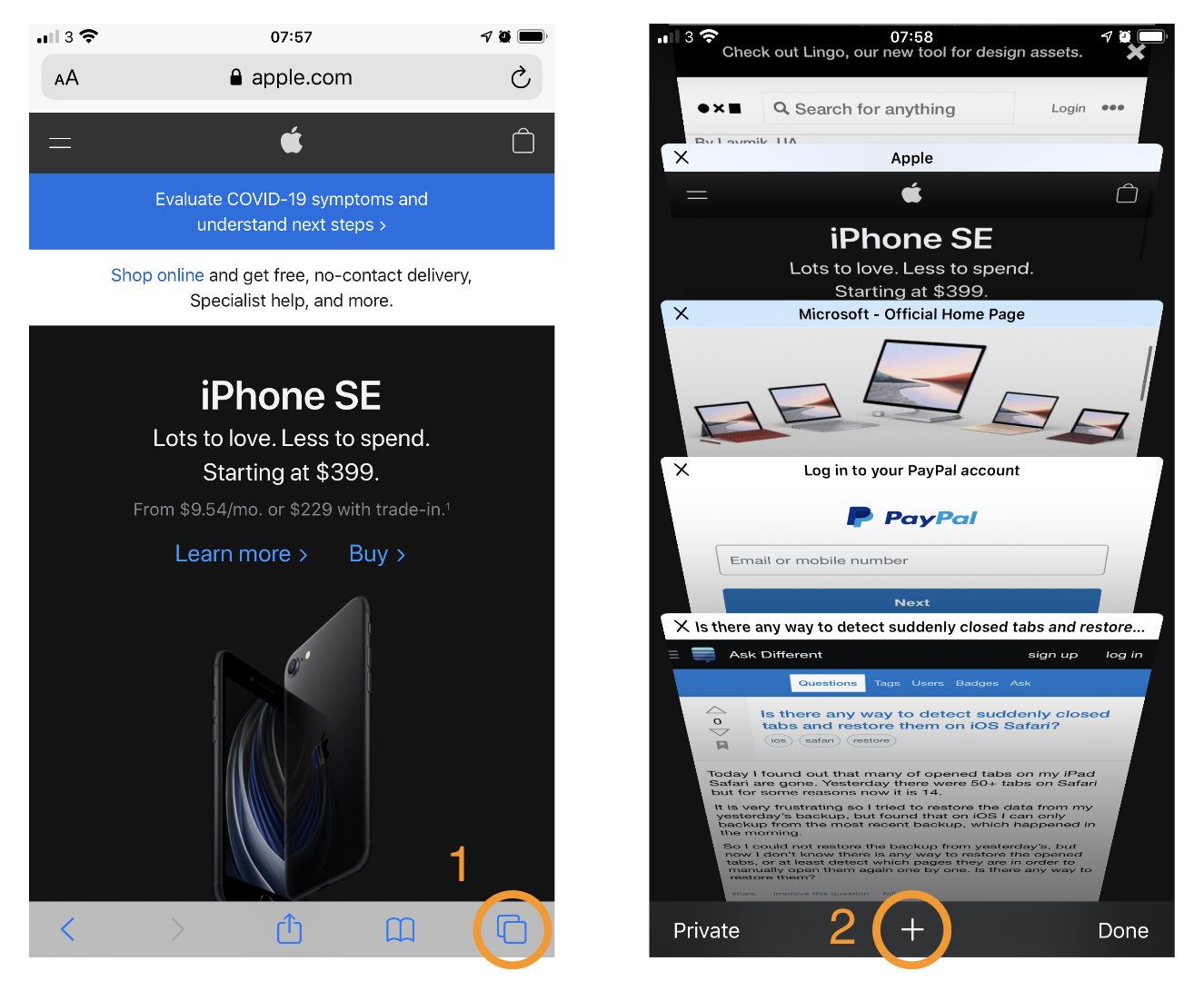 This does not work for private tabs.

Not the answer you're looking for? Browse other questions tagged ios safari restore .

5
Is there any way to open a recently closed tab in Safari in iOS?
1
Is there any better solution to protecting tabs from being lost?

10
iOS 8: Prevent Safari Mobile from reloading tabs by default
2
Will Safari preserve my windows and tabs across an OS update?
0
How can I restore from today's iPhone iOS 9 backup when iTunes not giving me the option?
1
Is there a Safari extension to provide a drop-down menu listing all tabs, or shows all tabs in the tab bar?
0
Can't restore closed Safari tabs on Catalina!
1
Is there any better solution to protecting tabs from being lost?