Weird files on my Desktop after installing programs

My "problem" is resolved, but I still want to know what this was, as I am new to Mac OS.

After Installing a few programs, I had weird files/folders with what looked like a hard drive icon appearing on my Desktop (but not appearing in my Desktop folder in Finder). In this case it had to do with Android Studio ("Android Studio 4.0.1") and Google Drive ("Install Backup and Sync from Google"). (I also installed VSCode, but no such thing appeared on the Desktop).

See for yourself on the screenshots, (which were taken after I successfully installed the programs and moved them to my ~/Applications folder.

As I said they did not appear in my Desktop folder in Finder, but they did appear under Locations in finder. I pressed a button looking like an "eject icon" and they disappeared from both Finder locations and my desktop.

I'm just asking all this, because I want to be sure that I made no mistakes during the installation processes.

If you get an application from anywhere other than the App Store, it will come neatly wrapped inside a Disk Image file, .dmg.
You double-click it & it will mount just like a real disk or USB stick/SD card on your desktop. It won't show as present in your desktop folder as that's not really where it is. It is mounted at /Volumes in your OS, the same way all your other drives are mounted. Their appearance on the visible desktop is for convenience.
To all intents & purposes a mounted disk image behaves exactly like any other removable drive.

Normally, you open it [or it should open automatically] to show the contents.
Then there are two basic installation methods.
Simple drag & drop - there will be an app & an alias to your Applications folder. You drag the app to the alias & by the 'magic' of Mac aliases, that will copy it to your own Applications folder on your Mac. 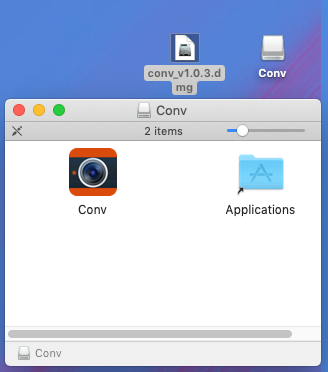 Alternatively, a mounted disk image will contain an actual installer package you need to double-click & run. This is usually for more complex installations that need to ensure specific separate system components all go to the correct places. When you launch one of these you will be presented with an admin permissions dialog to allow the installer to do this. 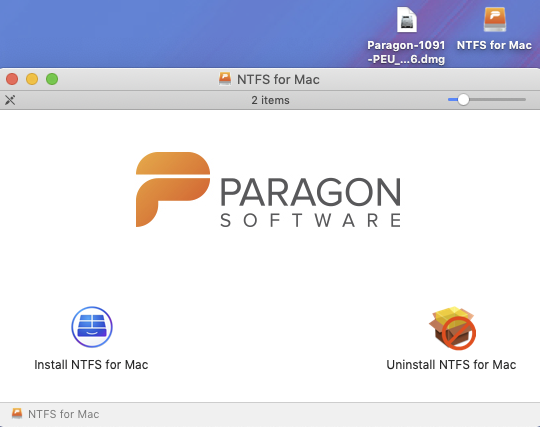 With either type, once you have finished with it, you can then eject it, just like a real drive - either click in the window, then Cmd ⌘ E or right click & select "eject [name of 'disk']" or from any Finder window, sidebar etc where you can see the eject arrow ⏏︎

Once ejected, then you can either file it away for if you ever need it again, or throw it in the Trash. It's done with.
The app will now run from your regular Applications folder.

Note: Other than special circumstances, apps are not designed to actually run from the mounted disk image. Some will, some will complain, but generally you should avoid it. Run them from Applications after you have copied them over, or installed.

Not the answer you're looking for? Browse other questions tagged install desktop android google-drive .

25
How can I place .dmg files away from the desktop?

3
Mac OS X 10.6.8 - Can't remove SophosUpdate Packages/Folders on Desktop
3
Moving desktop folder back to where it should be!
1
Applications (Google Drive, Dropbox, Eclipse, etc) only start when I launch them from within their package
1
“DatabaseError: database disk image is malformed” error dialog when re-opening Google Drive after re-installation
0
Content of folders vanished when moved to Macintosh HD
6
Time Machine Icon on Desktop showing the yellow icon
1
Finder favorites bar icons not showing
5
Newly installed programs always appear with external drives in Finder
7
What could cause iCloud Drive to refuse to sync Desktop & Documents?
0
Syncing photos Android -> Mac