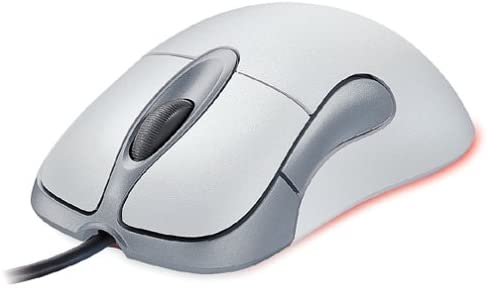 My ~20 year old Intellimouse Optical optical functions in Catalina. I would like to be able to use the side-buttons to "go-back" in Safari. I believe (please tell me if this not correct) that intellipoint will unlock this feature.

The instruction's step-1 calls for:

Step-1 seems to install brew, however, I am reluctant to execute this command because brew cask has already been used to install applications such as sublime-text.

Error: Cask 'microsoft-intellipoint' is unavailable: No Cask with this name exists.

Per the comments I tried:

Is there a method to determine the cause of the error without performing Step-1? I am concerned that Step-1 may cause problems as brew is already installed per https://brew.sh If the fix is to perform Step-1 because it somehow adds the equivalent of a repository, I would appreciate an ELI5

Based on this thread I would like to avoid disabling the System Integrity Protection for the very old Microsoft Drivers.

I suspect the side-buttons are sending a signal and it may be possible to configure OS X per the goal.

SensibleSideButtons might help with your problem, but keep in mind it is a third-party solution, so there is a chance it won't work properly.

Not the answer you're looking for? Browse other questions tagged homebrew mouse macos .

5
Homebrew PATH error Mac OS X 10.6.8
2
"brew link node" creates/removes different number of symlinks when repeated
1
Intellipoint software on OS X Mavericks not recognizing Intellimouse
2
Compiling / installing shotdetect for OS X
3
Homebrew installation failed on OS X El Capitan. Uninstall won't work. How do I start over and reinstall?
1
Problems installing Node and NPM via Homebrew
4
Brew cask: I would like to check if the package/formula is already installed through brew or other means
3
Unable to install git using homebrew
1
Can't get QLMarkdown to work in Monterey