How can I get my Mac to use the full resolution of my external monitor? "UI Looks like" half resolution

I added an external monitor to my iMac (Retina 5K, 27-inch, 2017, running Mojave), and the results have been pretty disappointing. When I open "System Report:", I see these lines under Graphics/Displays:

What is this "UI Looks like"? Is there a way to get the full resolution of my screen?

Additional information. Thanks to @Alex for a solution that worked.

Examining the EDID data from the monitor, I see that its native resolution is 3840x2160. This is the resolution reported by "About this Mac/System Report". The "UI Looks like" half of that resolution. The Mac's native display is 5120 x 2880, which probably explains why the text was smaller and more stuff was fit onto the screen.

Going to Settings > Displays and selecting the "Scaled" checkbox allowed me to choose settings that made the text look more like what I expected on the machine's own display. Going back to "About this Mac/System Report" now shows the external display to be 6016 x 3384 and the "UI Looks like" value is again half of that resolution. I don't know if "About this Mac" is lying to me, or it really got the monitor up to that resolution.I was actually able to push it all the way to 6720x3780.

When I chose the very highest resolution, the resolution actually went back down to 3840x2160 but now the "UI looks like" was full 3840x2160 resolution.

Honestly, all I really wanted was for the Mac to put the monitor into its native resolution and then adjust the text height and other scale values to make it look right. But whatever. At least I can make it look good.

Pick one of the options - under the monitor icon it'll tell you the resolution. As others have said, Apple will automatically scale the display, but you can choose "More Space" to get a true higher resolution. 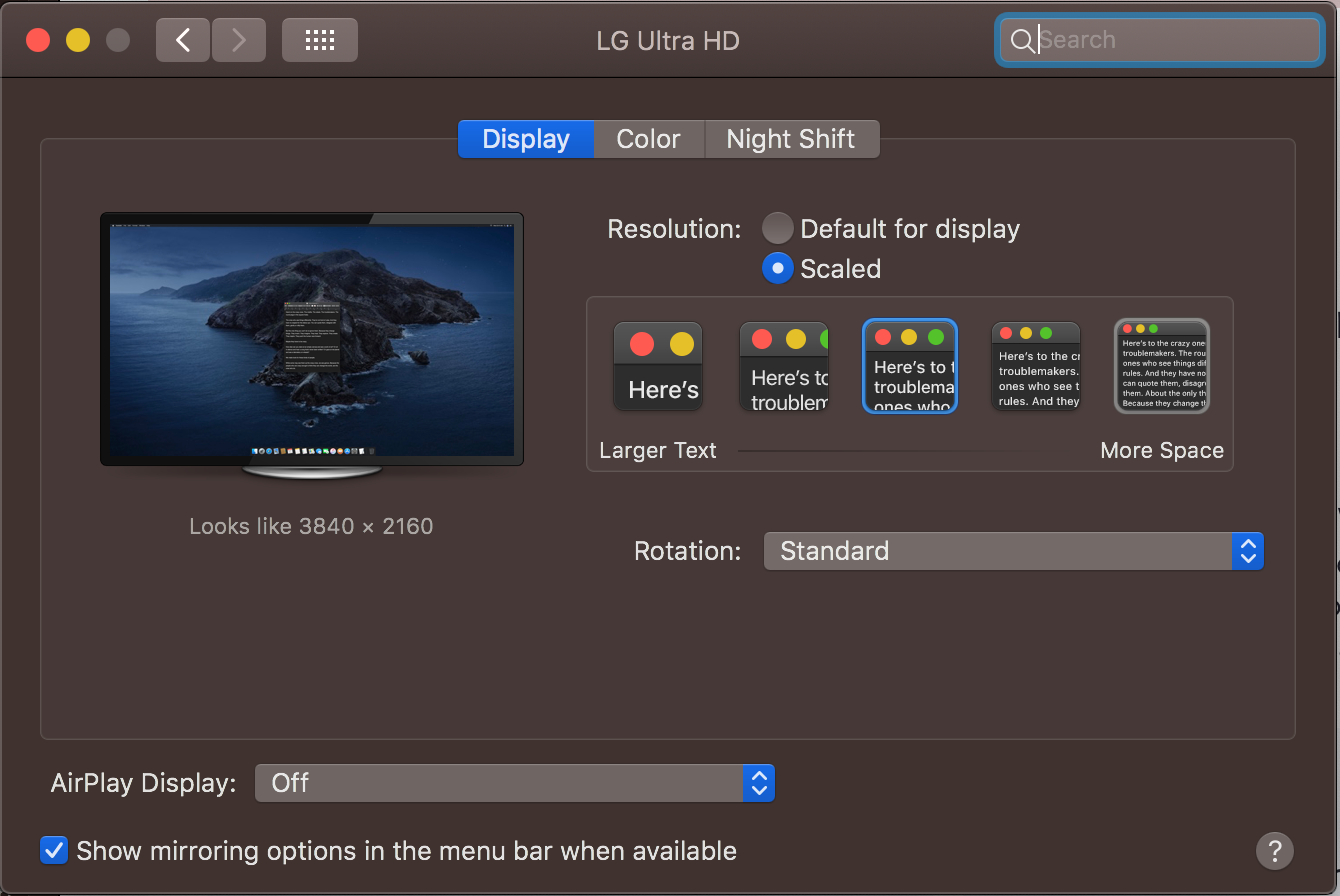