Usually, with the Aspyr Media version of Tomb Raider II on MacOS (newest version), you save game with

and load game with

However, this frustratingly overlaps with the voice control when you press

Is there a way to set a shortcut key which, when in the game, will shortcut Fn+F5 (for example, just pressing F5)? The BetterTouchTool I am using doesn't appear to be recognized within the game.

To eliminate the Fn key you would have to toggle the global control for F-Keys, in the Keyboard Control Panel 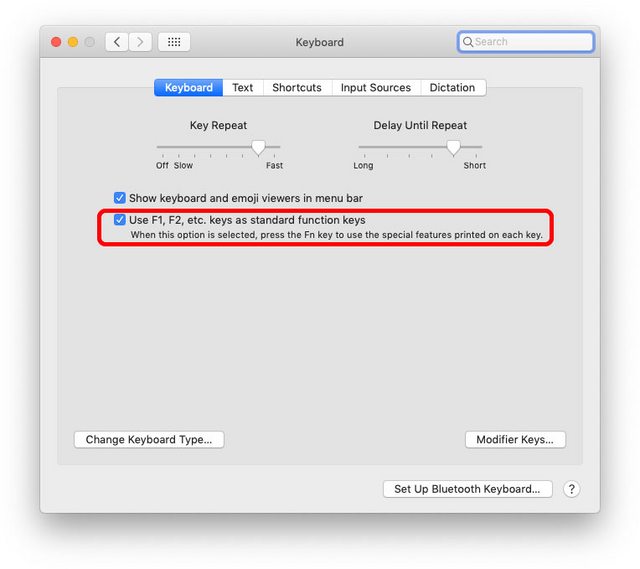 Not the answer you're looking for? Browse other questions tagged macbook-pro keyboard shortcut games .