Apple TV 3rd generation. How to download to device 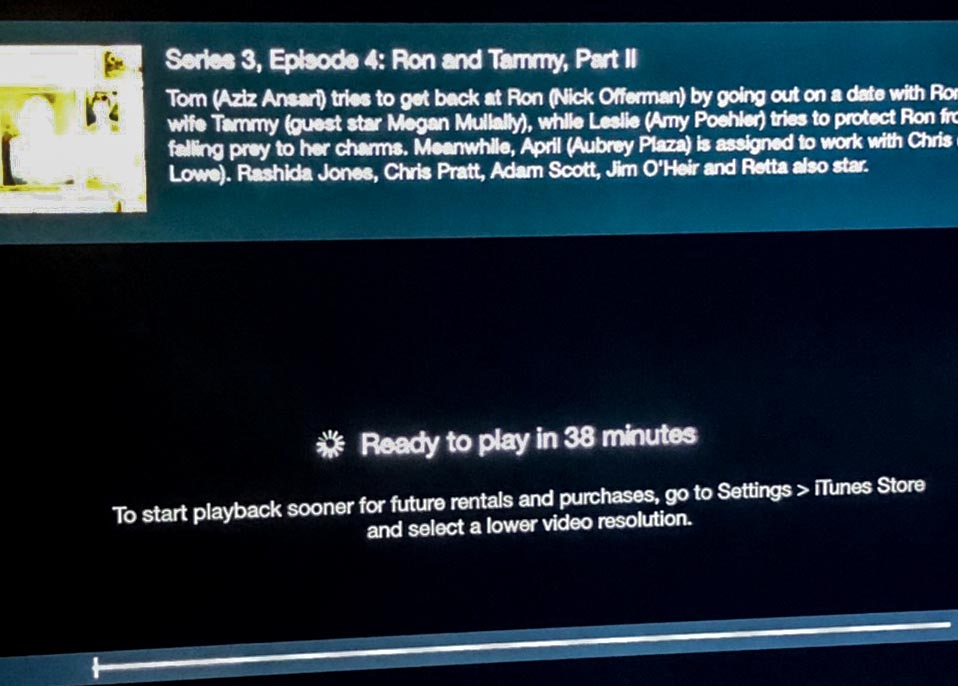 I’m fed up of seeing this sort of thing. How can I download a purchase to the Apple TV and it not be in the cloud. Thanks

The Apple TV 3rd Gen has no true storage at all & only 512MB RAM - it was discovered it does actually have a 'hidden' 8GB, but presumably that will be caching content for immediate use rather than storing a movie you watched previously.

38 minutes to download a movie/TV show would indicate your internet connection is struggling.

Not the answer you're looking for? Browse other questions tagged appletv .