Want to improve this question? Add details and clarify the problem by editing this post.

I got this error when started a VM: 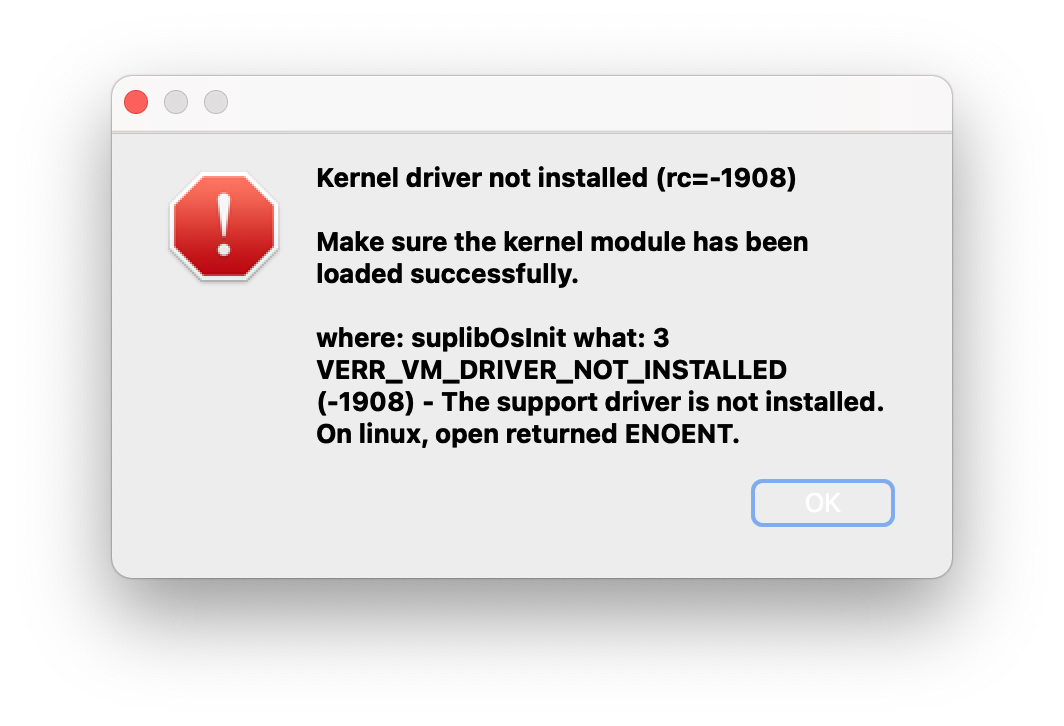 Big Sur is a developer beta, not a public release beta.

The difference being is that it's released to software developers so they have a relatively decent platform to begin work on getting their applications compatible with the new release of macOS. It's not meant for end users to gain access to the bleeding edge of macOS tech because you want the latest and greatest features.

You've gotten an error when trying to run VBox on Big Sur. It's not ideal, but completely expected. This is something you want to search for as an issue in Oracle's Bug Tracker; if it doesn't exist, you should probably report it.

If you've decided to install Big Sur (or whatever the latest build is for future readers) on a production machine, I highly advise you to rethink that. By "production," I mean one you rely on for work. It's the machine you turn on to get your work done that gets you paid so you can keep the lights turned on. A Beta version can work just fine and a subsequent release can break things to the point where you're dead in the water.

Install it on a test Mac. It could be a cheap Mac mini or even a broken LCD, busted keyboard or dead battery MacBook laptop. You just want something inexpensive you can try out the new features on. This would be my recommendation.

If that's not possible, create a second (or third, or nth) boot volume so that you can manually boot into the new OS, test and play to your hearts content and when you need to get back to work on a stable version of macOS, your original install is still there. Remember to make copious backups.

Not the answer you're looking for? Browse other questions tagged virtualbox big-sur .