How to stop Disk Utility?

I'm assuming this USB stick is toast & I'm not going to be doing anything in future with it except for one last short flight into the bin.

The stick gives the "This device is unreadable. Initialise, ignore etc" when inserted. So I go for Initialise which launches Disk Utility, I Erase GUID/HFS+ & this is as far as it gets. I've watched it now for over 4 hours, no change. 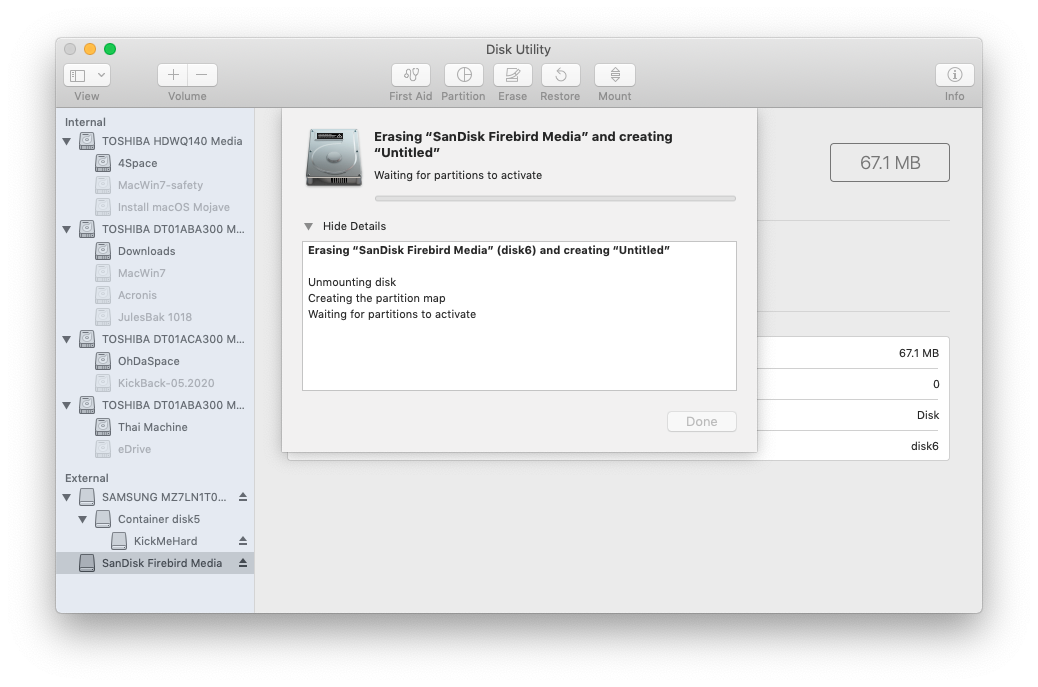 Though I could just pull the device out & bin it right now, this doesn't prevent Disk Utility from just sitting there waiting. I tried this yesterday after about half an hour, then thought I ought to reboot because I had to force-quit Disk Utility & wasn't certain what else may be left in an unstable state.

I really assumed it would eventually time out, but it seems not.

To avoid having to reboot, do we know what specific process would be waiting indefinitely? Would it be safe to force-quit? Nothing shows as not responding in Activity Monitor, and Disk Utility doesn't appear to have any child processes, when viewed hierarchically. Nothing is exceptionally busy, everything is currently under 10% CPU, barely ticking over. Disk Utility itself is at 0.0%.

It is failing to write the partition map on the flash-drive (step before formatting the filesystem) in order to do anything with it, so should be in a safe place to force-quit disk utility.

FWIW, it might be worth trying another file-system before you bin it.

Not the answer you're looking for? Browse other questions tagged disk-utility usb disk-format .