The boss has an iPhone XR (iOS 13.4.1), and I have an iPhone 6 (iOS 12.4.5). The iPhone 6 gets 100% better Mbps throughput around my house. I have validated my router health and validated network setup on both phones. I have done all the reset/forget network cycling recommended by guides like this and this and this. 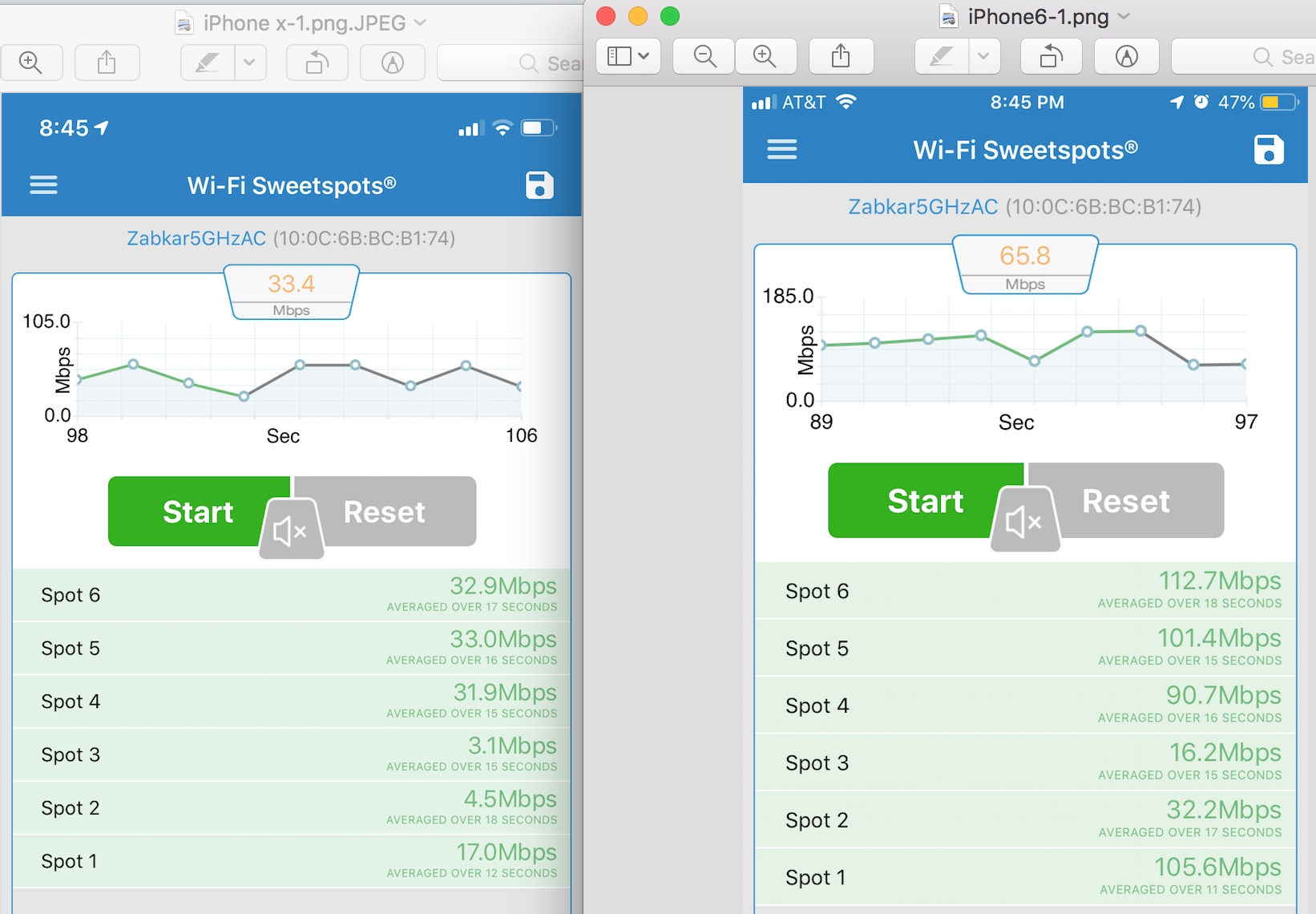 Test with bluetooth radio off on both phones: 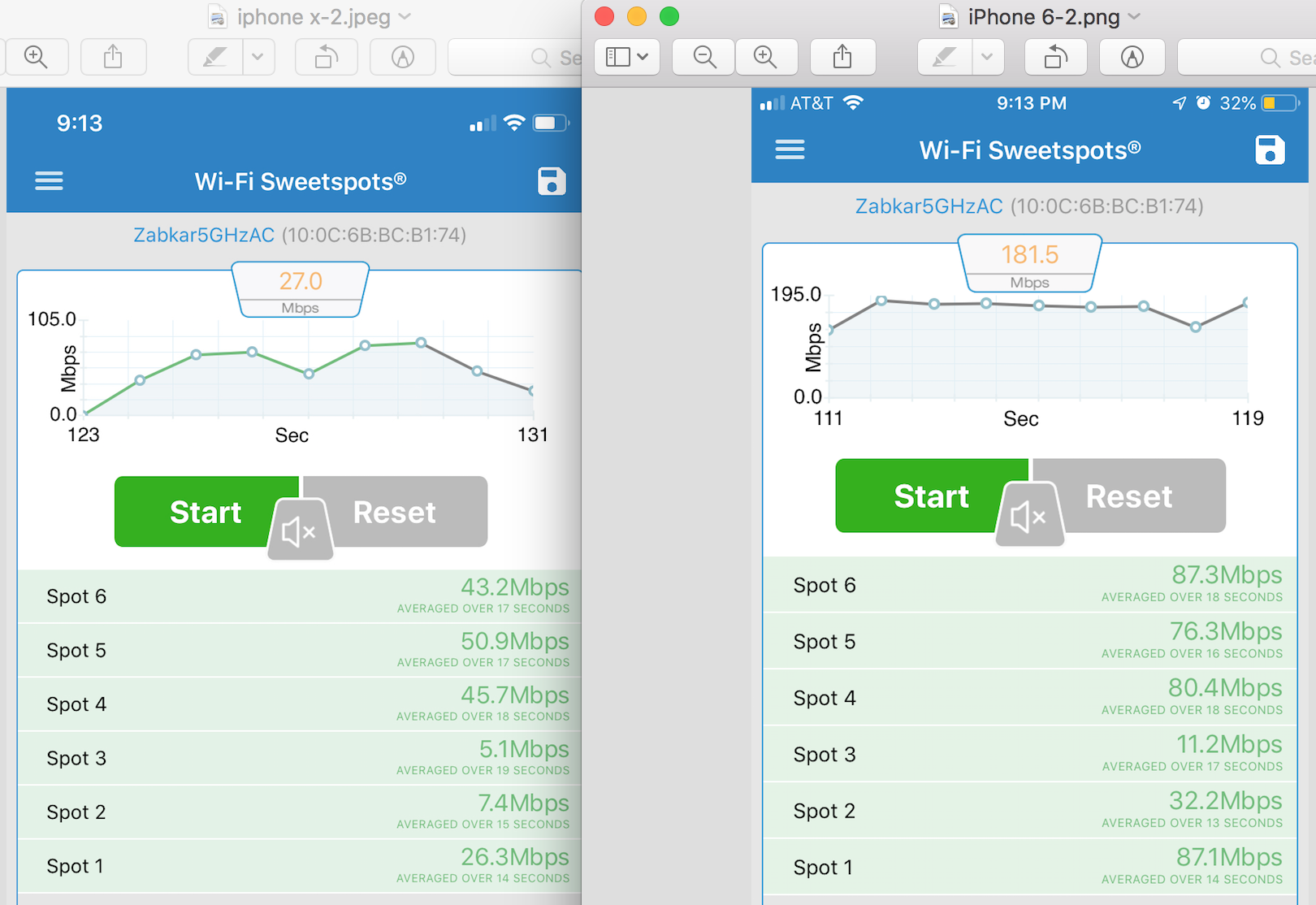 In both tests, "Spot 4" is standing directly next to the Wifi router.

Here are the recorded results in a Google Spreadsheet for at least 6 tests. The 5 of the top 6 results were for the iPhone 6 + iOS 12.4.5 combination.

My wifi was assigned to channels 7@2.4GHz and 44@5GHz, which my network analysis showed to be the only thing in the area on that channel. Also conducted a second test on alternate channels, with exclusive access; same results.

Both Phones were restarted occasionally, but not between every documented run. There was definitely a restart in the iPhoneX at least twice: once when the documented tests started, and once when I upgraded it from 13.3 to 13.4.1. Over the course of the few weeks that I have been observing the throughput metrics, the phones have been restarted ad-hoc and the slow relative behavior persists.

The following settings were in place at the time of the test:

There is nothing to fix

What you measure are hardware and software differences.

The 2 iPhones you compare have a different internal density of components and different radio hardware. With higher density of components a lot of internal reflections occurs very near from the emitting source of radio frequency. Then the interferences caused by these reflections have a heavy impact on the signal / noise ratio of the radio signal.

To give you an image of what happens with short distance reflections just stick a large plane of plastic in front of a speaker and compare the sound quality with the speaker you left free.

If you would like to improve your comparison of hardware and software performance in the WI-Fi field, I would suggest to remove any internal source of load:

There could be multiple reasons why your WiFi is slow. Did you put the router behind something because some objects that are really hard or impossible for Wi-Fi signals to pierce through. Another thing you can try is changing your WiFi channel. To do that you can use Nirsoft’s WifiInfoView(https://www.nirsoft.net/utils/wifi_information_view.html)

As discussed in the comments, you did a sufficiently detailed comparison of both devices speeds, and covered the things you can try with software. Therefore I suggest to test the hardware:

If the results are the same, the wifi unit in the iPhone XR is in some ways worse than the one in iPhone 6. If the results of the second XR are much better, the first XR is a defective unit and should be replaced by Apple warranty.

Not the answer you're looking for? Browse other questions tagged iphone ios network wifi performance .