I don't want to prevent Time Machine backups, but I'd be happy enough if backupd didn't do local backups. My TM drive is a permanently connected, internal drive.

Periodically, backupd will take up so much CPU that the entire Mac halts - even the clock in the menu bar stops [I have it showing seconds]. I also have Activity Monitor open permanently in a corner of one screen where i can easily see it without having to switch to it.
This morning I got a halt that lasted 40 seconds & when it finally kicked back into action I briefly saw backupd reading over 1,000% CPU. A second spike ocurred shortly after.

Checking the timestamp on the snapshot I got just after & comparing to Time Machine in the menu bar puts these right in the middle of Time Machine's last backup [which I'd already long-suspected.]
At these times when backupd is badly slowing the machine down, I see fairly high launchd too, though maybe at around 100% not the 10-core-eating 1000% that backupd managed.

I recycled the Time Machine drive about 6 weeks ago in an attempt to streamline things, but the behaviour seems unchanged. Drive is a 3TB Toshiba HD [one of several similar Toshibas in the Mac which all seem to be in good condition] mounted internally.

Is there any way to see what's making backupd literally grind the Mac to a halt every time Time Machine runs?

Screenshot grabbed just after a couple of big spikes this morning. I was too slow to actually catch backupd at 1000% 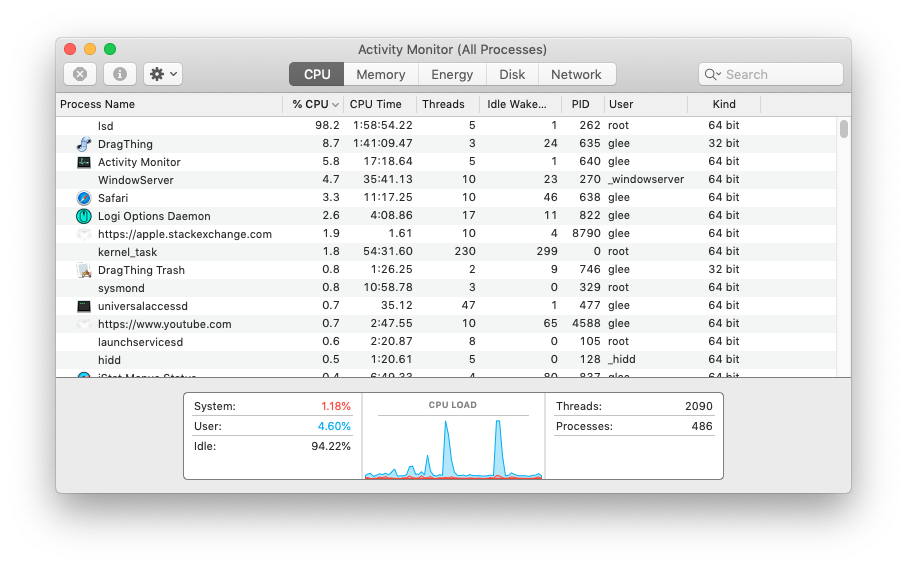 I recommend The Time Machine Mechanic as a check of your Time Machine backups. It extracts TM related data from the system logs and presents it in a friendly manner.

Not the answer you're looking for? Browse other questions tagged backup time-machine mac-pro .