How do I combine these two shell commands into a Service?

I run the following two commands on markdown files to get a nicely formatted PDF.

How would I automate this? I'd like to right-click a markdown file, navigate to services, and choose convert markdown to PDF.

I know I should use Automator and I tried but couldn't link the right steps together. In my example above, file is the filename that needs to be the argument. I got as far as starting a new Automator service, choosing Files & Folders, and Get Selected Finder Items and got stuck there.

If I am in a folder with a markdown file named test.md, then the complete command line syntax would be:

(Note: I have been able to automate this as a service and have named it Markdown to HTML)

Here is that code:

Now to convert that bit of html to PDF is something I am not able to link in. But the command line syntax for that would be: 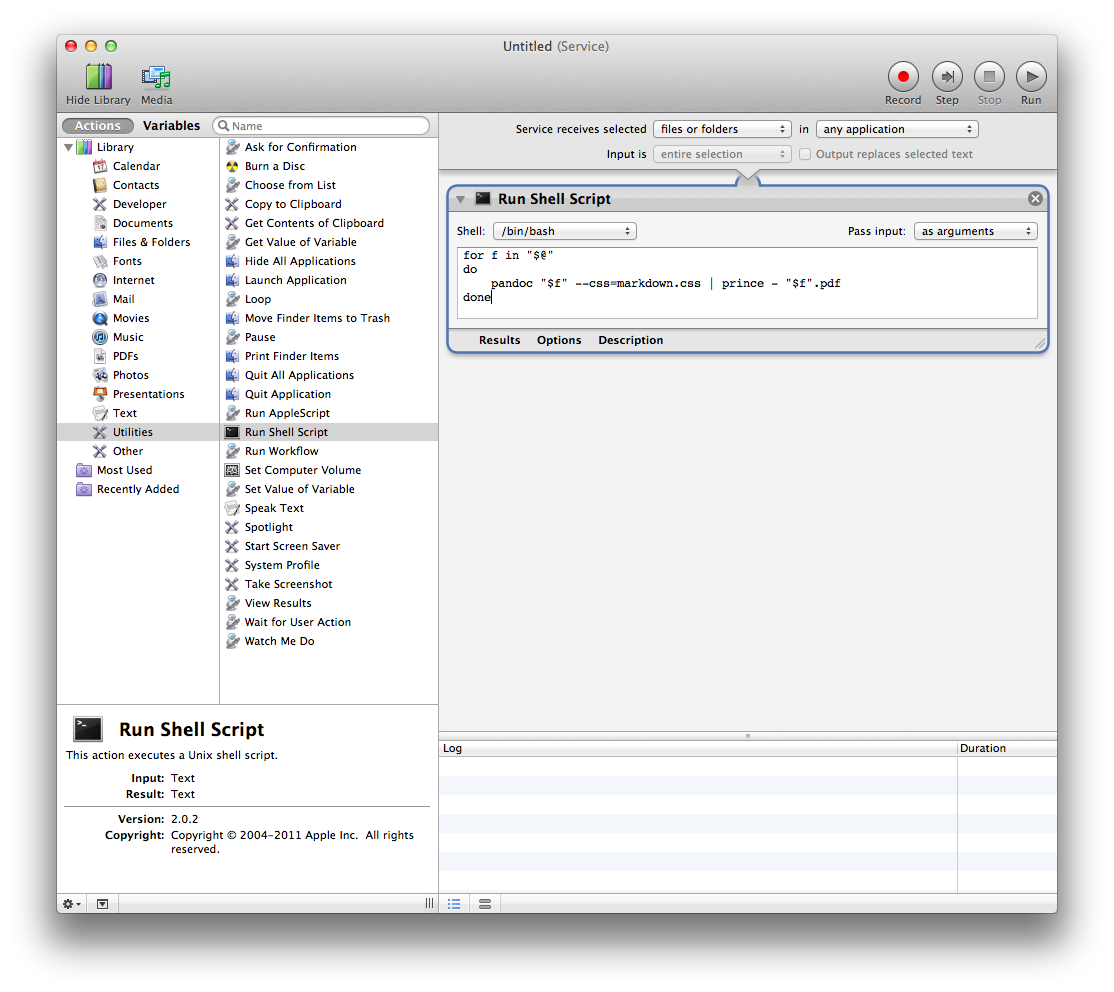 The payload is the shell script

Whatever the selected file or files, the service runs them through pandoc's Markdown parser, then takes the resulting html and processes it with prince, naming the output the original file name with a .pdf extension added.

The piping removes the need for you to manage temporary files.

Go to Automator and create a new service: 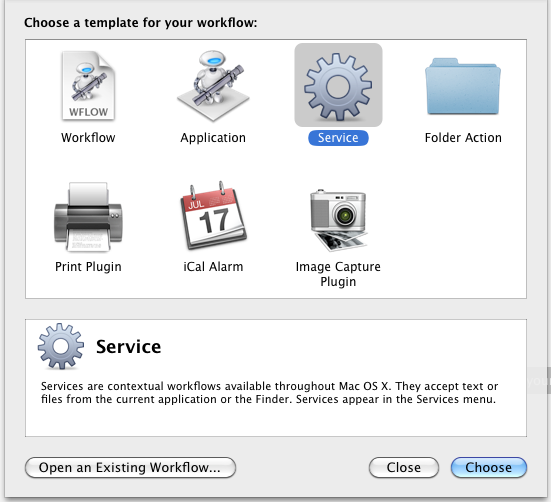 Then add a Shell Script: