What is the purpose of Docker.raw file on Mac OS Catalina?

I have Docker installed on my Mac OS Catalina and recently found very big file Docker.raw. It is 64 Gb. Is it really needed? And if so, why is it so big ?

Docker for Mac stores Linux containers and images in a single, large file named Docker.raw. To reduce its size, after having pruned the unused docker objects ( https://docs.docker.com/config/pruning/ ), open the Docker Desktop preferences, and then under 'Resources' -> 'Advanced' -> 'Disk image size': 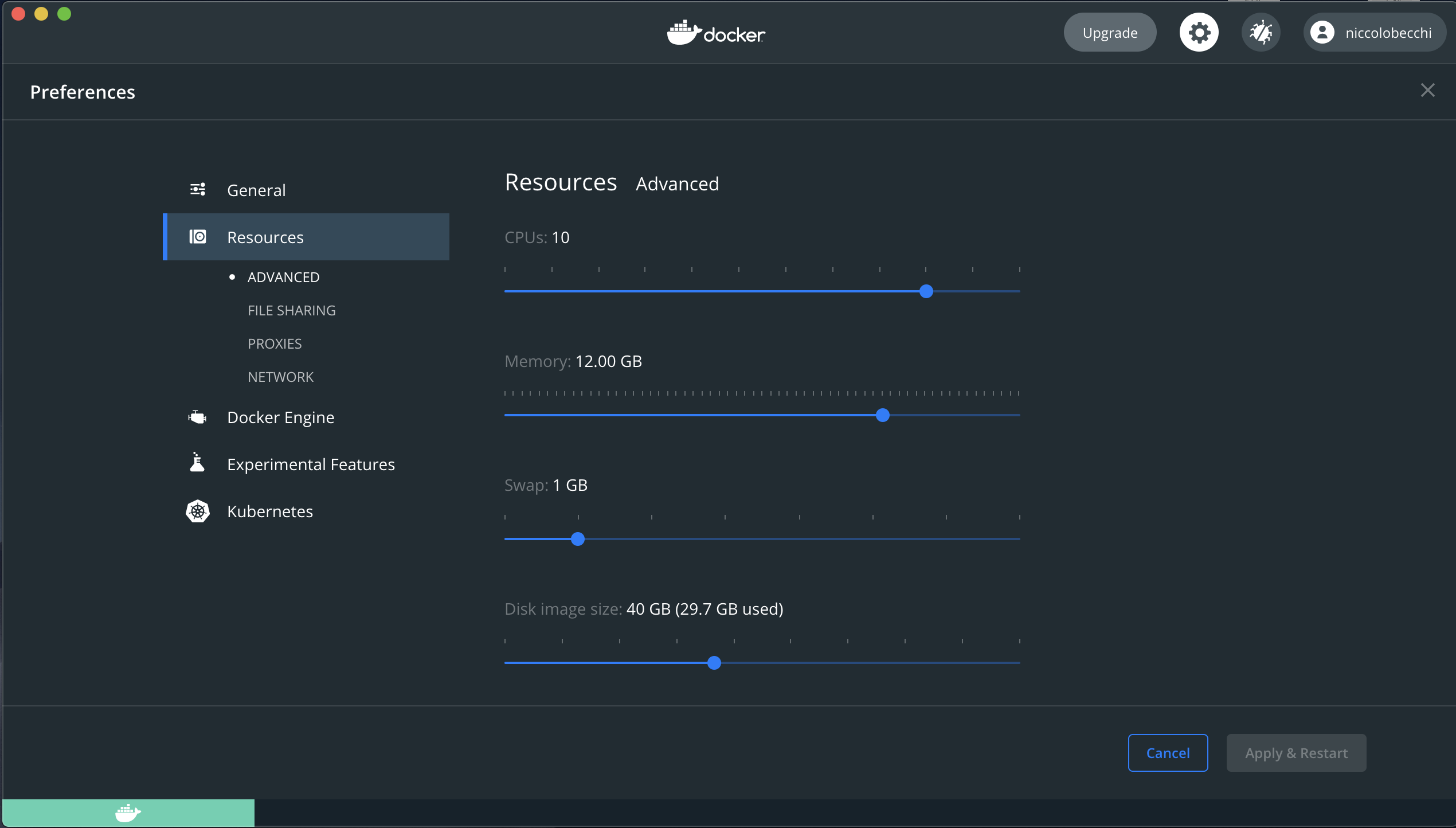 You can reduced file to less than 64GB. it's telling you how much is currently used the current data. Also Resizing to a smaller size will delete the disk image; all Docker images / containers will be lost. Other settings will be preserved.

The answer to your question is in the Docker documentation:

Disk utilization in Docker for Mac

The size of this file is big in your system because you have a lot of images and containers. You can reduce its site by pruning unused objects.

The easiest way to reduce Docker.raw file size is by setting the preferences, as Docker official page states:

Select the Docker icon and then select Preferences > Resources > Advanced.

Not the answer you're looking for? Browse other questions tagged macos catalina file docker .

3
Start docker in background at boot
4
How to Fix Generic File Icons in macOS Catalina?
8
What should I do with the X11 Security folder after upgrade to Catalina?
1
Catalina 10.15.5 Slow File Dialog
7
Cannot update from Catalina to Big Sur on compatible Mac: "The requested version of macOS is not available"