My iMac GPU failed about a week ago causing the OS to get stuck on a white screen with vertical pinkish stripes.

I’ve performed a careful teardown to reflow the GPU. While I was at it I took the chance to repaste the CPU and give the iMac internals a clean using air duster can. I’ve put everything together and double-checked the connections which look ok to me.

Upon pressing the power button, I’m greeted with 3 beeps every 5 seconds. After around 35 seconds all the fans are maxing out on top speed.

Looking on the internet I’ve seen that the basic diagnosis for the 3 beeps every 5 seconds is RAM issue. I have 4 different RAM cards (all were lightly clean with air duster). I’ve tried each on each of the iMac 4 RAM slots. I doubt that I managed to brick all 4 sticks, to be honest, but hey I guess it’s possible?

I’ve then taken the screen apart again and can see that led 501 and led 502 are lit and behaving as expected. led 503 and 504 are not led but this is what I would expect since the iMac never sounds the startup chime.

I’ve made a quick movie of the process: https://youtu.be/vrQ9qOJo2YA

Is it guaranteed that the problem is with the RAM or is it worth removing the motherboard again and triple checking everything? Is there any RAM connection to the board? Any other idea?

Some photos of the visible connections 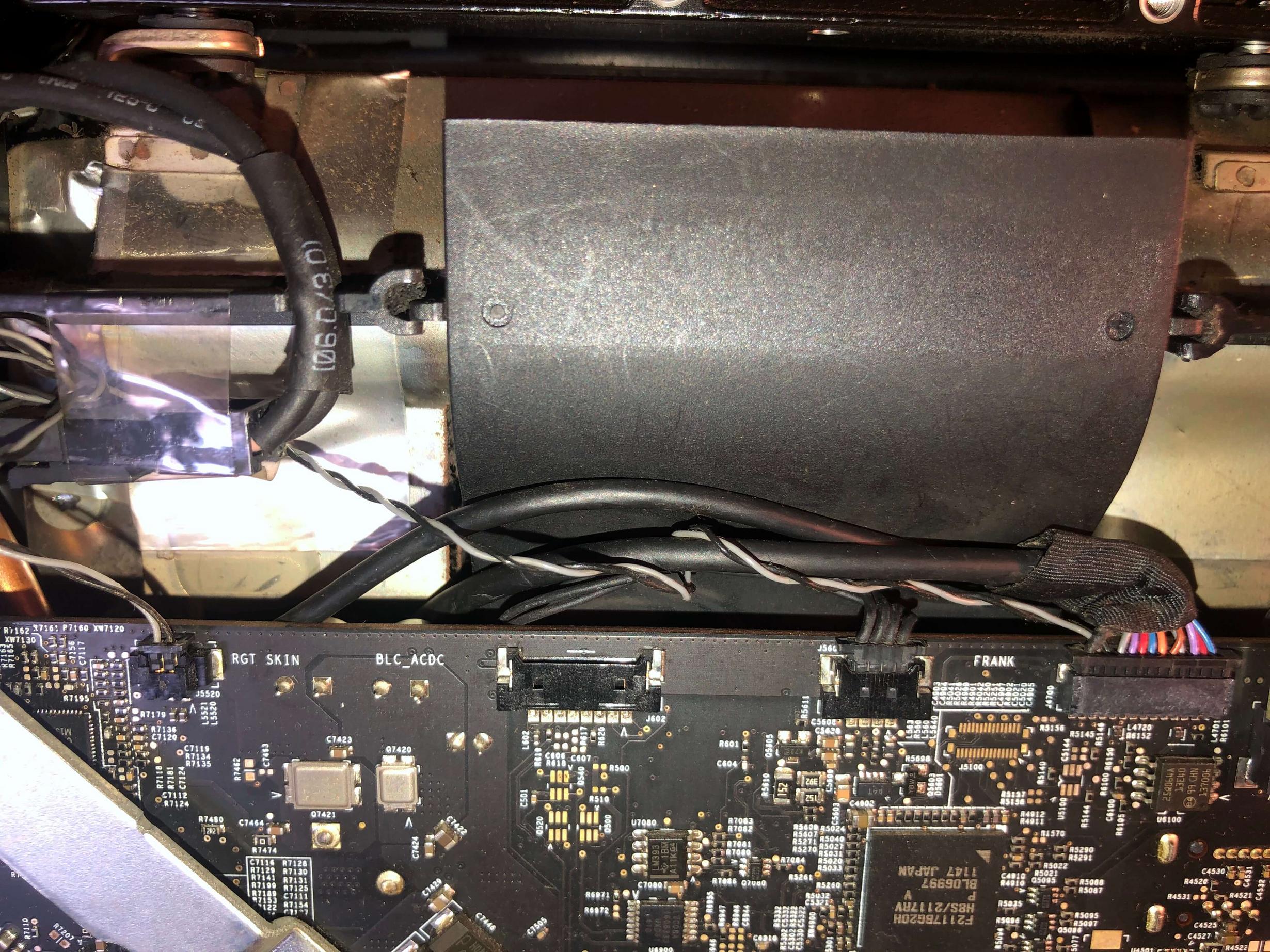 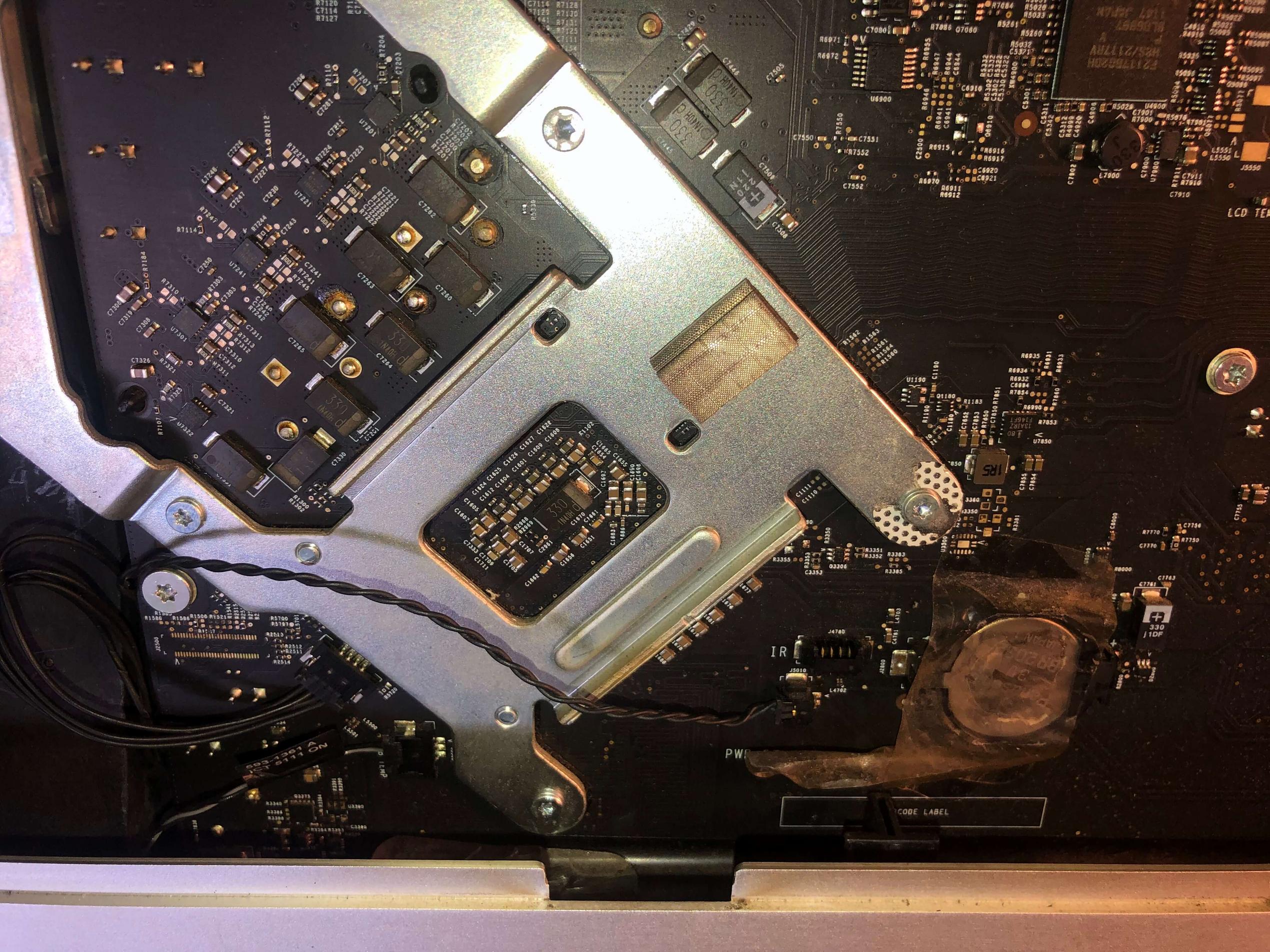 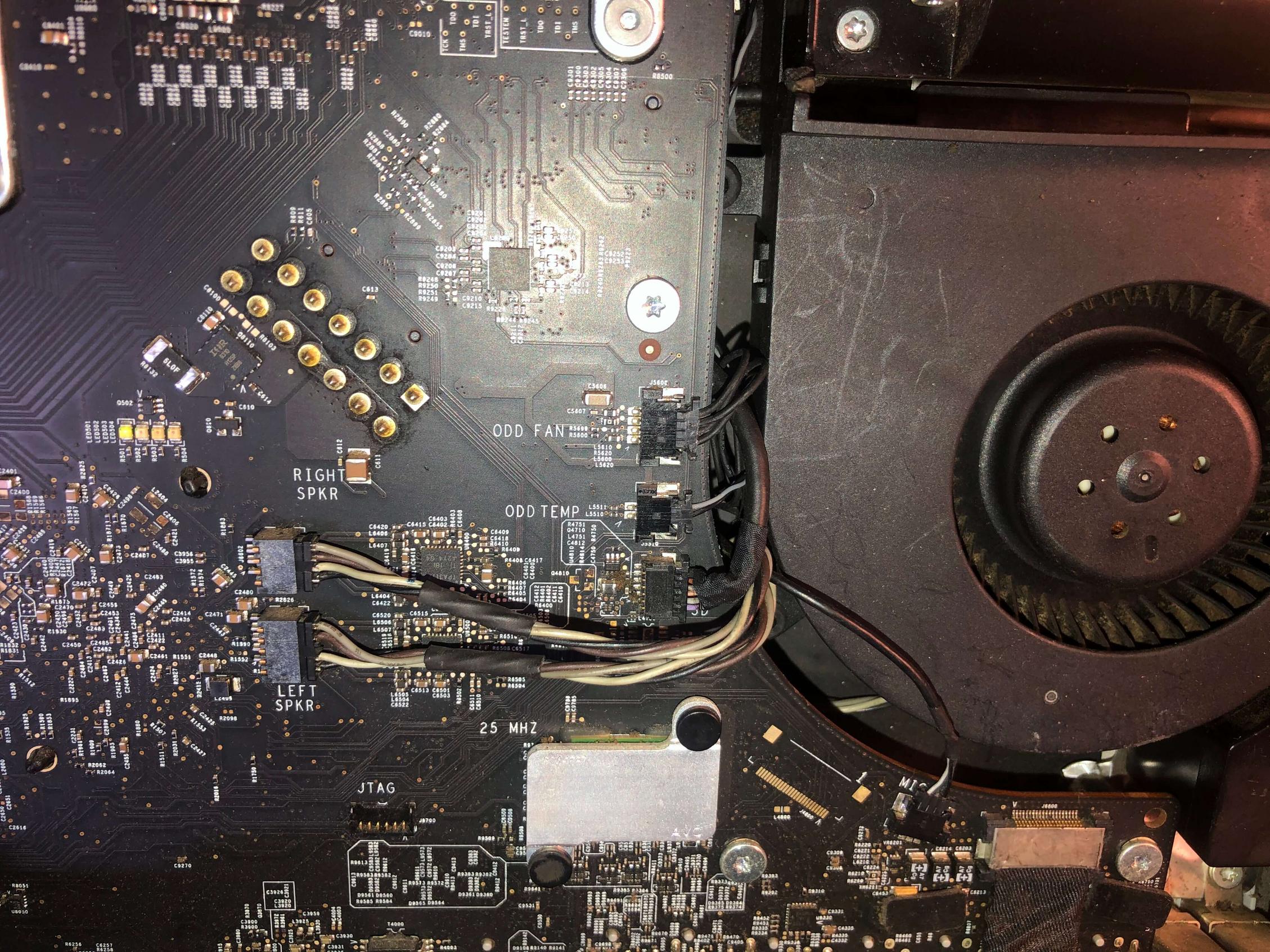 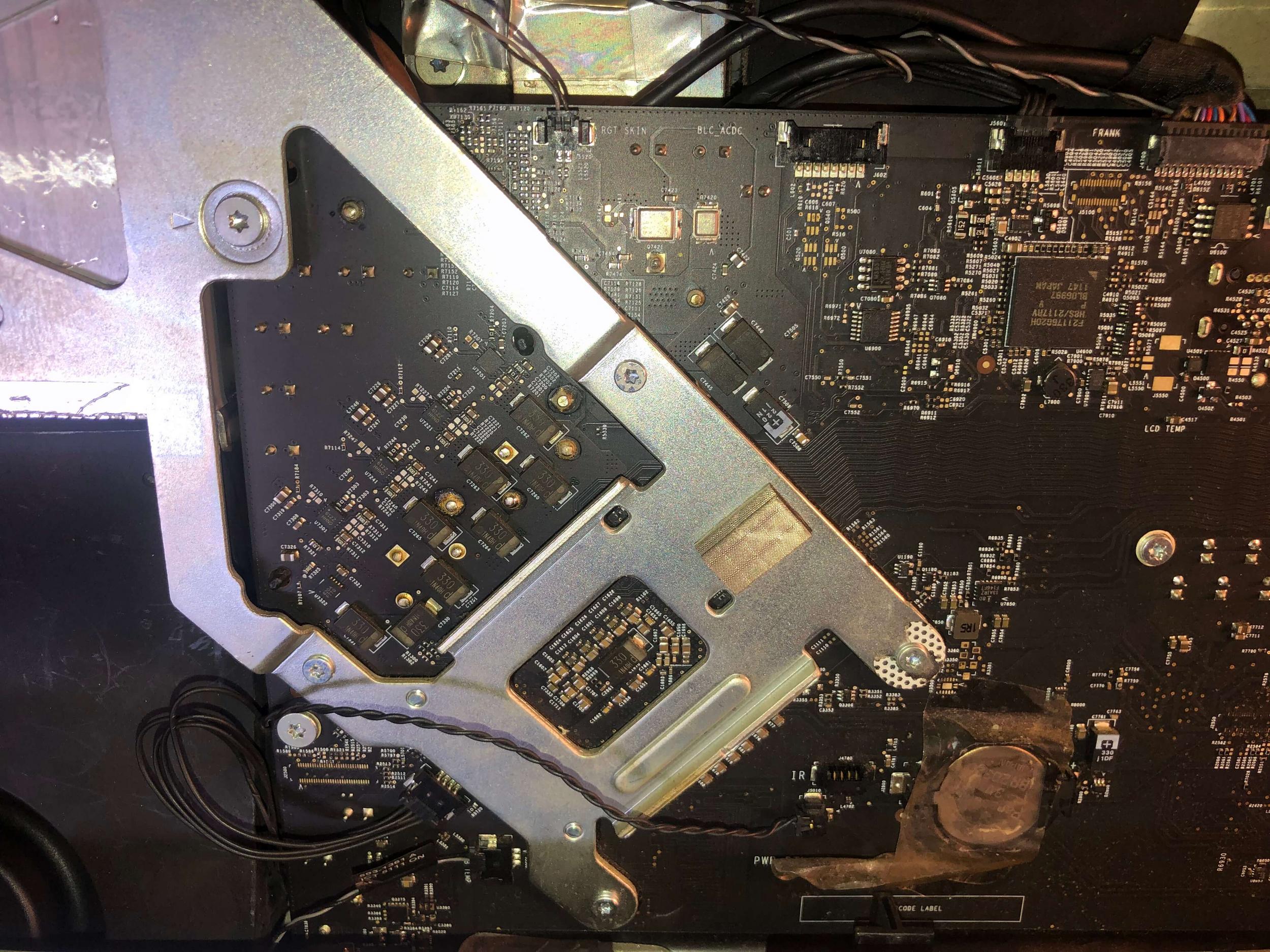 I've removed the GPU and tried to start the iMac but the same symptoms are present.

I've also taken the CPU apart again to see if I had missed something. I can the following pins a little bit bent on the CPU tray but I doubt I caused this while taking it apart. Could this be the culprit?

While trying to repaste the CPU I mistakenly thought I should pull the CPU out to avoid making a mess of it. I then proceeded to take the screw out instead of pulling the metal lever to the left. My best guess is that, as the screw was getting loose, the pins got bent with the pressure. But just a guess really 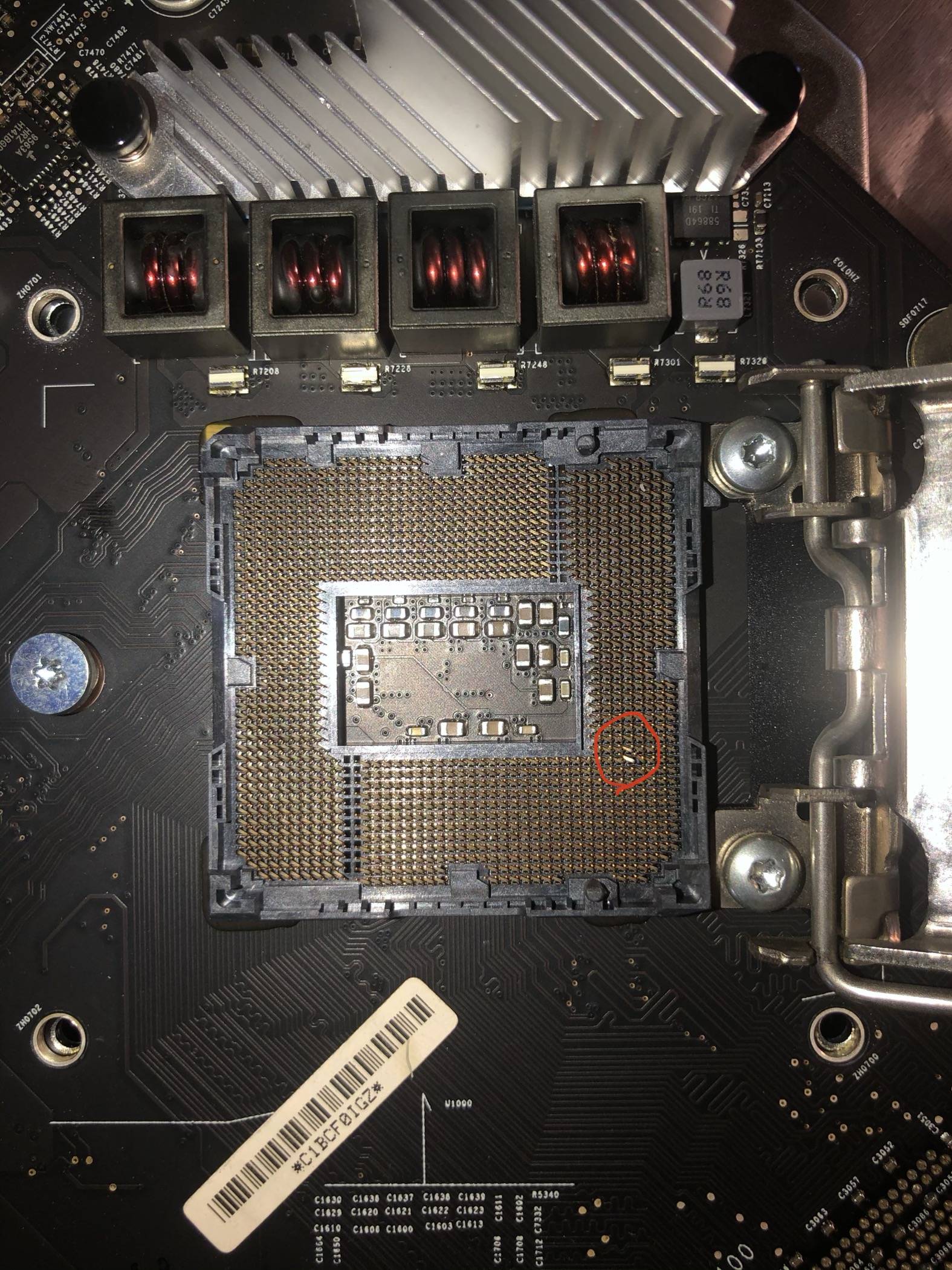 Upon pressing the power button, I’m greeted with 3 beeps every 5 seconds. After around 35 seconds all the fans are maxing out on top speed.

Normally, this would be limited to the...

To diagnose this, you want to remove all of the memory and try each module in each slot individually. The idea isolate whether it's a memory module problem or an issue with the slots on the logic board. You should get one of the following results:

If you can't narrow it down to one of those two possibilities, there's a "larger" issue that needs to be investigated.

I had removed it [CPU] the first time round to repaste it. The thought process was that the iMac was almost 10 years old and had never been repasted. 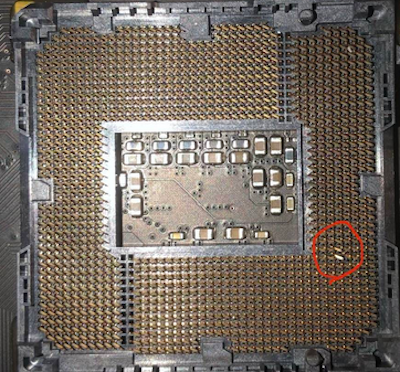 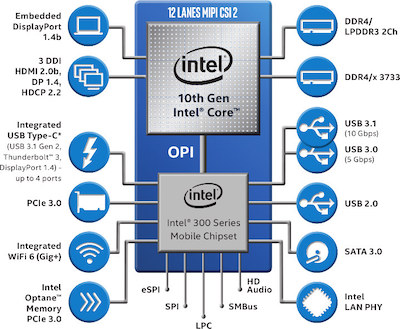 In this case, this is where the issue occurred. Intel CPUs directly connect to a number of peripherals like display and memory. (A memory buffer actually, but for all intents and purposes, it's directly connected to the memory modules). As you can see from the CPU block diagram, there are items that directly talk to the CPU, like the memory, and others talk to the CPU via the Intel Mobile Chipset. The chips that got bent just so happened to be associated with the memory of the system.

Carefully bending the pins back to being straight should fix the issue.

Going forward, while I do wholeheartedly that computers (not limited to Macs) need periodic maintenance that includes replacing the thermal paste between the CPU/GPU and heat sink components, care must be taken when doing this. You shouldn't need to to remove the processor(s), but should it be necessary, extreme care should be taken.

Not the answer you're looking for? Browse other questions tagged imac boot hardware memory motherboard .