Setting up SSD with Catalina install

I recently bought a used 2017 iMac which came with 2 physically separate drives it seems. One is the internal 32GB Apple PCI-Express Internal Physical Disk and the second one is a 256GB Samsung SSD (SATA Internal Physical Disk). It seems the previous owner had the latter swapped in for a HDD (so they were using it as a fusion drive). 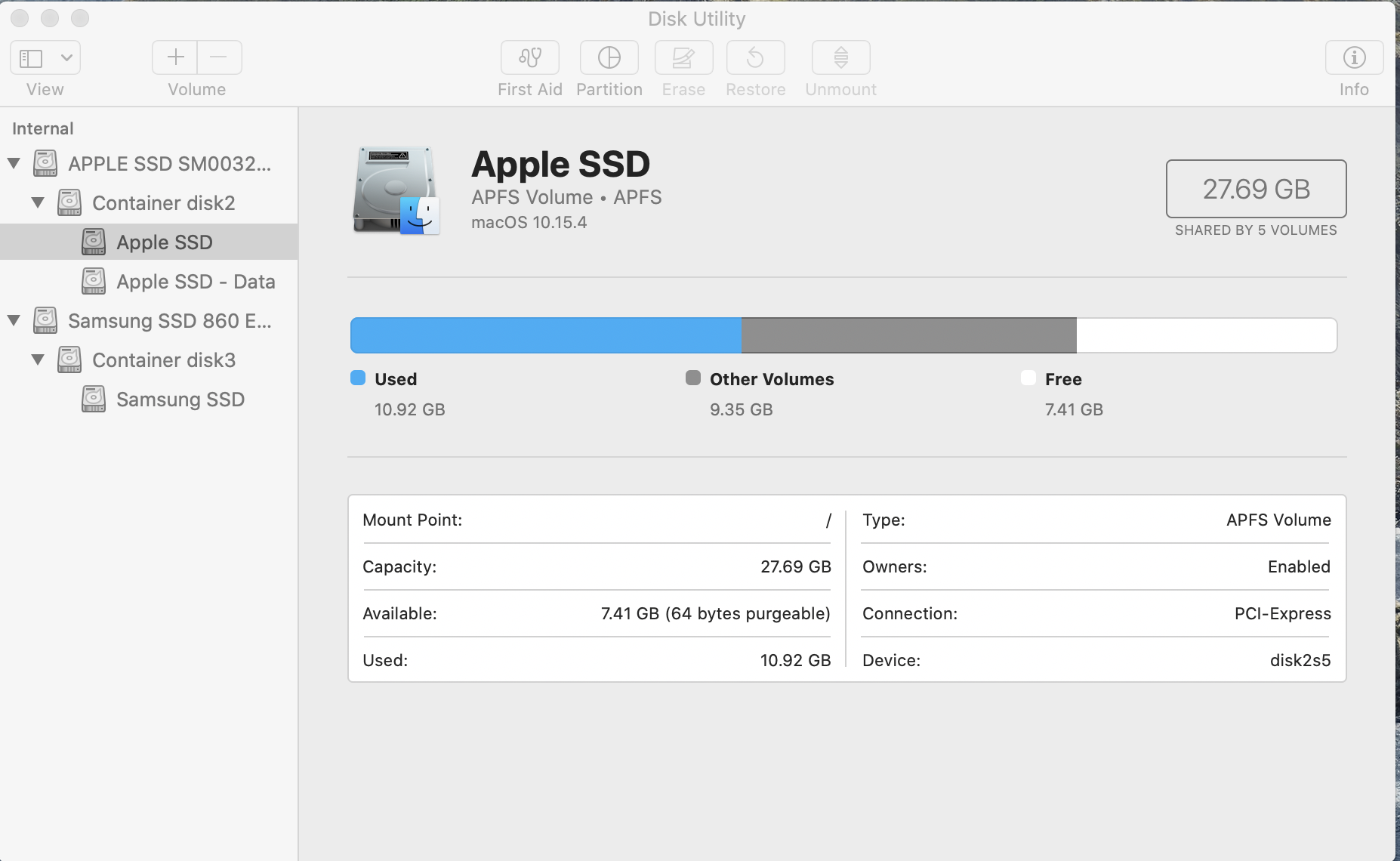 Now when I am trying to erase both these drives and install Catalina from Disk Utility menu, If I chose the Apple 32GB, it doesn't allow me to install other software on the bigger 256GB because it is only allowed on the disk with MacOS installation.

How should I set up my system so that it can take more software installations [I am thinking of using the 256GB SATA to have the MacOS but it makes my 32GB drive redundant]?

I want to be able to use the entire 256GB +32GB regardless of which one has the operating system.

I think I have what I needed (a combined drive) all of it available for use. It is now listed as a Fusion drive even though both its components are SSDs. Here are the steps I used to combine the 2 drives.

If you're using macOS Mojave or later

Not the answer you're looking for? Browse other questions tagged macos hard-drive disk-utility ssd sata .

3
Can't see new SSD when connected via internal SATA port
4
Macbook Pro Retina 13 (late 2012) SSD replacement, putting in a SATA 2.5' SSD drive?
6
Where can I buy a replacement Mac pro 2013 SSD drive?
1
Macbook SSD Formatting Problem
0
How much faster is an external SSD than external HDD if internal drive is SSD?
0
How do I clone from a Mac OS Extended (Journaled) spinning hard drive to a new SSD on 10.13.6
0
Disk Utility shows me three hard drives with the same name. How do I find the physical hard drives they refer to?