How to record soundcard audio and output to speakers with the BlackHole driver?

I have installed the open-source BlackHole driver on macOS High Sierra and have set BlackHole 16ch as both the Input Device and Output device (e.g. via Option+click on the volume icon in the Mac menu bar).

With this setup when launching QuickTime Player > File > New Screen Recording clicking the chevron now allows selecting BlackHole instead of the microphone, and the captured recording uses the better quality audio directly from the sound card rather than the microphone. 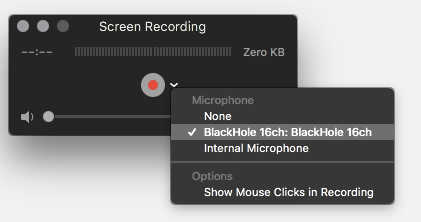 The problem is that while recording there is no real-time audio output via the speakers. 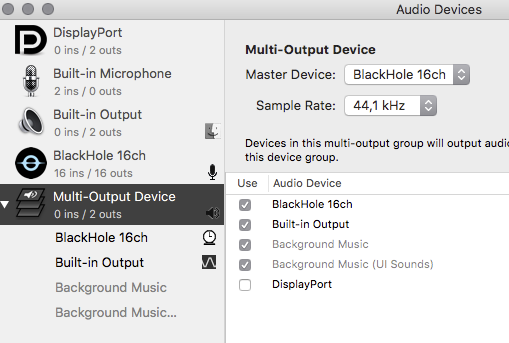 Is it possible to both record the sound card audio and output it in real time to the speakers?

NOTE: The audio I need to capture is not from the microphone but from an app.

The steps below are for BackgroundMusic, another open-source driver which works pretty much the same as Blackhole. The same steps have also been verified to work with BlackHole. 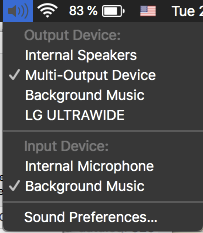 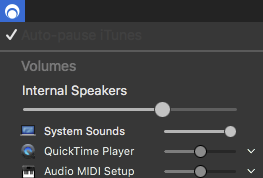 Both BlackHole and BackgroundMusic seem to cause occasional crashes of the Audio MIDI Setup app, and are not yet 100% stable and reliable (at least not on the MacOS version I tried), but they do work. I would classify both drivers as 'not-100%-stable' at the time of writing.

I found a much more easy way to do it using GroundControl CASTER:

3
How can I use Audio Midi Setup utility to create a multi-output device with multiple AirPlay speakers?
2
How do I use Soundflower with El Capitan on my MacBook Air and hear my computer audio while recording with QuickTime?
5
How to record system audio? (Soundflower not working)
3
Capture both audio and video from iOS device via USB in OBS