Is there an application like Connectify for Mac OS X Lion?

There is a well known app for Windows named: Connectify, used to share a wifi connection between a computer that only has wifi with other devices which requests that connection from the computer.

What's the best alternative for this app on Mac OS X Lion?

You don't need to use a separate application. You can share wi-fi without any app. Go to System Preferences>Sharing>Internet Sharing: 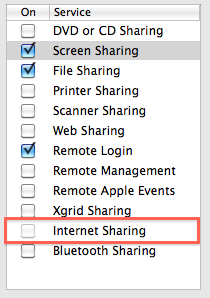 You will be prompted to enter a network name and a password (if you choose to). It does also require you to have a hard-wired Internet connection. (If you are wondering why my sharing checkbox is greyed out, it's because I don't have a hard-wired connection)

You can also click on the Airport icon in the menu bar and then click "Create Network..." 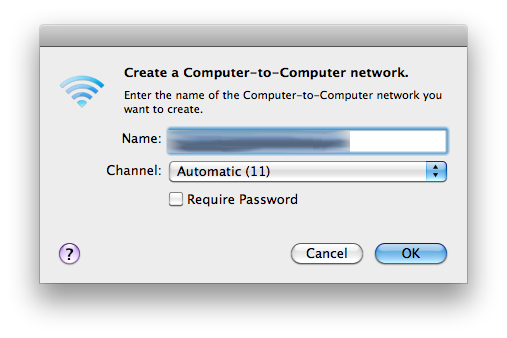 The network architecture in Windows 7 has been redesigned and is more advanced than being able to just create a WiFi hotspot.

On a Mac, you can create a WiFi hotspot, only if it is from an Ethernet/RJ45, modem (3G/dun/PPP), Bluetooth or FireWire Internet connection as your source. The built-in hotspot will then use either of these source Internet connections and make it available via a WiFi hotspot through the built-in wireless interface. But, if you are connected to the Internet on a Mac via WiFi in the first place, then you cannot use that same built-in wireless interface to create the hotspot. In short, what you are asking does not work on a Mac running OS X. But it does on Windows!

Another use for this Windows-only functionality is for software like Connectify that allows you to use your laptop as a wireless access point (AP) when you travel. For example, you might settle into a hotel room, pay for an Internet connection for your MacBook, and then want to share that connection with your iPhone, iPad, and other devices.

Lastly, if you use the "create network" option on a Mac, you can join a wireless network (like ad-hoc mode), but will NOT be able to use your wireless Internet connection. Good for sharing printers and files, but not Internet.

The above answers a good except for one thing: that you can share wi-fi to wi-fi as long as you have two adapters. I use an extra usb adapter to share the internal wi-fi of my macbook. Works perfectly fine.

Other users have done the same thing, and it worked like a charm. This was after struggling to use two different travel routers that were equipped with "cafe mode" capabilities which were supposed to allow WiFi to WiFi sharing.

After reading Andre's post, I zipped out and picked up the EnGenius EUB9801 wireless USB adapter. This has a driver for Mountain Lion which can be downloaded online. I then used the Sharing capability built into the Mac as described above. I connected to the available WiFi network using the EnGenius (so the input to my sharing is 802.11n) and shared through wireless (the internal "airport" wireless card). Once you have a USB adapter hooked up, WiFi to WiFi sharing becomes possible in this way. And, it's possible to connect multiple devices to the hotspot created by the airport, and to set up WPA2 Personal security (just click on WiFi Options on the sharing screen to set up security and to change your hotspot name if you'd like).

Mac OS X has an "internet sharing" feature in the Sharing panel in System Preferences.

As several people have already figured out in the question and answers here, it lets you share the connection from one hardware interface via any other hardware interface, but it can't use a single Wi-Fi interface as both the main connection and to re-share. (Windows 7 can do this, thanks to "network virtualization" features added by Microsoft, which essentially allows a single hardware Wi-Fi interface to respond to multiple SSIDs, and that's the underlying feature that Connectify leverages.)

One option that Mac OS X has that isn't quite an answer to this question, but is useful in some of the same situations, is that it can use Bluetooth to create a Personal Area Network (PAN), and its internet sharing feature can share the internet connection from Wi-Fi over the Bluetooth PAN, as documented here.

I've used this successfully to get an iPad to piggyback on a Macbook's Wi-Fi connection, so both were able to access the internet simultaneously in a hotel where I could only get one device on Wi-Fi. I was not able to get an iPhone 4S to connect to the PAN in the same situation, but supposedly it works for iPod Touches. I don't know if other computers (Mac OS X, Windows, Linux or otherwise) are able to join the PAN and use it as their internet connection.

To share a wi-fi connection, click on the wi-fi icon in the menu bar and choose "Create Network". Specify a network name, channel, and security option (non, 40-bit WEP, 128-bit WEP). If you specify one of the WEP security options, you will also set a password. Press "Create" to establish the new shared network, and other computers and devices can join the shared network.

Not the answer you're looking for? Browse other questions tagged macos software-recommendation wifi .

18
How do I share a Wi-Fi connection via a Wi-Fi hotspot?

203
Best app to switch between all open windows
4
Sharing a VPN connection using Internet Sharing (via Airport)
1
Custom Themes for Mac OS X Lion
2
MacBook Wi-Fi can't connect on Connectify: invalid password
1
Is there an application like Connectify for OS X El Capitan?
1
WiFi hotspot without internet provider knowing?
2
How do I bridge a wifi connection from MacOS