Can a 2014 15" MBP simultaneously run both 4k and QHD external monitors?

There have been other questions about running multiple monitors with a mid-2014 MBP:

But none specifically addresses the question of whether it can do 4k + QHD.

Also, if it can run the QHD, can I connect it via HDMI, or would I need TB?

I'd prefer to hear from someone who is (or has tried to) actually run both a 4k and QHD on a 15" mid-2014 MBP w/ the above-listed graphics card.

Here's a screenshot from the Graphics/Displays section of the System Information report: 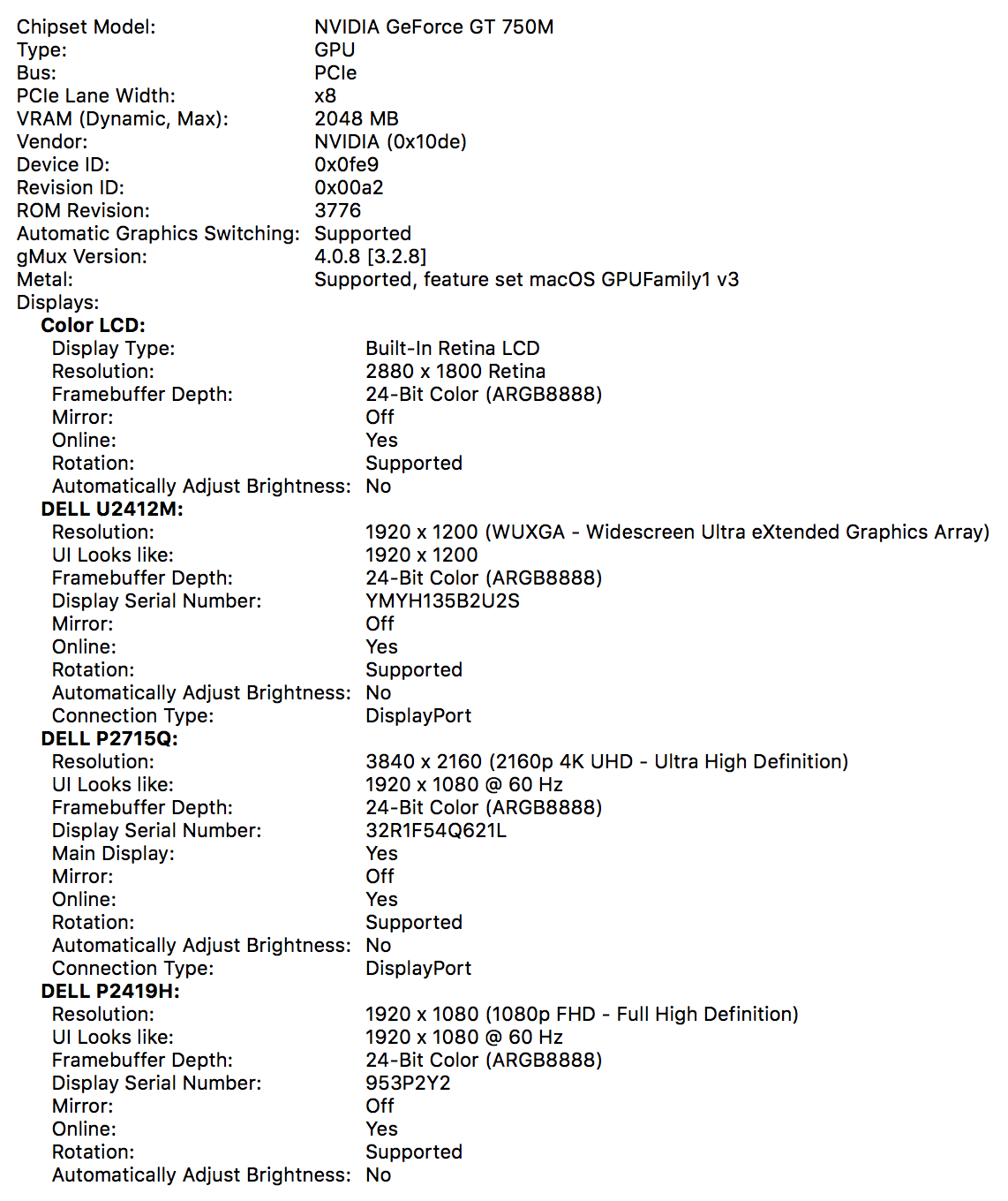 5
Easiest way to connect two non-thunderbolt monitors to my Macbook Pro 2017 and charge it at the same time?
3
mid-2014 rMBP multiple monitors
1
Running 3 External Monitors off a Mid 2014 MacBook Pro

1
Why does MacbookPro Retina require the dedicated GPU to access external displays?
4
What Causes rMBP Fan Noise When Connected to Two External Monitors
1
Full screen mode across multiple monitors on Yosemite
1
Run two 4K and one non-4K external display from late 2013 Macbook Pro
2
Can Mid-2010 MacBook Pro 13" drive 2560 x 1440 external display
2
How do I know if a graphics card is sufficient for a given external monitor? (Time-sensitive)
0
Why aren't 2 external monitors working with MBP (mid 2014)?