Why does installing a package create a directory on my desktop?

When I install a package, it creates a directory with the name of the package on my desktop. In Finder it looks like a new external drive: 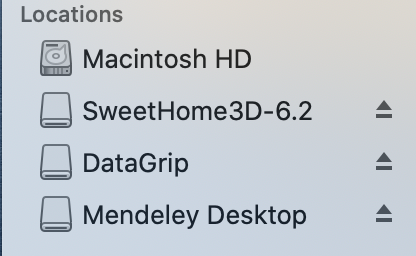 Why is that? Should I always remove those drives after installation? Or did I do something wrong and this should not show up?

This is normal. These programs have been downloaded as virtual disk or .dmg files.

For example Mendeley Desktop is a program supplied as Mendeley-Desktop-1.19.4-OSX-Universal.dmg file. When you open the downloaded file by default you will see it appear on your desktop and as a removable drive in Finder. 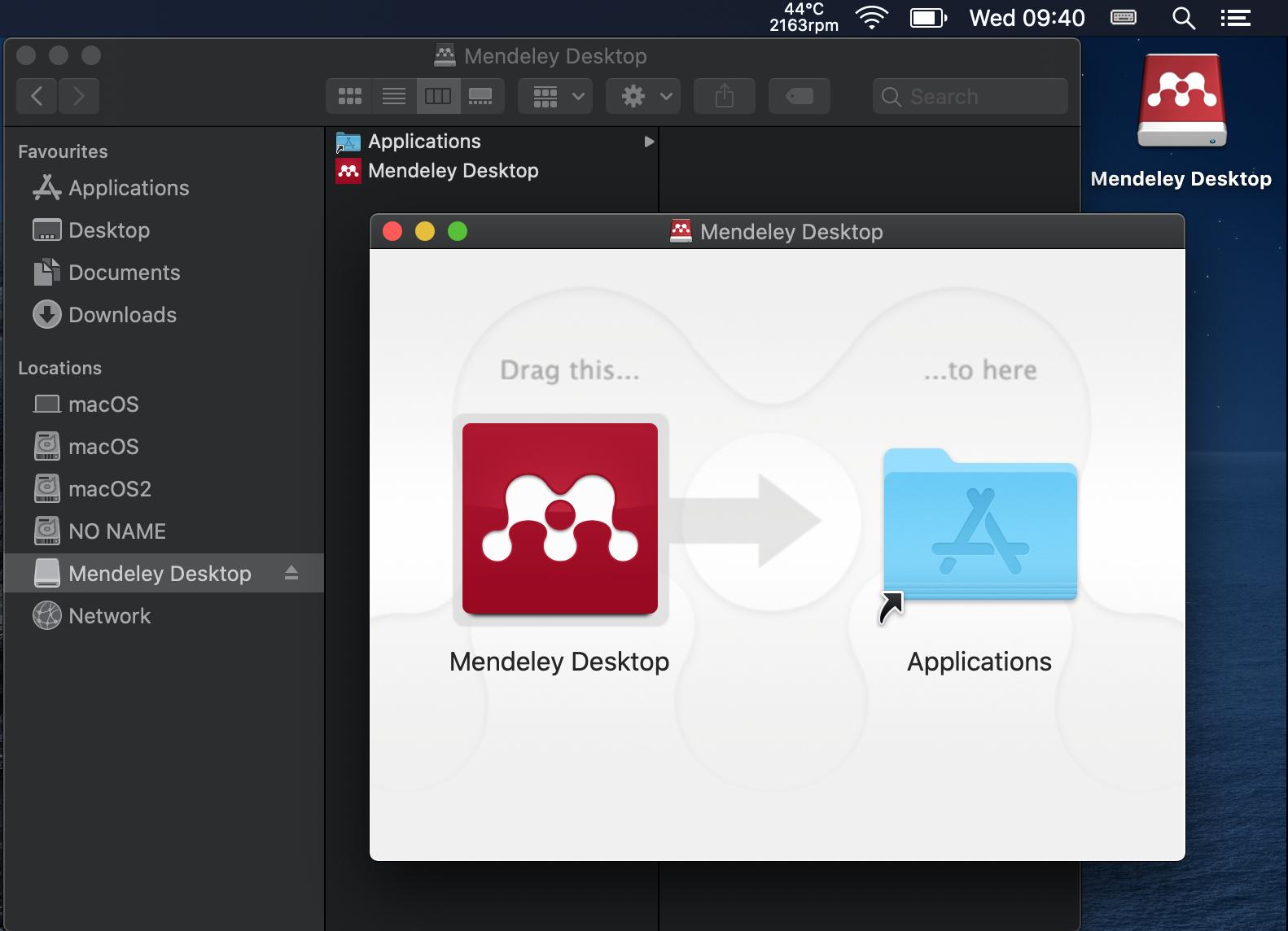 Once you have dragged the application to Applications you can eject the virtual disk in Finder and then delete the downloaded .dmg file.

Note some programs - MS Office for example - are supplied as packages (files ending in .pkg) rather than .dmg files. When you run this type the program is installed without mounting a virtual drive and macOS will automatically prompt you to delete the installer file once done.

This is basically like if you had mounted a USB disk (or a CD Rom for older people) with the intaller on it. Hence the eject sign on the side. Once you're done installing, you can hit the eject button, that will "unmount" the drive. It should then disappear from where it was (in your case, the desktop).

I suggest you go to Finder, View menu → Columns. Now Go menu → Computer. You should see what Macintosh HD is, what is inside it etc. Some folders deep you'll see the default/ main folders: Desktop, Downloads, Movies, Pictures etc. Unlike windows, Desktop is not at the top of hierarchy.

As for the three new "dirs", they are volumes, mounted to install new software; could also be used to share files etc. Such icon would also appear if you mount a pen drive. They can be ejected as long as no other process is using them.

The icon you see at the desktop is a shortcut to the volume for easy access, after it is mounted. You can right click on it, select Get info and see its location. Most probably, it would be Downloads.

Just be safe when downloading DMGs from the internet. Specially the ones who claim to be some software but then send an Adobe Flash installer. Open a dmg (not a .pkg), see its contents, and size and if anything is suspicious, eject it and delete it.

Further, don't give root passwords to unknown installers either. Unlike windows, there is no "Run as administrator" and in day to day usage, I don't need to use sudo much often.

Why does installing a package create a directory on my desktop?

That's not a directory on your Desktop, but the icon for mounted disk image.

As the other answers have aptly mentioned, a lot of apps for macOS are distributed packaged in a disk image (typically a DMG file). Executing (by double-clicking or opening) a DMG file mounts the disk image, and it appears to users just how a mounted disk (external/internal hard drive, thumb-drive etc.) would appear in macOS.

A mounted disk (which could be Mac's built-in hard drive, a connected external USB drive, network storage, or a DMG file) can appear in two places:

The visibility in the former case can be toggled to show/hide the mounted disk(s). You can do so by opening Finder Preferences (either from the Finder Menu → Preferences... or using the keyboard shortcut Command + ,).

Now in the Finder Preferences window, select the General tab and check/uncheck the External disks item to show/hide the mounted DMG(s) from the Desktop. 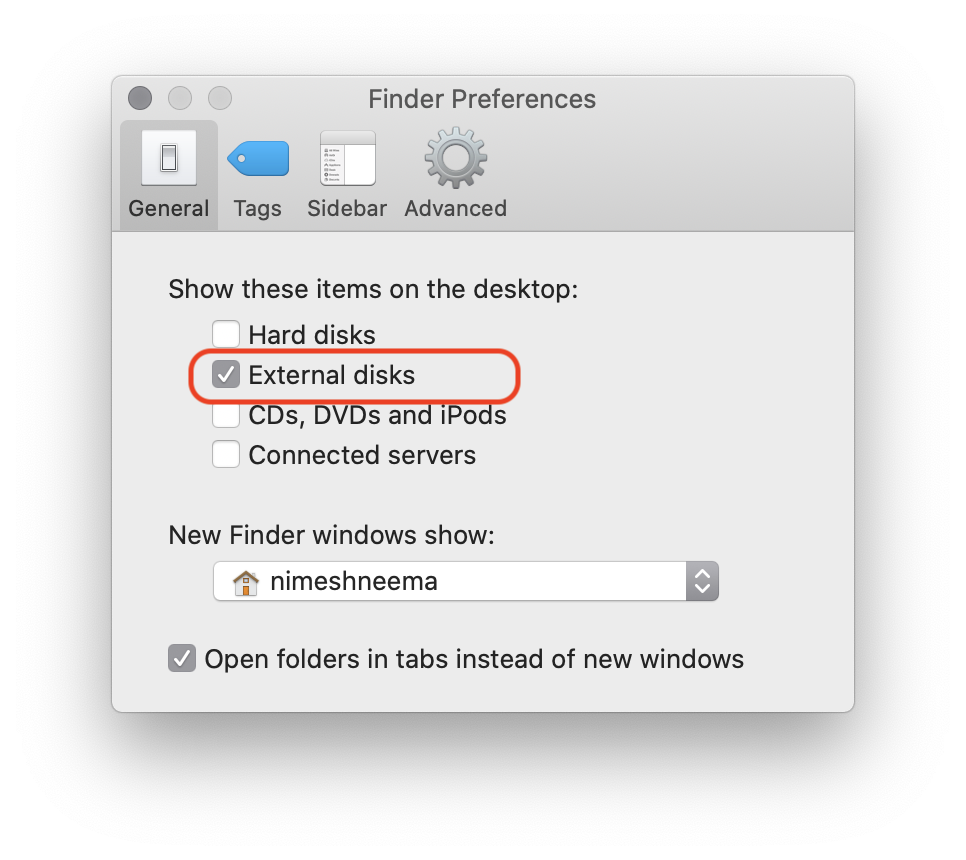 Open a Finder window/tab, and: 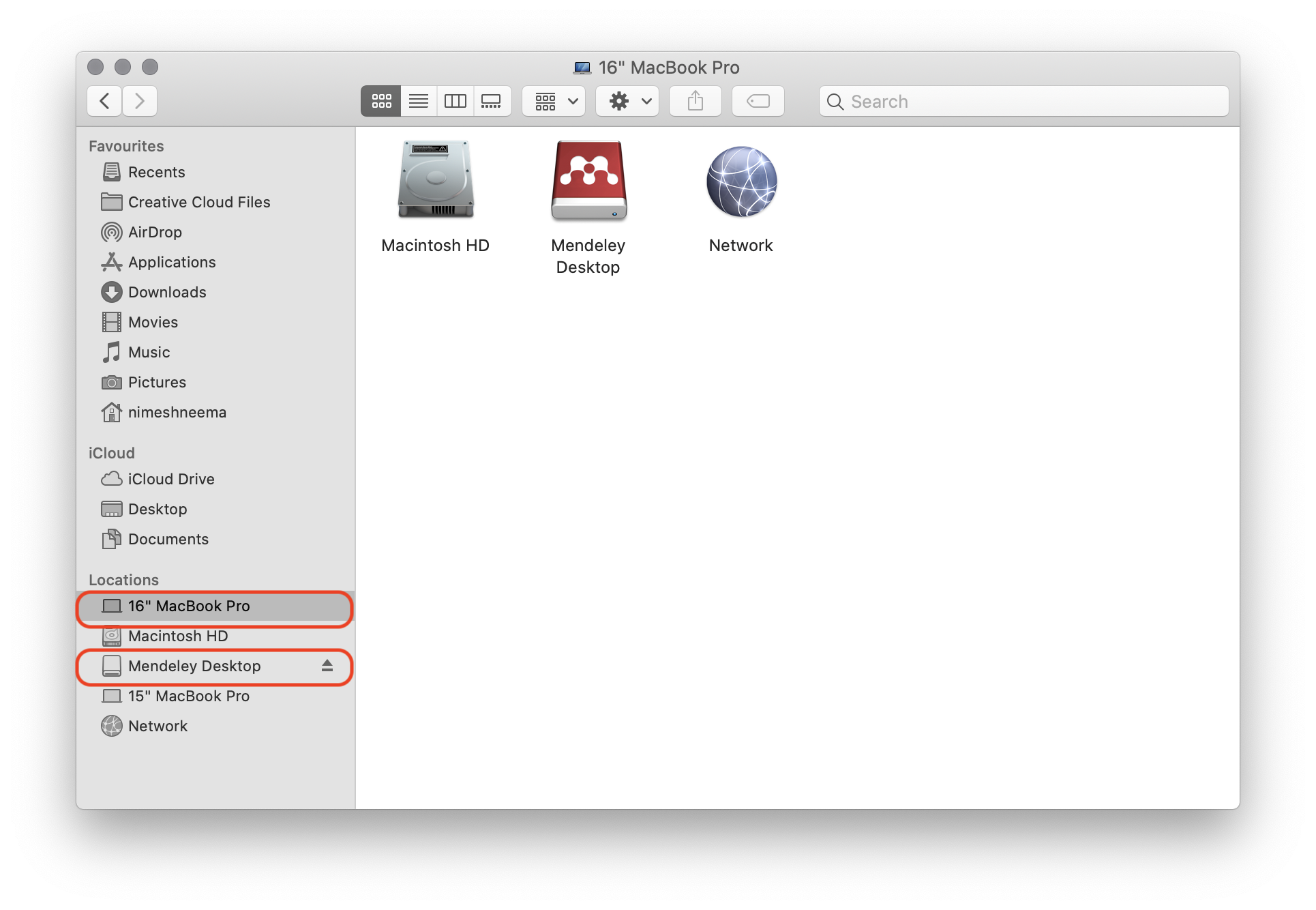 After you have installed the app by copying the .app bundle from the disk, you can and should unmount it. You can unmount a DMG by using either one of the following techniques:

To answer your specific questions:

When I install a package, it creates a directory with the name of the package on my desktop. In Finder it looks like a new external drive:

Should I always remove those drives after installation?

Yes. Once you are done copying the .app bundle out of the disk image, you should ideally unmount the disk image and either backup the original DMG file for later re-installation of the app, or trash it.

Or did I do something wrong and this should not show up?

You have not done anything wrong and this is by design. The answer above should give you clear explanation about the observed behavior and possible customizations.

Not the answer you're looking for? Browse other questions tagged macos install filesystem disk-volume .

30
Why do we install software via `.dmg` files?
4
Why does macOS create file mounts for each app?

0
Why does Google Drive create so many conflicted files?
0
Installing system files in home directory?
1
MacBook keeps booting into system installation after failed installation
1
How to make the “Pictures” folder a folder again
1
External drive Mojave installs unaccessible from Mavericks
1
Weird files on my Desktop after installing programs
2
How to get my external and internal drives to show up on the desktop