I have been using Little Snitch for some time now.
I think the version I've started to use the program with, was 3.5.
Anyway, I remember seeing notifications from Little Snitch about connection attempts during login, and then these appeared as 'Suggested rules' in the configuration.

Recently I had to reinstall OS and all the programs on my Mac mini.
I have installed the latest Little Snitch (4.4.3 that is), but after reboot I have not seen notification about connection attempts during login, nor was there a 'Suggested rules' section in the configuration.

In release notes for Little Snitch 3.*, it is mentioned (bold is mine):

Though, no mention of login connections in release notes for Little Snitch 4.*. I have found an old thread on official forum, but again - it is about Little Snitch 3.*

P.S.: I do realize that this question would be more appropriate at the official forum of the Little Snitch developers, but registration there is closed (for like a year now).

From Little Snitch itself…

While no user is logged in or a login is in progress, Little Snitch cannot display Connection Alerts. It therefore creates suggestions for all connection attempts that occur during that time. 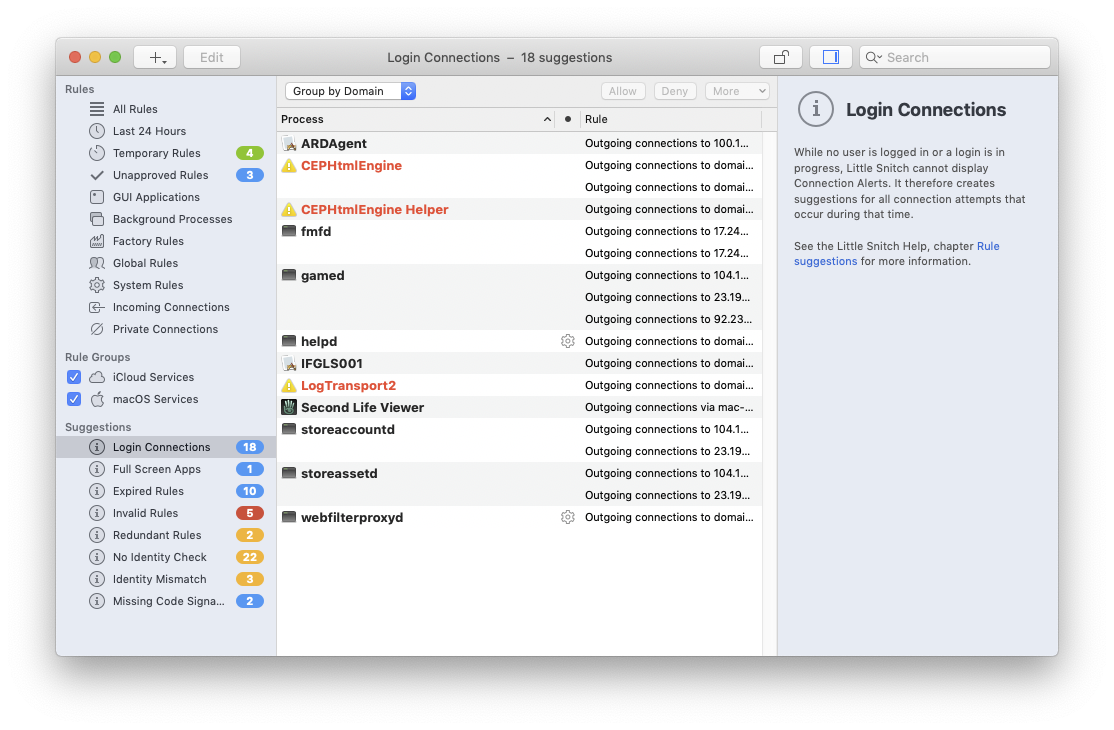 & detail from just the first entry in that table…

So, yes, it will block attempts by default until you edit the suggestions into actual approved rules.