Ask Question
Asked 2 years, 7 months ago
Modified 1 year, 6 months ago
Viewed 245 times
2
This question already has an answer here:
Only use part of screen? (1 answer)
Closed 7 days ago.

Recently, something went wrong with my Macbook Pro 13" 2019 model's display. About 1.5 inches (in length) of my display went completely black and there are some vertical lines on the edges of this black portion. It appears to be a hardware issue. 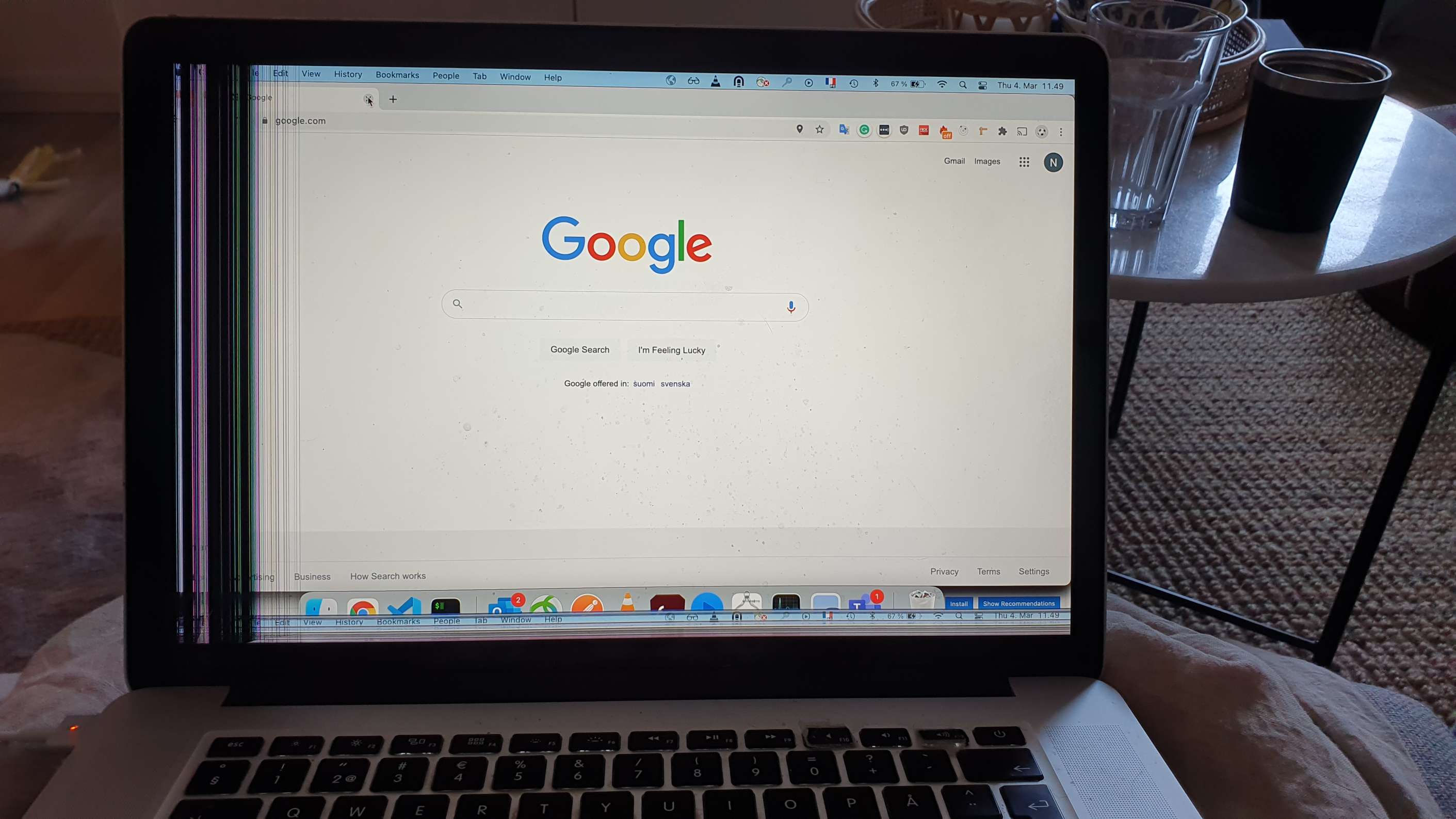 I was wondering if I can do something so that my entire screen appears in only the part to the right of this black portion, until I can find the time to give my laptop for repair. I know I can just rescale my window each time, but I don't want to keep doing that every time I open a new window.

Can I use software to remap the entire display area to a smaller section of a physical display?

I was wondering if I can do something so that my entire screen appears in only the part to the right of this black portion,

No, this cannot be done.

Your screen is physically damaged, but as far as your GPU is concerned, it's working fine. The dimensions that get reported back (for example 2650x1400) are still reported back. It has no idea it's now only (making up a resolution here) 2300x1400. And even if you were able to tell the driver that was your resolution, it would be centered, not shifted left/right.

Your best bet is, if you must use the machine until you can take it in, to get an external monitor. They're inexpensive and fairly reliable. Also, an iPad, iPhone, Windows, Unix or Mac computer can screen share very well using several apps.

There’s no harm in running a Mac with this display damage and using another display - especially if it’s stationary or running closed clamshell.

9
Only use part of screen?
0
Does anyone know of software that can set a mac's resolution to only part of the screen?
1
Decrease size of display used in Macbook Pro
1
Growing black portion on the screen of 2017 MacBook Pro. What could be the cause?
0
Specific display viewport area to avoid broken region
0
Using SwitchResX to shrink active width/height of retina display