I'm looking to do live broadcasts of video games, which require mixing together the game audio as well as microphone audio.

In the case of an actual game system being used, I have external hardware that can mix the console audio, and my microphone. However, in the case of a game being played on the computer itself, I have a problem.

When specifying the audio source, I can only choose 'computer audio', or my microphone.

Is there some sort of audio mixing software that will allow me to create a virtual device consisting of my computer audio (or a specific application(s') audio) and my microphone audio, as one input device, suitable for using in another application?

Search in Spotlight for "Audio Midi Setup." It looks like this: 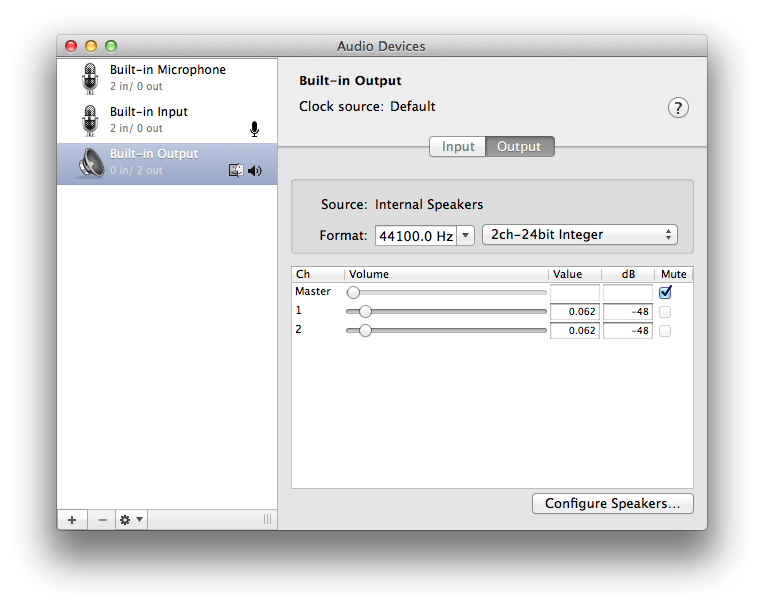 Clicking the little "+" sign in the bottom-left corner and clicking "Create Aggregate Device" will allow you to combine various inputs and outputs on your system into a single one.

Not the answer you're looking for? Browse other questions tagged audio .

0
How can I mix audio from separate devices and output to one device?
5
How to share Mac audio over Skype with the microphone?
8
How can I get sound working on Bootcamp + Windows 8.1?
1
What can I use for mixing/muxing/splitting/leveling audio inputs and outputs?
1
Bluetooth Speaker microphones: Can they be used for "Hey Siri"?
1
Master volume control for multiple audio output OSX
5
How to record system audio? (Soundflower not working)