I've recently tried to update my Macbook Pro late 2011 using dosdude's Catalina patches, as it is not officially supported. It worked fine, but after using it for a few days, it suddenly froze and crashed. I tried to restart it, got at the login screen but it would just try to sign in and freeze again on a white screen. I also have red horizontal lines in my screen. I have tried going to recovery mode, doing a SMC, doing a NRAM reset, going into safe mode, but nothing seems to work. I also tried the hardware test which told me there was no trouble. The internet recovery does boot up, but after entering my WiFi password it starts loading and eventually gets stuck on a white screen again. Even trying to use an installer USB get's till the point whether I would like to start from my Macintosh HD or USB, but after loading, it just freezes again.

I went to a even worse path by resetting the SSD, because I found some posts telling that the SSD might be corrupted. This means I have no backup unfortunately.

What can I do to resolve this issue?

The comments suggested to record it. I have a image of the last logging (using verbose mode) that I could see before the screen went dark and started bootlooping. 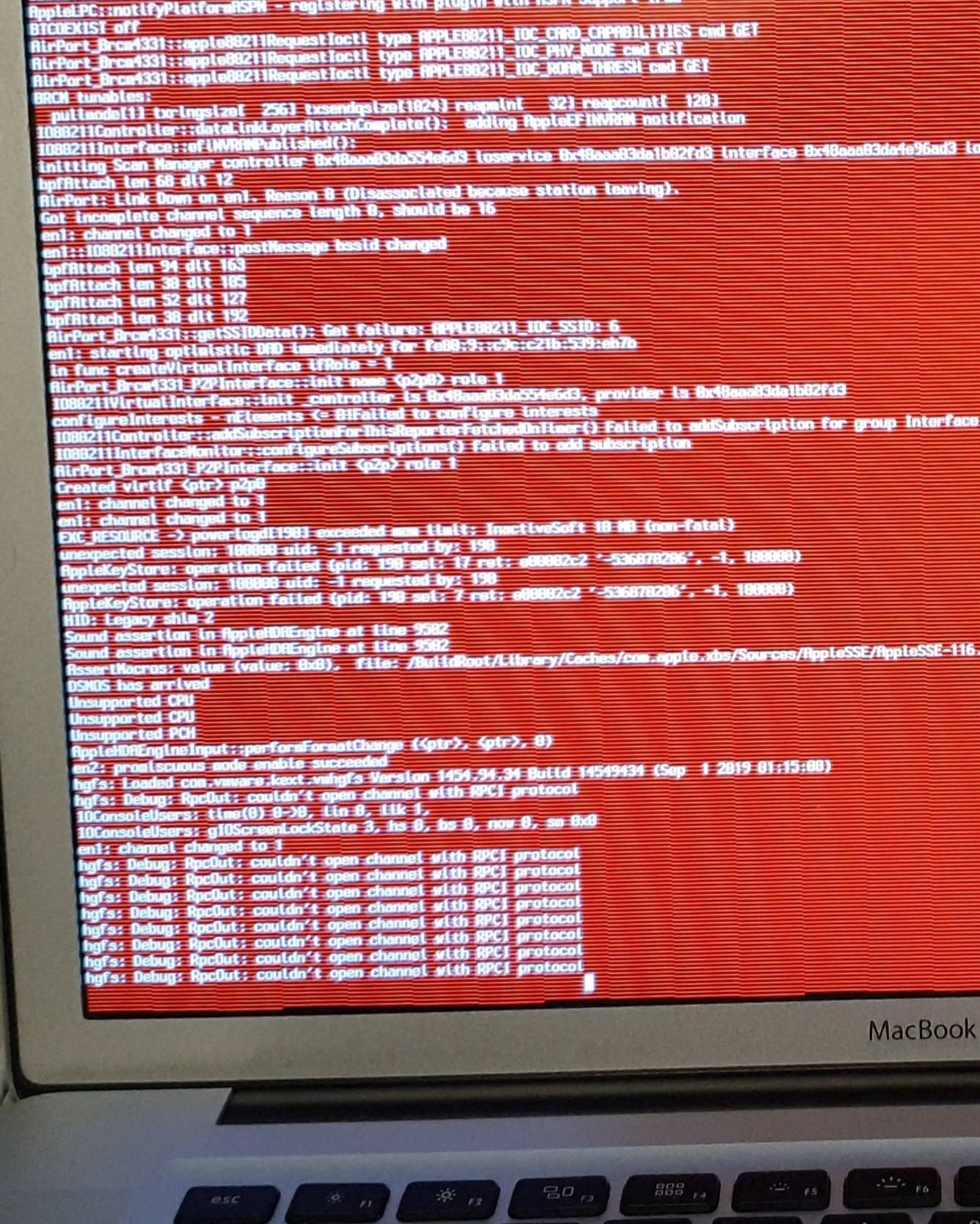 Thanks to @Allan, I was able to find out how to solve my issue. I did the following:

Transcript of the MacRumors thread in case it get's removed:

Not the answer you're looking for? Browse other questions tagged macos macbook-pro recovery .

4
MacBook Pro refuses to boot/recover, hangs at "white screen"
1
My Mac would turn on but it would get stuck on the white screen upon startup after chime
2
MacBook Pro early 2011 hangs at “white screen”
1
iMac (mid 2011, OS X 10.12) gets stuck on white screen on boot, all DIY options exhausted?
1
My MacBook Pro freezes if nothing is moving on the screen
1
Does Macbook Pro have a hardware or software issue? (Constantly Stuck on White Screen)
2
Macbook Pro 2010 white screen