I bought this dock station USB-C JF68 and everything works besides HDMI+Display port simultaneously.

But when I attach both ports together I get mirrored output to both of my external displays (I mean both of them work, but the image is exactly the same). Nevertheless, they are still extended from Macbook's integrated one. If I get to Display arrangement settings in macOS I see that it only detects both displays as a single one. here's the image the display with white border is my integrated one, and the right one is actually both of my external displays. 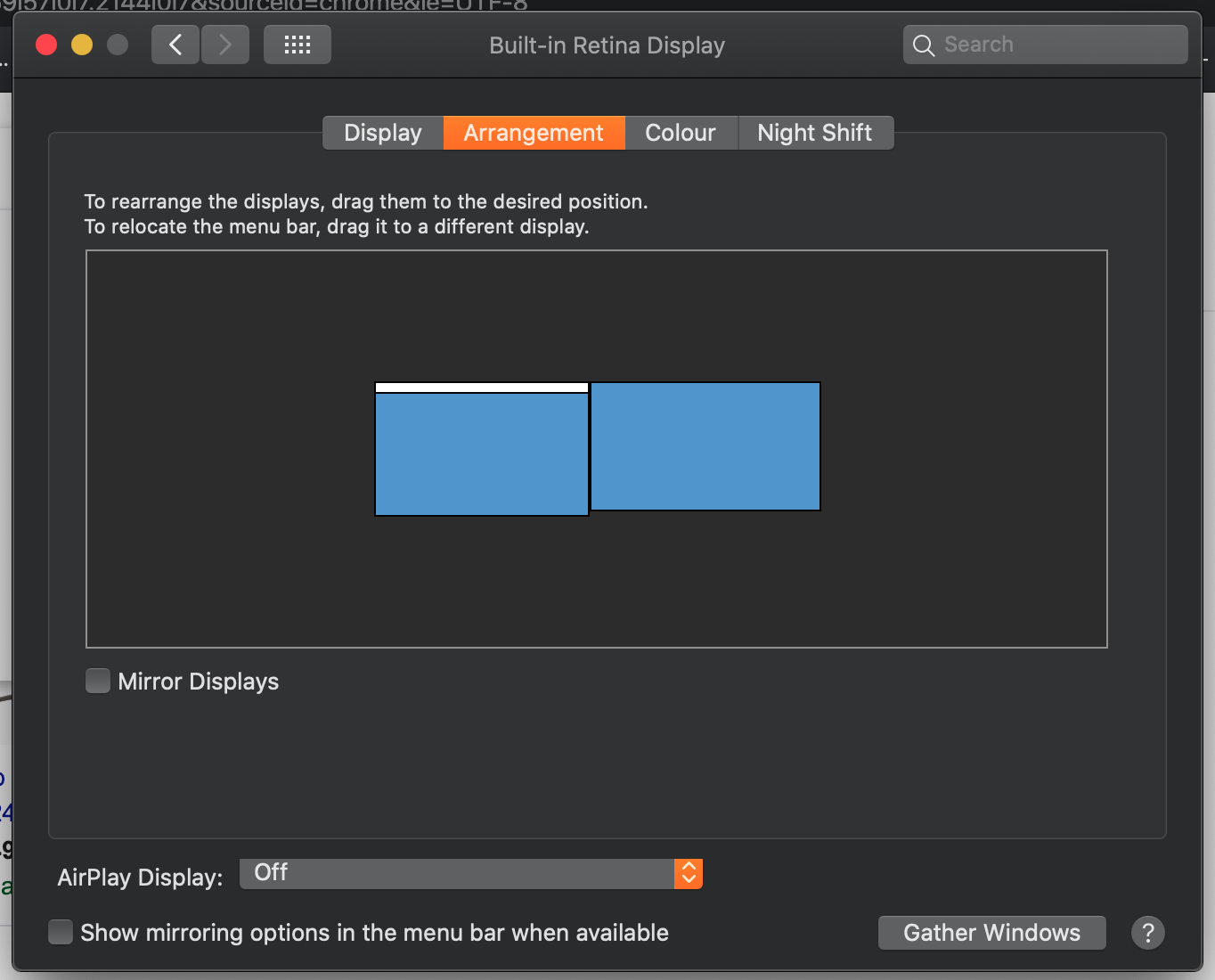 I'm running MacOS Catalina 10.15.2, which I updated yesterday, so all drivers are up to date. I'm not sure if they're some official Azdome driver because I haven't found any.

The interesting part that this exact adapter outputs both displays in extended mode ok for my MSI laptop which runs Archlinux. So the adapter is definitely working. The issue is probably with drivers. I also asked apple support they say that they guarantee that their software drivers only work on official adapters that I can only buy on apple.com.

All of the other things work ok (ethernet/USB/power delivery/ audio). I also tried to plug off every other thing from the adapter and tried to run only with HDMI+DP connected but it just doesn't matter.

I also have another cheap adapter usb-c->hdmi+usbc+usb which when I connect to the same side to the same external monitor works.

Well, that thing described above only works like that only ~50% of the time. Another 50% MacBook just doesn't detect both screens at all. (I mean display arrangement tab is missing from display settings, and they are both black). In all 100% cases all other interfaces from this dock station work.

The setup you with that hardware is not going to work - and cannot be made to work.

The USB-C dock station you've got works as a MST (Multi-Stream Transport) hub. MST is a part of the DisplayPort 1.2 standard, which makes it possible for monitors and computers to support "daisy-chaining".

Daisy-chaining is most often seen where the monitor has both an input and output DisplayPort adapter, allowing you to connect the first monitor to the computer, and the second monitor to the first monitor. If both monitor and computer support MST daisy-chaining the two displays will act as seperate displays, exactly like if they had been plugged in directly to the computer.

In this case MST daisy-chaining is used within the dock to allow dual monitor outputs. Note that because the monitors share bandwidth, it is not possible to connect them at the same resolutions and refresh rates as possible when using seperate cables connected to the computer. With your monitors it shouldn't be a problem though (they're relatively low res).

You've got it working on your ArchLinux laptop because Linux supports MST. In fact you should be able to run Linux on your MacBook Pro and drive both displays via MST that way.

To get a setup like this working with macOS, you'll need a Thunderbolt 3 dock instead of a USB-C dock. Or you could individually connect the displays to the MacBook Pro. For example one display connected to the dock, and the other connected via a USB-C to DisplayPort cable.

Not the answer you're looking for? Browse other questions tagged macbook-pro display driver video-adapter .

3
Belkin Thunderbolt 2 Express Dock HD dual monitor setup
1
Run two 4K and one non-4K external display from late 2013 Macbook Pro
1
Can I use a USB to HDMI converter to set up 2 external monitors on my 2015 Macbook Air?
1
Using Two External Monitors for my MBP (E. 2015) but resolution is low on the other one
2
How to reach QHD resolution (external display) on MacBook Pro mid 2012 non-Retina
7
2018 Macbook Pro & Dual Monitors
1
Display arrangement gets reset after connecting to a different external display