How to show file/window names in Mission Control?

I need to switch between windows often across apps. I have 4 terminals open, 5 projects in Visual Studio Code, 4 github repos open in Sublime Merge, 3 Finder windows, 6 Chrome windows, and on top of that 1 each of Music, Preview, Octave, SlickEdit, TextEdit

I need to switch between VSCode, Sublime Merge, and Terminal most often and to specific windows but as you can see from the screenshot below it's difficult to figre out which window is which 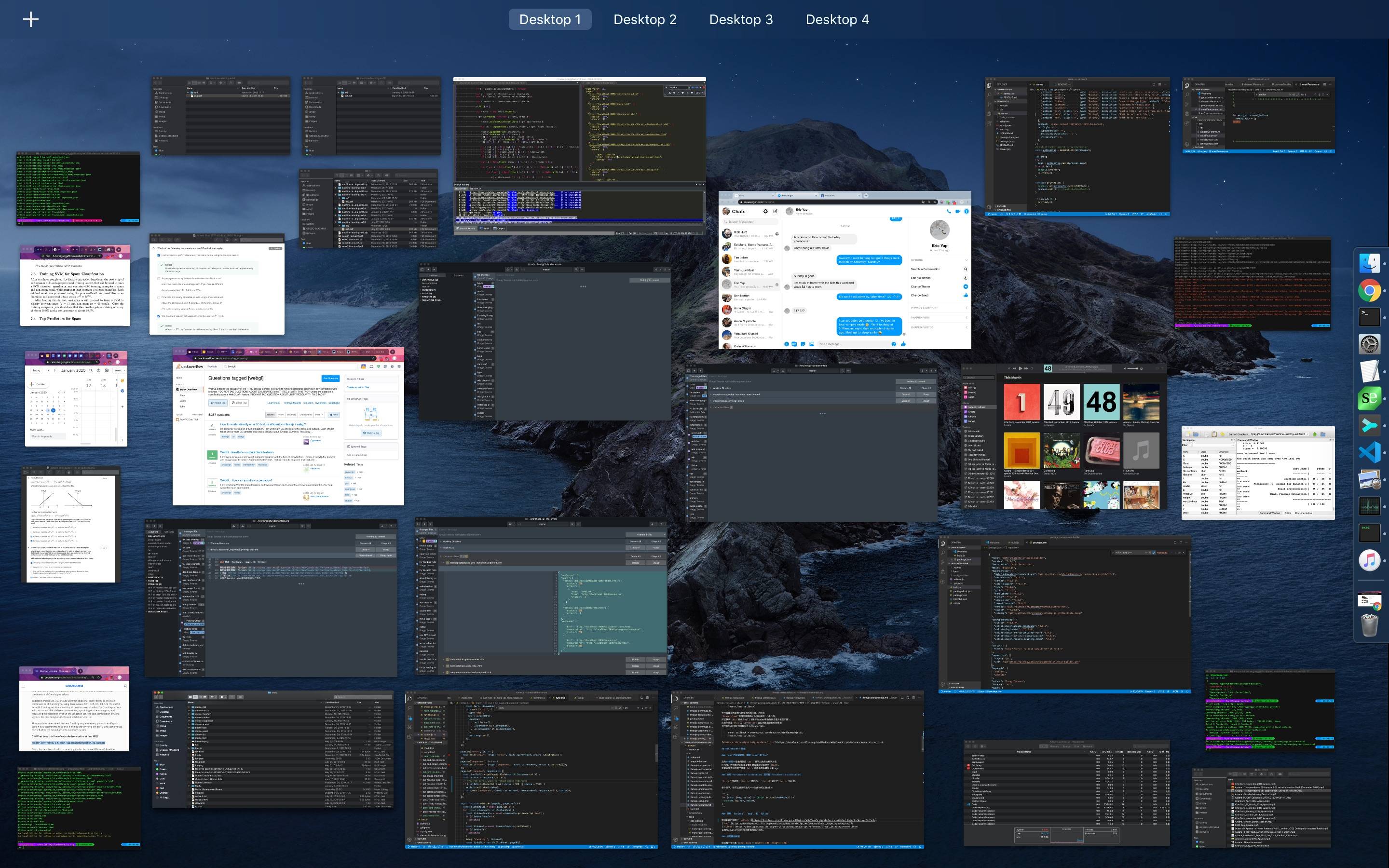 I can hover over each window one at time and it will show a title but it's really tedious to hover over several windows.

Is there a way to get Mission Control to always draw the titles over every window?

I keep one app on one desktop, so I switch to the relevant desktop, and use App Exposè which is generally three finger swipe down. It shows the window name below each window and hovering isn't required.

Not the answer you're looking for? Browse other questions tagged macos mission-control .

10
What is an efficient way for developers / power users to use OSX window management and Spaces on a single screen?
0
Application name not appearing below thumbnail in mission control unless cursor is on it

7
Terminal window as its own app
7
Switch apps with Cmd+Tab, only focus last window in app
0
How to change Mission Control window highlighting
10
What is an efficient way for developers / power users to use OSX window management and Spaces on a single screen?
2
Method to switch between group of groups of Mission Control Spaces?