I have several old MacBook (MacBook2,1 units, from 2006) that have been running Mac OS X 10.6 Snow Leopard just fine, and been in use to teach a robotics class.

I know we used them in December, but a week ago (in Jan 2020) they would not boot up, but would kernel panic instead.

They have Mac OS X 10.7 Lion on their recovery partitions, which boots up just fine. I can boot into single user mode. I can boot in safe mode. Booting in verbose mode ends in an error (below). Unfortunately, I can't remember the password for the admin account, and when I tried to reset it (by saying the first boot process wasn't done), it kernel panicked before I could create a user.

In wondering if perhaps a cryptographic signature had expired, I set the date back a couple of years on one of them, but that didn't help. 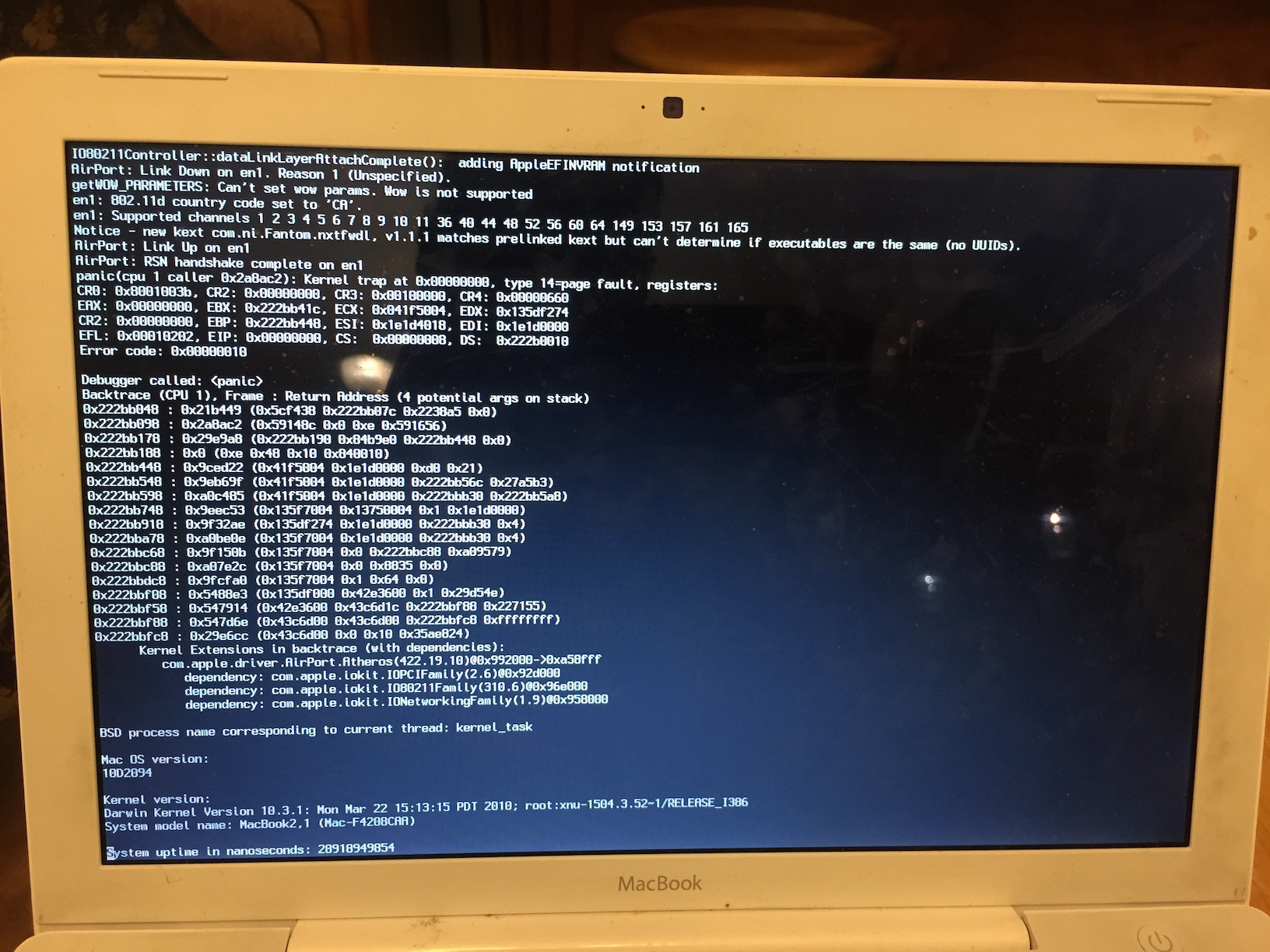 Any idea what I can do to get these units back into operation?

That photo says the kext (driver) for the Atheros airport card is what's causing the kernel panic.

Afterwards, go into the Terminal and run sudo kextcache -system-caches to rebuild the kernel cache.

On newer systems, this would require disabling SIP and/or remounting the root partition, but this is Snow Leopard.

Since you don't need the wifi, the above may be enough for you, but I'm at a loss as to the root cause of the problem—why would this kernel extension suddenly begin panicking? Safe mode, recovery mode, and single user mode likely don't load this extension, so the fact that those work makes sense, but how could the problem have suddenly appeared on two different machines?

The only other suspicious thing is that the computer kenel panics right after loading the lego mindstorm kext (com.ni.Fantom.nxtfwdl). That kext isn't listed in the backtrace at all, so it shouldn't be the culprit, but... if you upgraded the mindstorm software recently, you might want to try downgrading it. Or, you could try removing the mindstorm software altogether, but it sounds like that would render these machines useless to you.