I have a service in Automator that I pass a folder and it runs on every file in the folder. It uses a python script to read the album field from an mp3's id3 tags and write it to the Finder comment field: 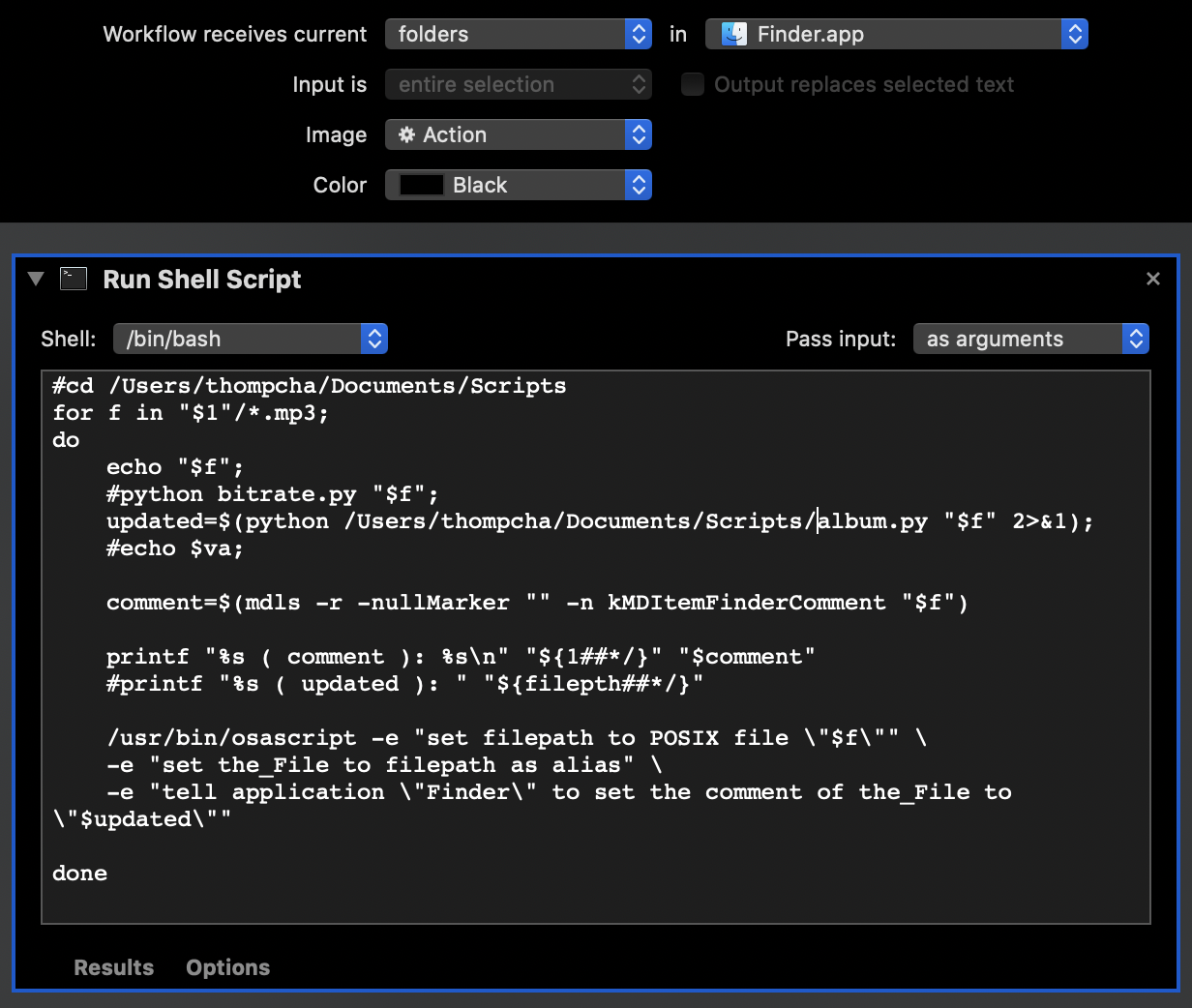 This worked fine in Mojave, with each file's album being written to its comment. Now with Catalina when I run the service, every comment gets set to the following:

The answer found here does not work for me because I need to pass the output of the python script to the rest of the shell script for further execution.

What can I do to make automator successfully execute my python script?

I ended up in-lining my python script. The finished product looked like this:

Not the answer you're looking for? Browse other questions tagged terminal automator python .

4
How can I tell Firewall to allow incoming connections for Python running a specific script? (In this case: SickBeard)
2
Why does this bash script not work as an automator service?
1
Calling Python 3 script from AppleScript
0
os 10.11.6 pip install permission error
1
How can I override default Python modules with ones I install with pip?
0
How can I make Automator run service I made (shell script) and display the output in Terminal?
7
macOS Catalina causing "find: .: Operation not permitted" errors
2
Automator action to run python script on series of files fails in Catalina
2
Use Automator to run Python script when files added to folder