How to adjust gamma correction on old monitors

I am reusing two old monitors for which I found no custom way to set brightness, contrast, and gamma (see appendix below for full details). On a bright background, the colors look dull and I want to change the gamma correction to something close to a MacBook Pro retina display, which has sharp colors on the same background. 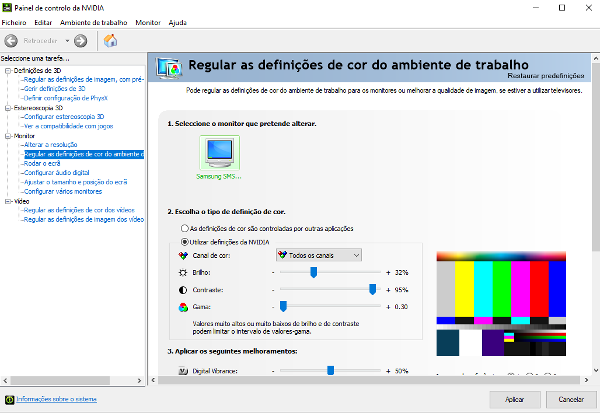 On macOS, the Display Calibrator Assistant (from System Preferences > Displays) asks to change brightness and contrast with the monitor's buttons and to choose a white point. It says nothing about gamma, and does not change any of the settings.

With ColorSync Utility, I was able to view the ICC profile of the monitor and confirm it has gamma correction: 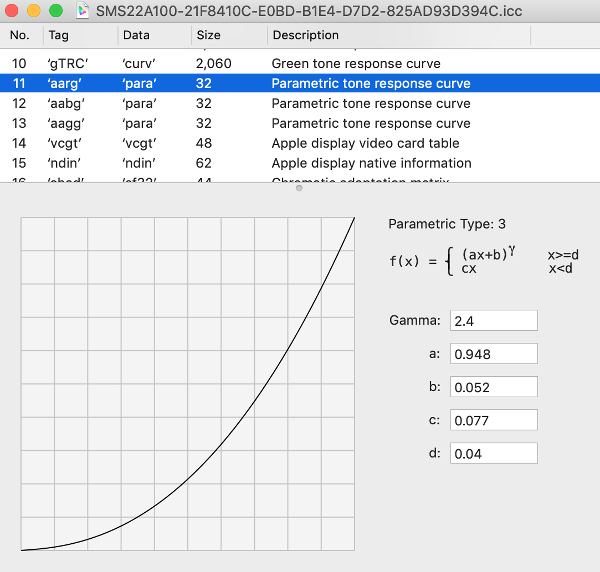 I was also able to load a different profile (that of an LED Home Cinema Display that has sharp and crisp colors) but this made no difference on the monitor: 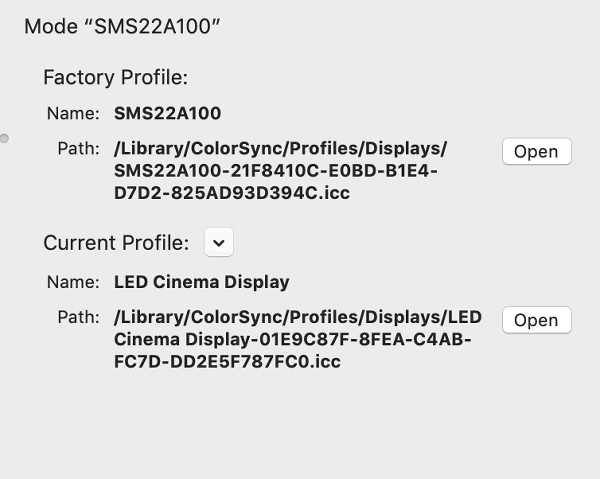 I have read Set the color profile of my external monitor and Can I calibrate 2 screens to match, without buying expensive gear? and still don't know how to change the gamma. I am on macOS 10.14.6.

Can I adjust brightness, contrast, and gamma of a monitor on macOS? If not, why is it impossible?

The monitors are Samsung SyncMaster SA100 and S22A460. The monitor SA100 only has a power button. This page suggests an auto-adjustment by holding the on/off button for 10 seconds. This method works but the result is still dull (it's probably how it came).

I downloaded the latest MagicTune software for macOS from this page, for macOS 10.3.9-10.5.7 and the installer says:

The installation fails. I downloaded the latest version for Windows 8, MagicTune Premium 64 bit 4.0.36. No program of that name is in install in C:\Program Files, but when I try to install again I get a warning that the program is already installed.

I found this page that addresses the same problem. The third option mentions an open-source program, whose link redirects to a blog where I found the tool, which is for Windows only. I installed .NET on a Windows computer and was able to run the tool, but it only controls brightness, not contrast and gamma:

Furthermore, the brightness setting does not port when I connect the monitor to macOS, so the settings are probably saved on the Windows machine and not on the monitor. The page does not provide the source code for me to have a play (the 7-zip archive contains the executable).

On a SyncMaster S22A460, where I have buttons to control the display, I can adjust the brightness and contrast but not the gamma.

With your monitor connected, go to System Preferences > Displays and click on Calibrate with the Option key pressed down. This turns on the otherwise absent Expert Mode in the Display Calibrator Assistant. 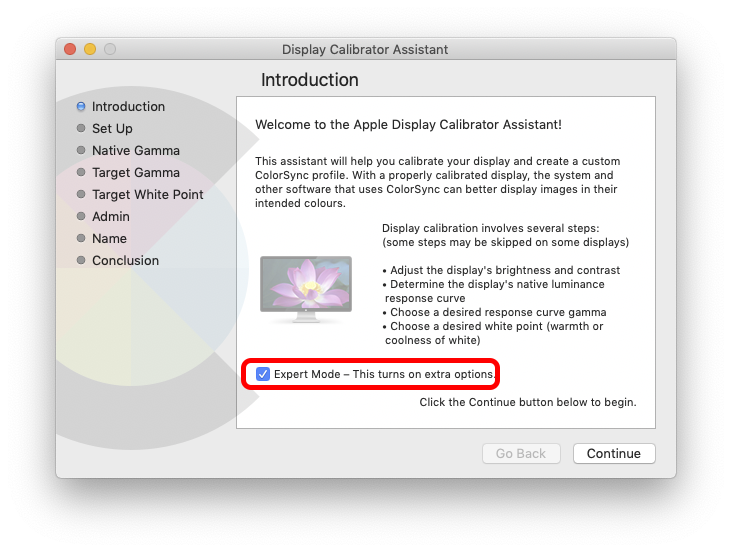 This will present you with far greater control, including on about page 7 a Gamma adjust. 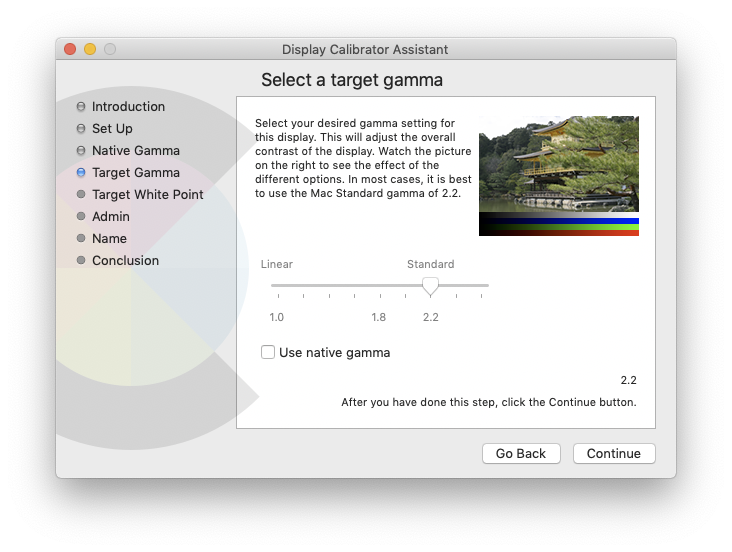 Nothing can replace a proper hardware colorimeter for screen calibration, but this will at least allow you to get closer.

Not the answer you're looking for? Browse other questions tagged display screen color .

0
Can I calibrate 2 screens to match, without buying expensive gear?
0
Set the color profile of my external monitor