I have a Late-2014 iMac. Recently, I tried to Boot Camp it. However, It went horribly wrong and now I can't access Mac OS X. I am still able to access Windows though. Here's what happened:

I went to Boot Camp Assistant, and checked all the boxes, Create a Bootable USB, install Windows 10 Software, and Install Windows. I ran the process through correctly until It asked me to select the partition sizes. I set it to 700 GB Mac OS and 300 GB windows. However, after pressing enter, I pressed esc because I wanted it to be split equally. However, the process already started. So I force quit the Application and restarted the process. This time I gave Windows a little bitmore space. After that, everything went smoothly. I installed windows, installed a couple apps but when I tried to boot into Startup Manager (by holding Alt at startup) it didn't work. Then I tried to boot into Mac OS using the Boot Camp Manager via windows, but it replied with this: 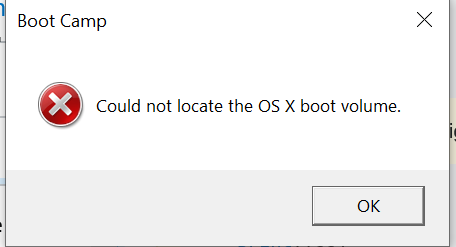 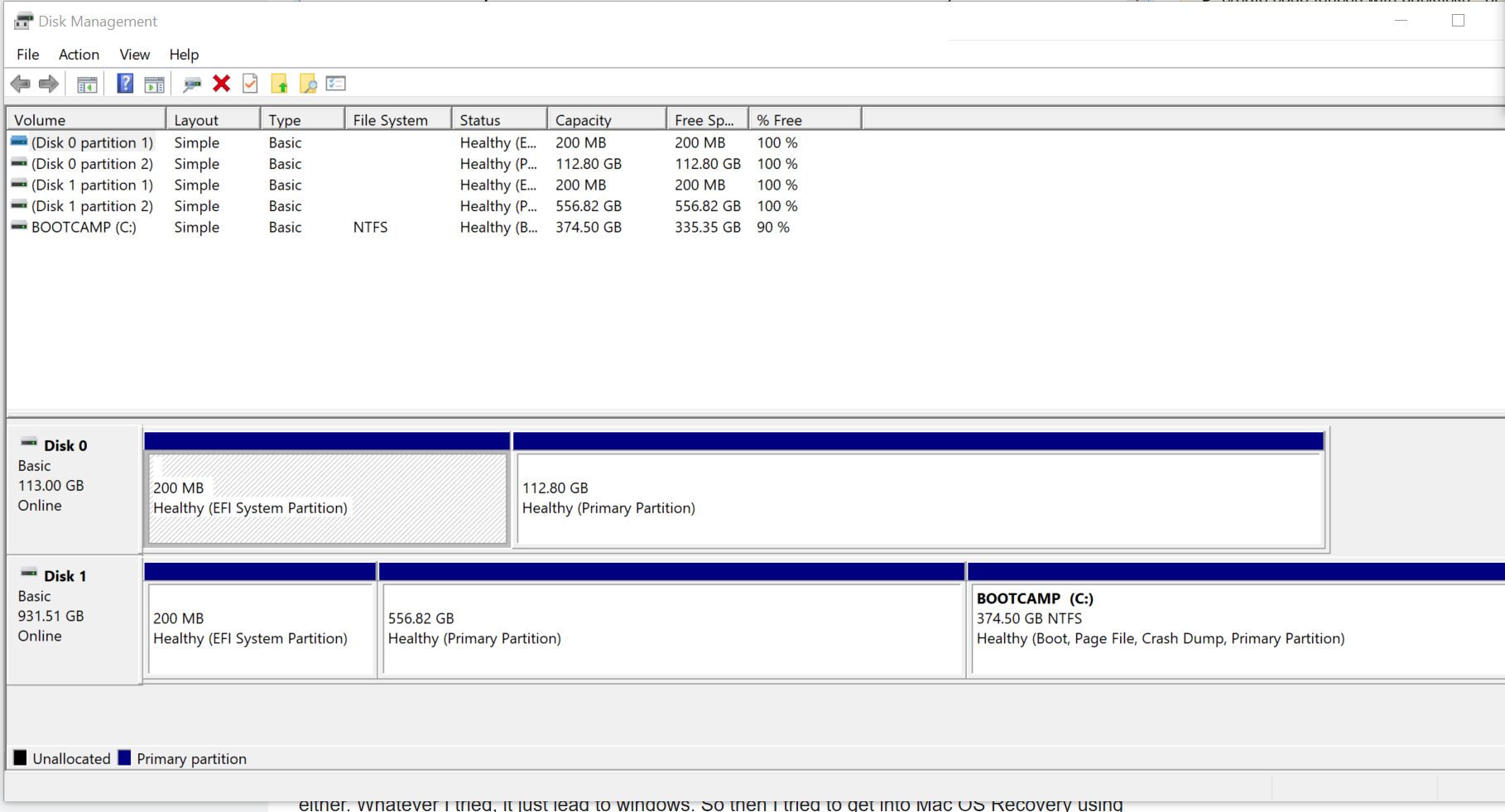 EDIT: Using another computer, I installed Mac OS Catalina Install USB. Using This I Intend to use Recovery. HOWEVER, I cannot find a way to boot into it. Can anyone help me attempt to boot the USB from windows?

I Opened up Windows in Advanced Startup Options, pressed boot from another drive, then pressed Cmd + Alt + R and was able to boot into Internet Recovery. Then I pressed continue to Mac OS and I was finally able to boot into Mac OS.

Not the answer you're looking for? Browse other questions tagged macos mac bootcamp imac windows .