What is killing my battery?

I have an iPhone XS (bought brand-new, About section says limited warranty until 14 april 2020, the date I bought it) running iOS 13.2.3 When I took it out of the box it was running iOS 12 and I enrolled to iOS 13 on beta 6 and I kept updating betas when they came out. My battery is now on 90% of health which seems an excessive wear-off for 7 months. My charging habits are as follows:

I should mention that during a span of two weeks or so I updated to iOS 13.2.2 that shipped a bug which depleted the battery faster than normal (in adittion to the two charges, I had to add a third one in between because the phone dropped 30% overnight in airplane mode, which was fixed in iOS 13.2.3)

I do not believe this wear-off pattern is normal. Is there something in the listed above (which seems normal to me) killing my battery? 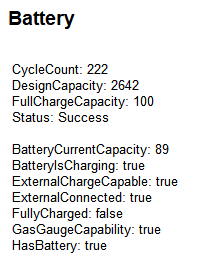 No, there's nothing in that list which is "killing" your battery. The battery degrades during normal use - that's not preventable and to be expected.

Batteries are not all alike. Some degrade faster than others - you cannot say that the battery capacity shrinks x.xx% per year in general and expect that exact number on every phone.

Apple states that the battery is designed to retain up to 80% of its original capacity at 500 complete charge cycles under normal conditions. You're still well above 80%.

Having 90% capacity after 222 charge cycles seems to be quite alright - i.e. it is likely that you’ll be at approx. 80% percent after 500 charge cycles.

Not the answer you're looking for? Browse other questions tagged iphone battery charging ios .