iOS 13 and the new iPadOS offer the Files app as a Finder replacement. I do not quite understand the integration with the rest of the system, however.

I have copied a set of image files into the "On my iPad" section in Files. They show up in Google Fotos (!) but not in other iOS apps where I would like to use them, eBay Classifieds in my case.

How do I access files stored in the Files app from another app?

Some apps integrate with the Files app; these are called "Document-Based Apps" (according to Xcode). Apple's iWork apps and GarageBand are document-based apps, which means that you can open those apps and see your file system just like if you where in the Files app. It’s basically an exact replica of the Files app with some slight functionality changes. 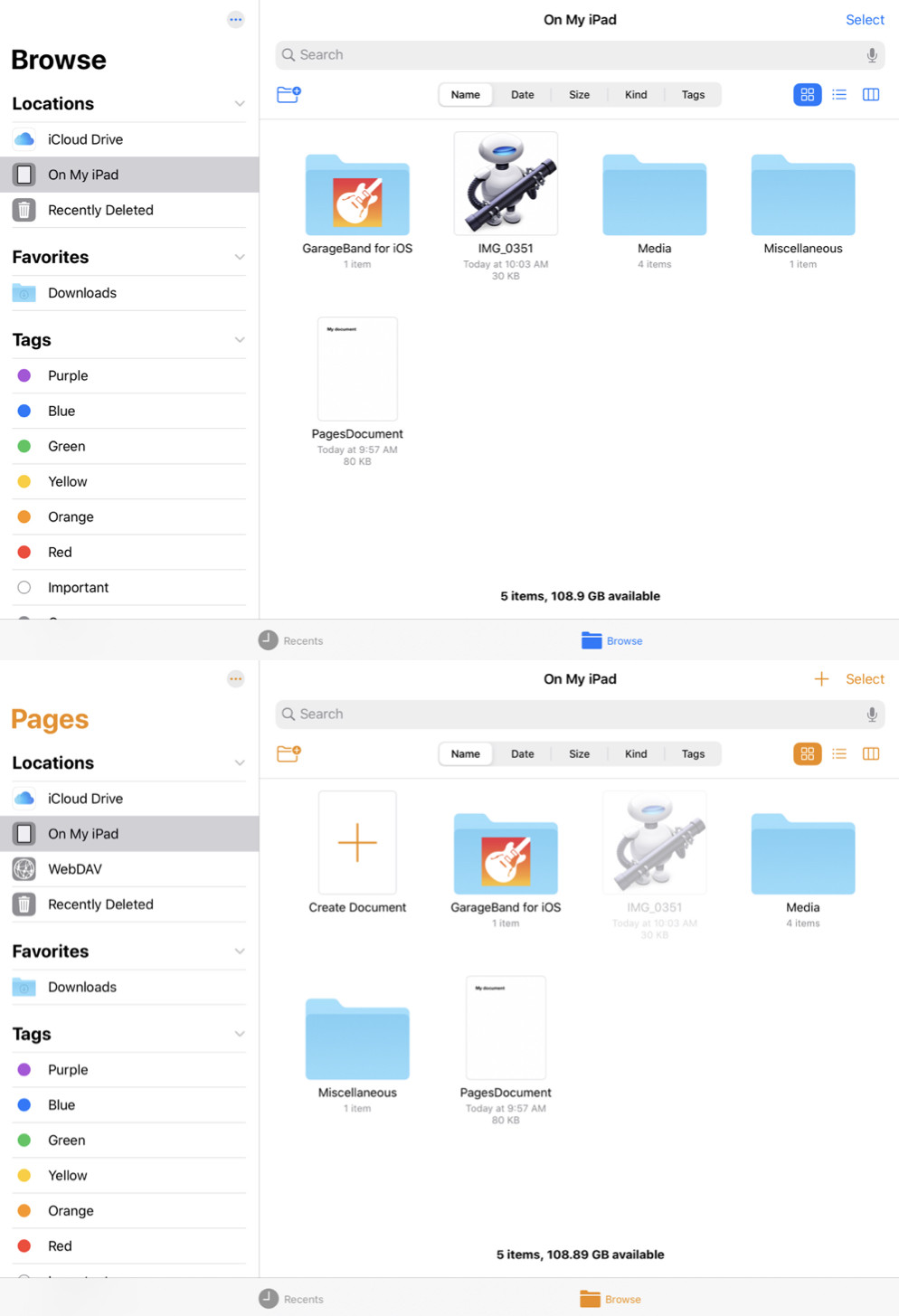 There are also third-party apps, such as File Browser, that can access the same thing the Files app does, as well as other computers on your network.

I understand that Files is no real file manager, like Finder, but rather an interface to several cloud services that also happens to provide app-internal storage (what is visible as "on my iPad"). Is that a correct view?

Some apps aren't document-based apps, like the ones I mentioned above, but have folders in iCloud or on the device to store files. A few examples of these are iMovie, Swift Playgrounds, Reality Composer, etc. These apps will usually let you save files to the Files app via a share sheet or export button. 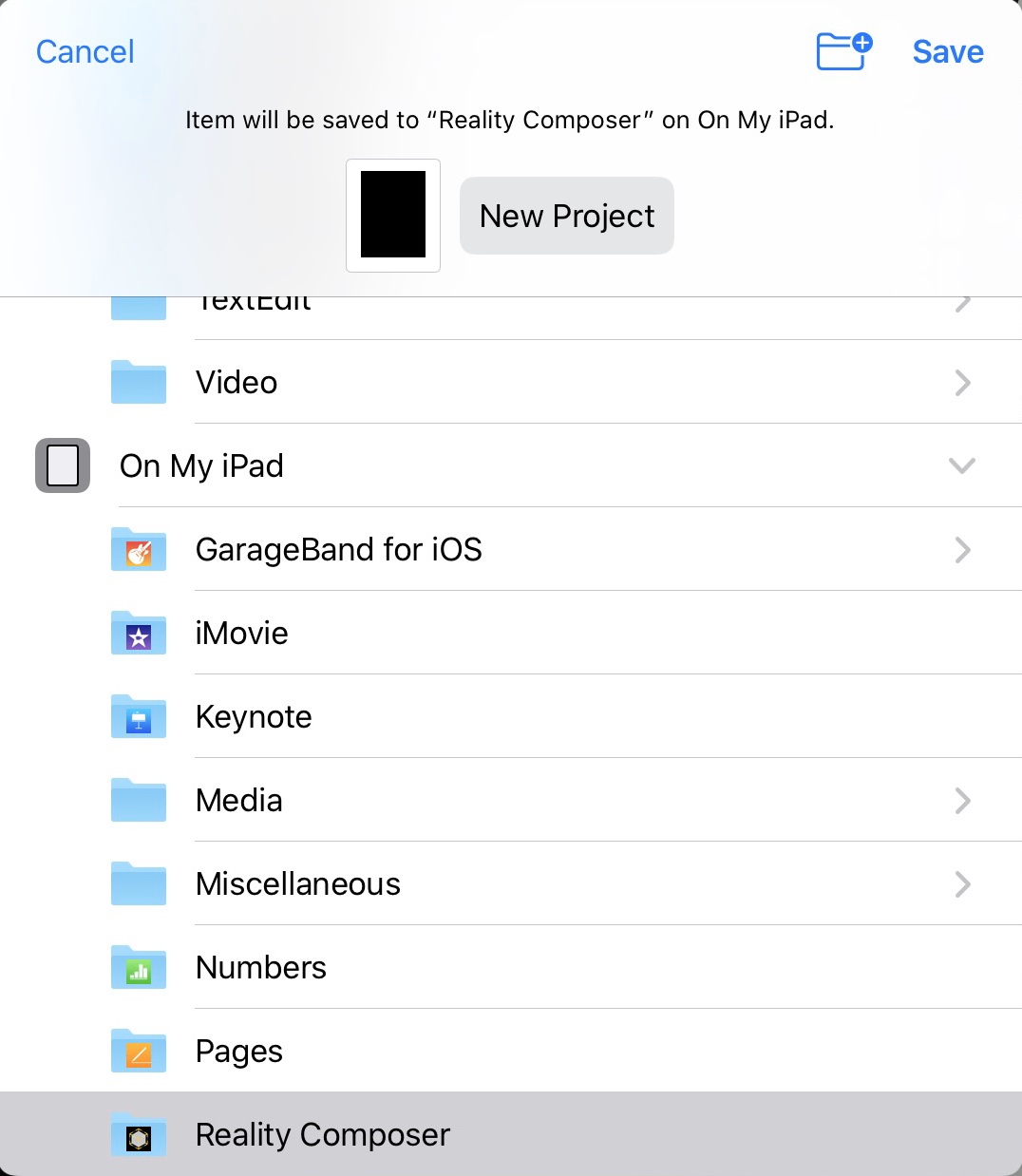 The Files app lets you view files on your device, in iCloud, on removable media, or a third-party server. If you have both a Mac and an iOS/iPadOS device with iCloud Drive enabled for Desktop and Documents folders, you can transfer files to and from your Mac via the cloud.

One cool thing I will mention is the Minecraft's use of the Files app. It has a folder on the device and is one of the only apps I have seen so far where you can modify parts of the game by changing some of the files inside it. For example, you can replace a world's icon by replacing the file it's using in the Files app.

[H]ow can I access arbitrary user files somewhere on my iPad? I'm fine with restrictions on system files, but content I have created should reside somewhere on the iPad's file system... is there a proper Finder replacement for mobile devices?

If you save something to your device in the Files app, it should be there. I have a Pages document and an image on my device. I can go to Files and view the image, or open the Pages document, just like you can in Finder.

I will say this; there seems to be a bug (I think) in iPadOS that won't show some on-device folders. Hopefully, they will fix it soon. Right now, you can save files in the root of "on your device," and you shouldn't have any issues viewing them.

Not the answer you're looking for? Browse other questions tagged ios ipad finder files.app .

1
Move files from CineXPlayer to OPlayer on iPad?
0
How to transfer video files from ipad air to macbook air
1
Stocks app crashes on launch after moving from iPhone to iPad on iOS 6.1.3
5
Can I delete a file from being shown in the 'recents' area of the Files iOS app?
4
iPadOS is corrupting files when copying from/to an external drive