Does latest ios version gets updated on all the iphones

I am thinking of learning ios development. I have a noob doubt- right now the latest ios is 13 so my doubt is whether the latest ios gets updated in all the iphones or not? Basically, I want to learn which ios version centric app development should I learn- I have ios 12 and ios 13 in my mind. p.s - I don't use iPhone.

Disclaimer: I have never written any app in Swift.

.. whether the latest ios gets updated in all the iphones or not?..

It's upto the users to decide whether to update or not. As per this The Verge article, 50% of iOS users were using iOS 13 within three weeks of release. So clearly, many are using older versions either by choice, or due to hardware incompatibility.

.. which ios version centric app development should I learn ..

That might push the question a bit towards being primarily opinions based. Yes iOS 13 brought in a lot of new capabilities like

But being a beginner, I doubt that you should worry about that. You might want to keep track of Swift's release cycles.

Generally support is for n-1 from the latest major release of iOS. If you support iOS 12, you'll include every device since iPhone 5s. It's assumed people will be running the latest or n-1 version of iOS on their device. 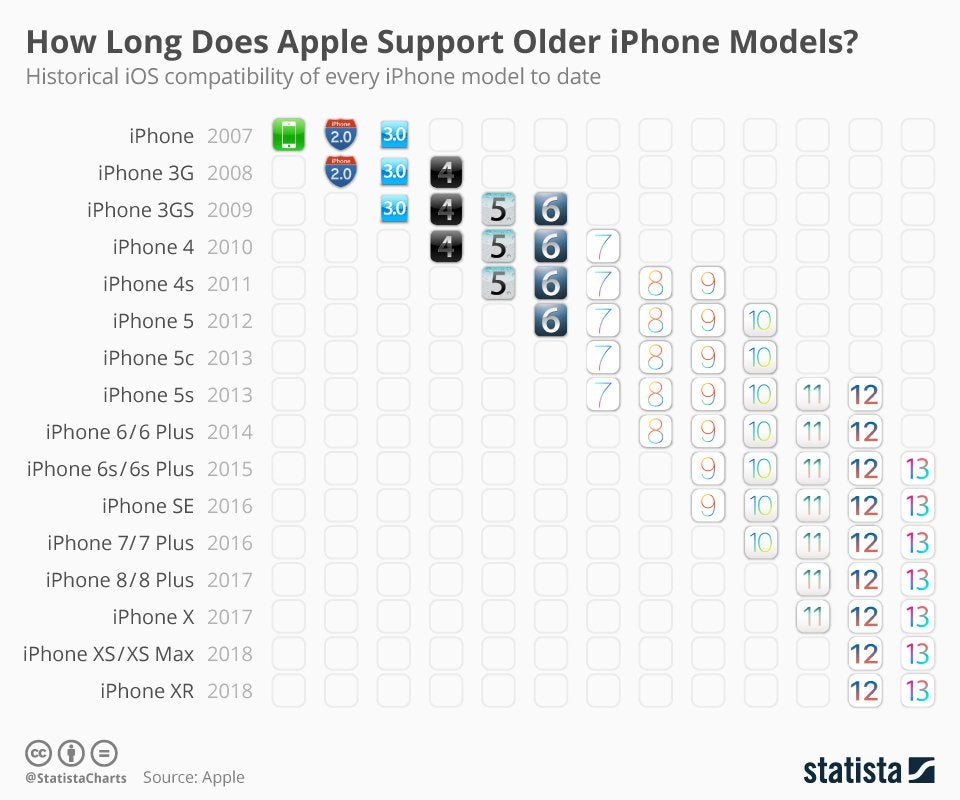 8
What data does the Carrier IQ daemon log from iPhones?
2
Can I use my iPhone4 without a sim card if i just updated to the lastest software?
0
iOS App Minimum Version Distribution
2
Recognise installed iOS version by serial number?
7
How can I make allow users with older versions of iOS to download an older version of my app
4
Erase iOS device with recovery mode without updating to latest iOS version?
0
How does integration between macOS and iOS work if they are not releases from same year