I got a used Airport Express (2nd gen, the one that looks like a white Apple TV) to extend the wifi range of my Airport Extreme (the tall white monolith looking thing).* 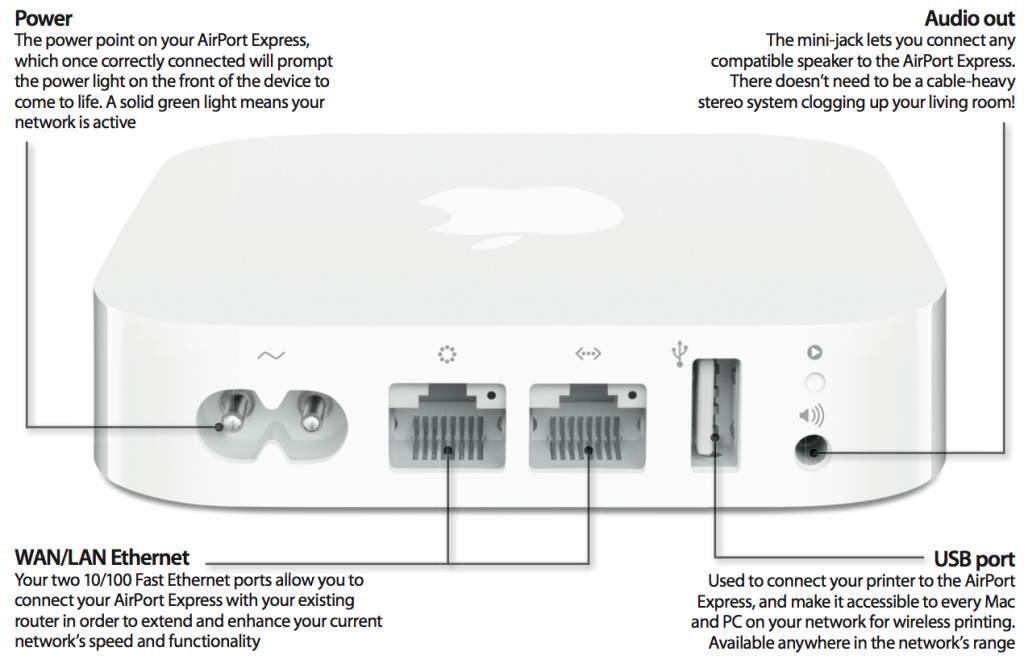 I ran ethernet from the Extreme to the Express (which is the Apple-recommended method) and when I plug it in to the WAN port, it brings the entire network down… both Extreme and Express are inaccessible.

When I disconnect the ethernet cable, and the Express is connecting to the Extreme via wifi, the Express works to successfully extend wifi coverage. BUT I'd rather have it hardwired together (again, Apple-recommended, and a bunch of other reasons).

What's going on here? How do I get this work?

Here's what I know:

*Yeah, I know: this is ancient tech. But up until this point my home wifi network has been rock solid. I got the pair of used Expresses for $30 total… so why not give this a shot?

You might be having a situation in which you have a conflict because both devices are trying to act as DHCP servers, and perhaps serving addresses in the same range.

Make sure your new Airport Express is configured in "Bridge" mode before connecting it to your network. I don't have an Airport here, and don't remember exactly what Apple calls the WiFi Router modes. You want a mode in which the new Airport Express does NOT do DHCP or NAT routing, and just passes packets to and from your main Airport router.

In this situation, where you're connecting your Express to your Extreme via ethernet (and not wifi) you actually want to choose Create a wireless network for the Network Mode, and not Extend a wireless network:

To me, this is completely counter intuitive. I am extending my wireless network and not creating one... a network already exists?! But, well, there you have it.

Anyway, after discovering this solution via trial and error, I Googled for the difference between these two modes and found this:

Extend a wireless network is used only if an AirPort is connecting to another AirPort using wireless.......not Ethernet.

Every one of the Airports on your network must be configured to Create a wireless network.

If you do connect an Ethernet cable to an AirPort that is already set up to Extend a wireless network......that will create a massive feedback loop that will crash the network until you remove the Ethernet connection to the device.

So apparently, the combination of extending the wifi network and using an ethernet cable will create a feedback loop that crashes the network... which is exactly what I was experiencing.

And now I know.

Not the answer you're looking for? Browse other questions tagged network wifi ethernet airport .