I realize this was asked back in 2014 with this question, but hardware and software has changed a lot over the last 5 years.

Here's the specifics of my situation:

Here's the million $ question: Is there any way to prevent Bluetooth from ever coming on, even before the drive is unlocked and policies are enforced?

In a dream world, we would just order a model without a BT card at all, but I don't know how feasible that is.

EDIT--- To clarify, this is going into a government facility that doesn't allow wireless signals at any point. So unfortunately we can't just ignore the signal and get wired devices.

We've talked about Faraday cages, but aren't confident they'll get approved since someone would only need to remove the cage.

Right now the closest solution we've come to, is removing the card, but they are soldered to the board. We're not sure if removing the antenna would work. I've got at least one report that someone was able to connect still, albeit from very close.

I forgot to mention that in an ideal situation, it would not void the warranty. But I wouldn't be surprised if that was a bridge too far.

The most foolproof way of doing this is simply to disconnect the physical antennas. Then no matter what kind of firmware updates, operating system updates, reboots, or whatever happens - it's not going to enable itself again.

You can follow the guide for disassembling at from iFixIt:

In step 7, you'll see that the antenna connectors are located on the main board just below the speaker assembly. 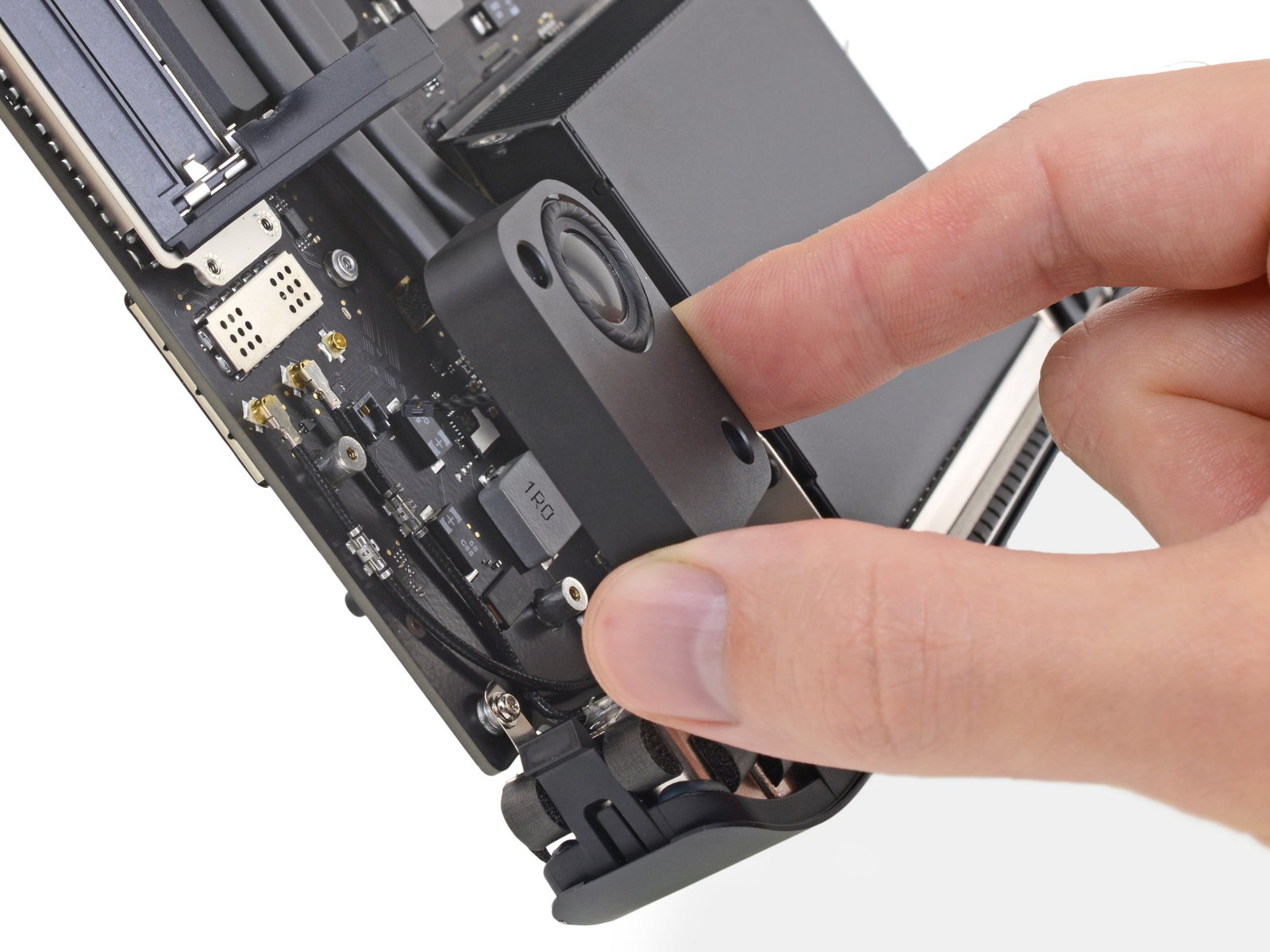 By the way: From the sound of your question, I could guess that you're wanting to place the Mac Mini in a data center that forbids the use of wireless devices. In my experience, these places are not so restrictive that you need to actually go through with this. Their rules just mean that you're not allowed to use WiFi/Bluetooth for actual data transfers in the data centers. It doesn't mean that if the Bluetooth antenna is powered up for 30 seconds during a FileVault boot, that they'll sue you for breach of contract. Perhaps try asking them how seriously you need to take that requirement.

EDIT: You have updated your question to say that you wanted to remove the Bluetooth card, and preferably doing so without voiding warranty. That is definitely not possible.

The "card" is not a card - Bluetooth is implemented as a soldered on module from muRata containing not only Bluetooth radios, but also the WiFi radios.

It seems like your requirements for hardware doesn't really fit a Mac Mini at all - so perhaps you should look at buying a different computer instead?

Or you could consider changing the default Apple software. For example you could run Linux instead of macOS on the Mac Mini - where Bluetooth as far as I know is not supported (and if it is, it is easy to disable). This also would mean that you would no longer be using FileVault 2, and so that part of the problem would go away. At that point you might as well buy different hardware since you haven't got a computer yet.

We have the same issue with a number of Mac Pro 2019 7,1 where we must disable bluetooth and all wifi/wireless. Since we have not figured out how to remove the physical chips since they are soldered on we have done this instead with a multilayered solution with fallback in case one fails. We have found with mac updates that yes everything you did can be undone and suddenly a deleted .kext file comes back and suddenly wireless or cameras turn on.

We are still seeking and open to a better solution though.

Not the answer you're looking for? Browse other questions tagged hardware bluetooth mac-mini filevault .

1
What Kernel extensions should be deleted to disable bluetooth?
1
Disable Bluetooth permanently