After the restore was complete there were many apps that still needed to download from the App Store. Their thumbnails were on my home screen, but the apps needed to download. So I placed my new iPhone on charge and left it connected to Wi-Fi thinking that today all of the apps would be downloaded. While many of them were, quite a few (about 20) were not. They do have the cloud icon on them though and when I tap on the icon they seem to start to download but then I get a message that says

Unable to Install "App". You must purchase this app to install it. 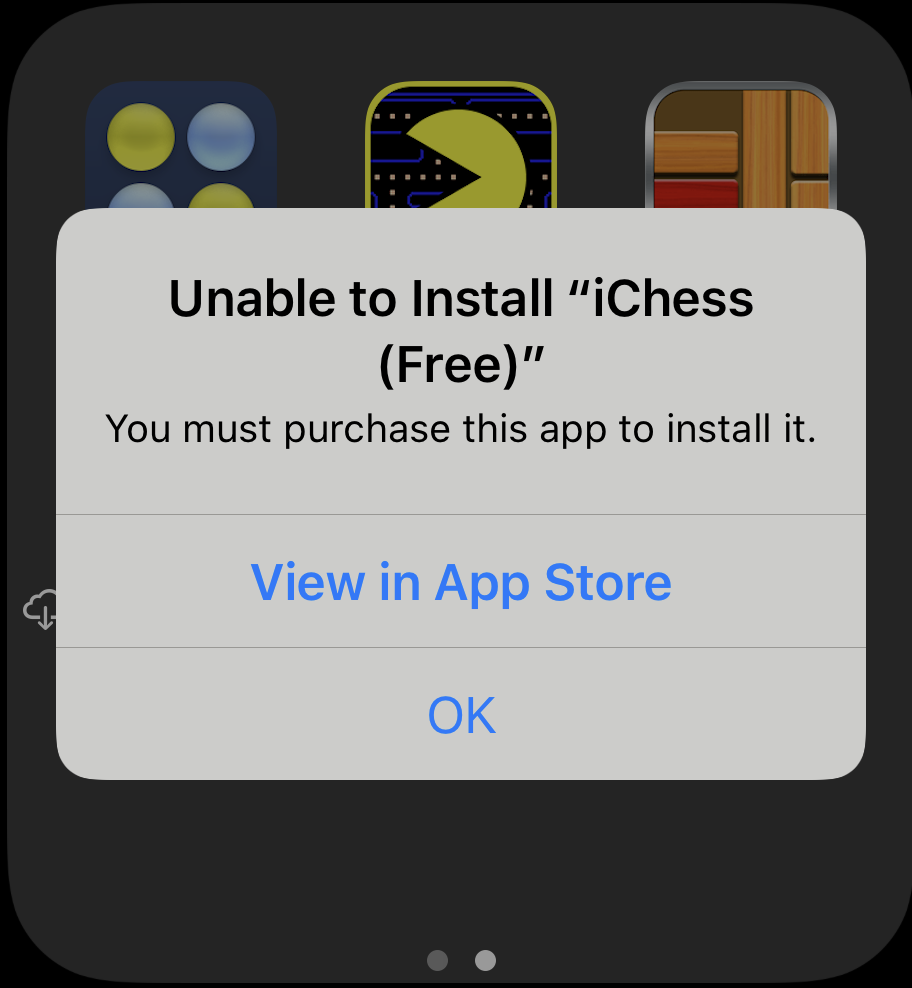 Now I know I purchased them already using the same Apple ID. I also confirmed this by checking my purchased history. Furthermore, when I tap on View in App Store, it opens up and instead of getting the GET option like you do when you haven't purchased an app before, I get the dot option that you tap on to install an app again.

My problem is that tapping on the dot doesn't do anything. Clearly the app is still available, but I can't download it.

You just need to delete the app (or, more specifically, the icon placeholder for the app) from your iPhone's Home screen. Then when you go to the App Store again you should get the cloud download symbol indicating you've previously purchased the app. Tap on that and it should download just fine.

To delete apps from the Home Screen on iOS 13, follow these steps:

Not the answer you're looking for? Browse other questions tagged iphone applications ios-appstore ios .

14
How can I find out which apps I have already downloaded on my iPhone?
13
If I buy an iPhone app will I have to re-purchase the app if I get a new iPhone?
4
Have iOS apps. Can I use them on my Mac Mini?
3
Where is the purchase history on iPhone apps?
1
Unable to restore apps to new Iphone
4
Apps won’t download or install on iPhone
3
Unable to download purchased apps because cloud symbol missing on some apps in itunes
2
Unable to install app on new phone because "App is no longer available in the App Store"
2
Unable to restore backup from iCloud in iPhone 12 pro max