What is the name of the Automator application process?

I want to kill the process of the Automator application, but i can't find the name of it in the activity monitor.

You should be able to Force Quit it from the Apple menu, or from right-clicking its Dock icon.

Of course, Automator workflows that are still running will be entirely separate processes.

I wrote an AppleScript a while back which helped me address the same kind of issue you are dealing with. In short, the code gives the options to choose from either visible or invisible application processes, in which you want killed. The code then uses the shell script command kill to terminate those processes by their process ID.

With your circumstance, I would run this code and first choose to view the list of visible applications. If Automator is not in that list, I would choose to kill Finder in that list (which will kill Finder and relaunch it). Then check to see if that solves your problem. If not, then run the script again and choose to view the list of invisible application processes, selecting "WorkflowServiceRunner" (if it exists), "System Events", and "System UI Server" and kill those processes (which should kill them and relaunch them also) 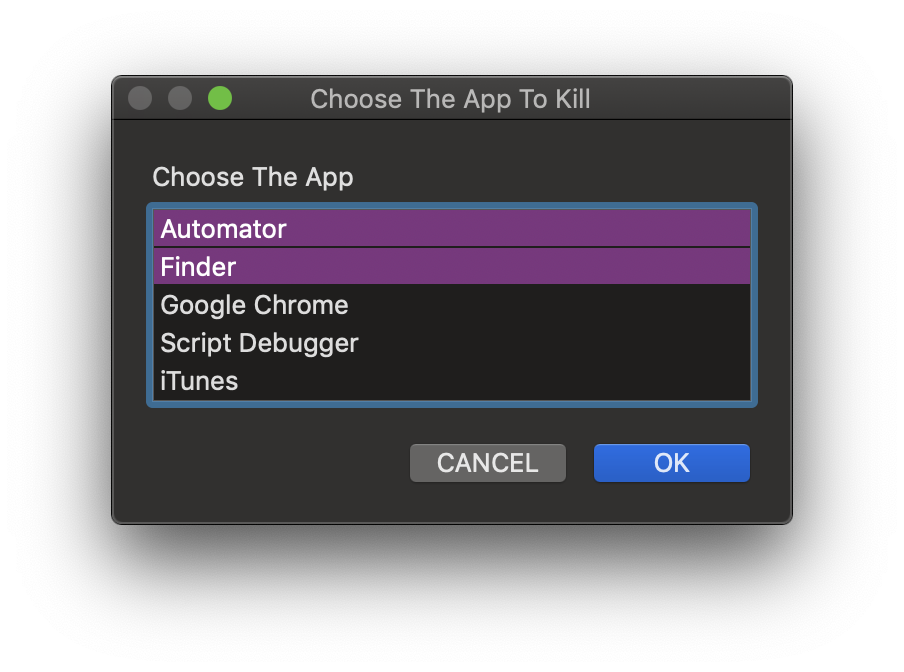 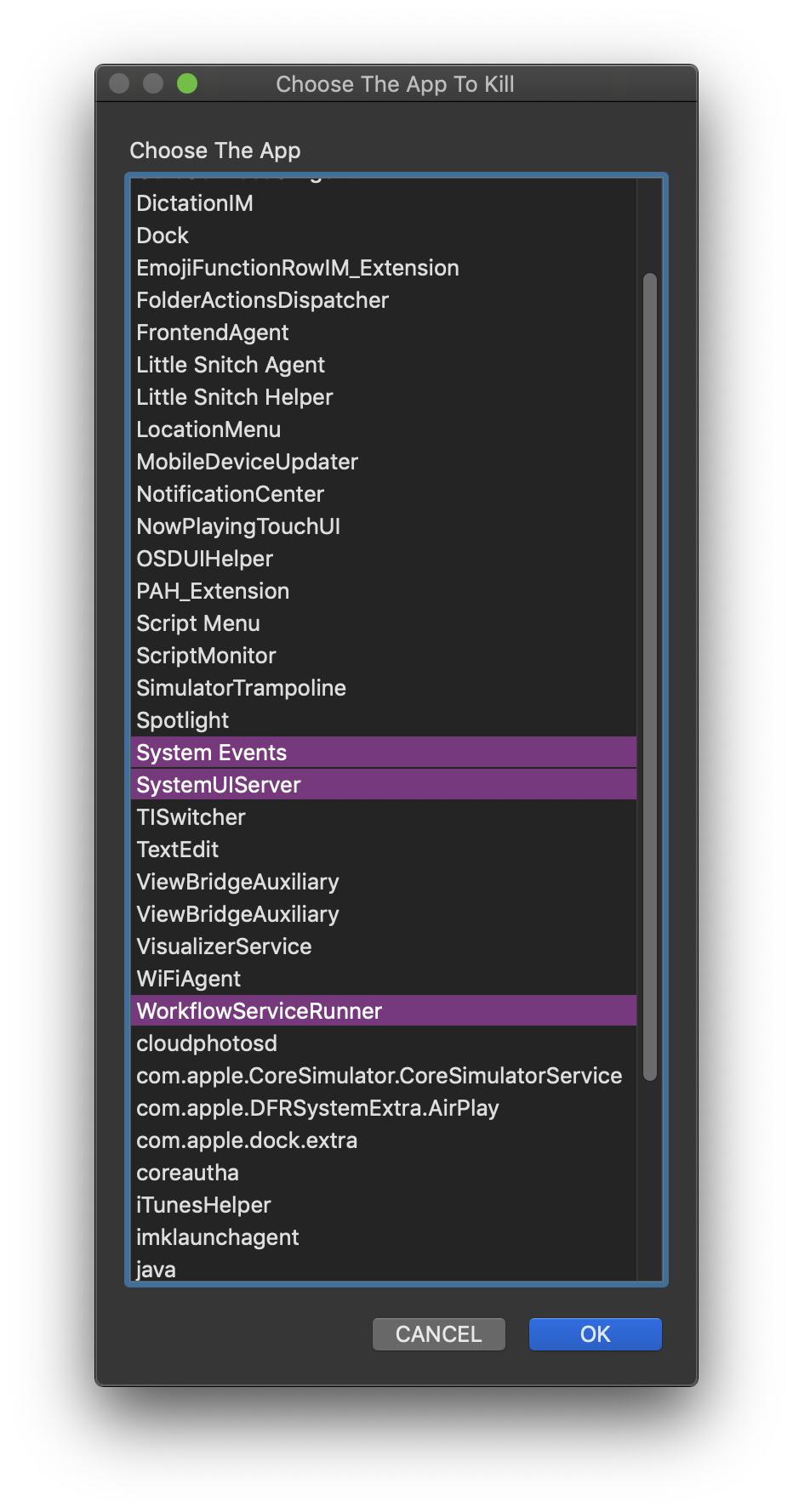 Hopefully this will help with your situation but if it doesn't, saving this code as an application in Script Editor.app and using it rather than Activity Monitor... To kill applications... Should prove to be a handy tool in your arsenal.

Not the answer you're looking for? Browse other questions tagged macos automator activity-monitor .