Full screen app on one monitor, Desktop on other

I want to use Terminal in full screen on one monitor while having the desktop accessable on the other. pressing the green button in terminal fills screen 1 with terminal (good), but the other is blank (bad). It would be nice if the other were the desktop or another app.

When Terminal is fullscreen, the other monitor becomes blank i.e. nothing on it.

The same rule applies regardless of what monitor Terminal is on.

This happens to any and all apps, not just Terminal.

Ensure that "Displays have separate Spaces" is checked:

This should fix the blank screen issue. 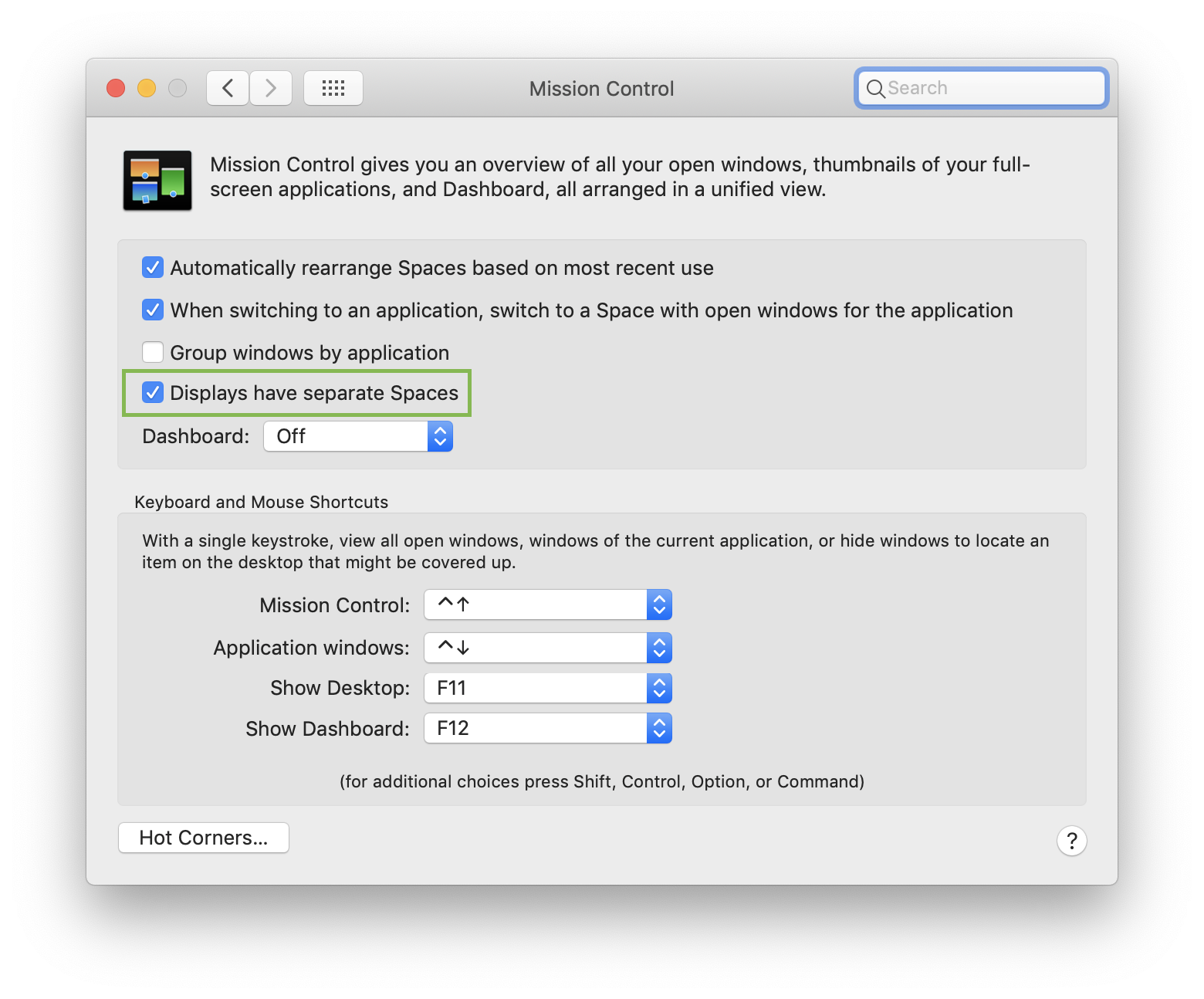 Not the answer you're looking for? Browse other questions tagged finder display high-sierra fullscreen .

2
Is there a way of swiping between single spaces on a multi-monitor setup?
1
How do I open two/multiple fullscreen views simultaneously in 10.7 Lion?
6
OS X 10.9 Fullscreen on second display doesn't stretch to full screen, but only part of it
2
How can I fix the Dual Monitor Fullscreen issue without updating to Maverick
21
How to make fullscreen windows appear next to the current space with “…rearrange spaces based on recent use…” disabled
5
Fullscreen on multiple displays and swiping moves all screens
1
Change default fullscreen new window behavior
0
Maximise to half screen and choose other window
1
prevent Microsoft Remote Desktop from starting in full screen mode
3
Why can I not maximize Activity Monitor to full screen?