Is there a way to tell a Macbook to bump up the clock speed of the processor?

I have a Macbook 12 inch that has a processor (CPU) running at 1.2GHz but with Turbo Boost up to 2.6GHz.

It is feeling a little slow sometimes, probably because it is running at 1.2GHz and not doing any Turbo Boost.

Is there a way to tell the processor to run at 1.8 or 2.0GHz regularly?

The Intel Turbo Boost feature will decide by itself when to switch to a higher CPU clock. There is no way to manually activate overclocking. See also Intel's FAQ on the matter:

How is Intel® Turbo Boost Technology enabled or disabled?

You can use e.g. Turbo Boost Switcher to turn Turbo Boost off, but as stated above, it is enabled by default.

That being said, you can create optimal conditions for you CPU to decide to overclock. According to the Intel's support document, the following factors influence clock speed / activation of Turbo Boost:

Availability and frequency upside of Intel® Turbo Boost Technology 2.0 state depends upon a number of factors including, but not limited to, the following:

When the processor is operating below these limits and the user's workload demands additional performance, the processor frequency will dynamically increase until the upper limit of frequency is reached. Intel® Turbo Boost Technology 2.0 has multiple algorithms operating in parallel to manage current, power, and temperature to maximize frequency and energy efficiency.

Therefore you can try the following:

To learn more about your MacBook's behaviour and clock speed you can use utilities to monitor clock speed, power consumption, and temperature, such as iStat Menus or Intel Power Gadget. 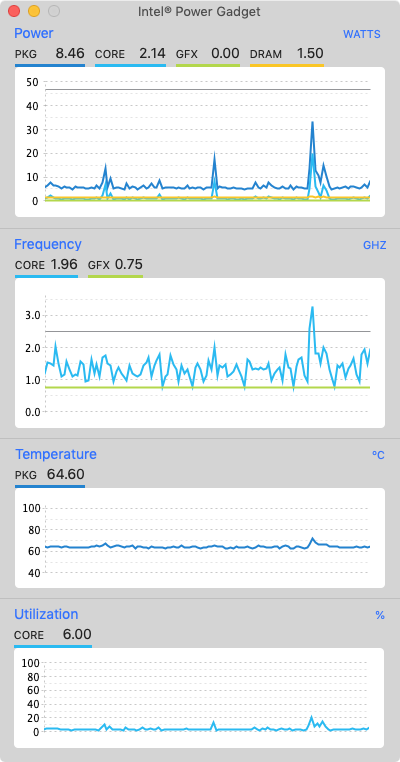 Not the answer you're looking for? Browse other questions tagged macos macbook-pro turbo-boost .

1
Can Turbo Booster (3rd Party Application) damage your CPU?
0
How to change MacBook's performance back to normal after it was reduced?