I have an iPhone 5s, purchased in ~2013. The battery is original and has never been replaced. I have had charging problems with it recently - I needed to wiggle the cable to get it to charge. I thought it was a bad cable.

A couple of days ago, I let the phone discharge and turn off to calibrate the battery. I let it sit until today, when I tried to charge it. When I plugged it in, all it did was flash the low battery symbol with the lightning bolt and lightning cable (not the solid low battery symbol).

I did blow into the lightning port to clean it out. The cable fits snugly, and the pins on the inside of the port are clean. There's no lint or anything in the port. I've tried a couple different cables and chargers (I tried a Linux computer, a MacBook Pro, a wall adapter, and three different cables), and they all do the same thing. iTunes did not detect the phone on the MacBook Pro.

The symbol reappears for a few seconds whenever the phone is disconnected, so I know the phone detects that it's plugged in. I did get the solid low battery symbol to appear once, but unfortunately, I unplugged it because I wanted to use a wall charger.

I will need the phone in less than a week, so any help would be greatly appreciated. Here are some photos: 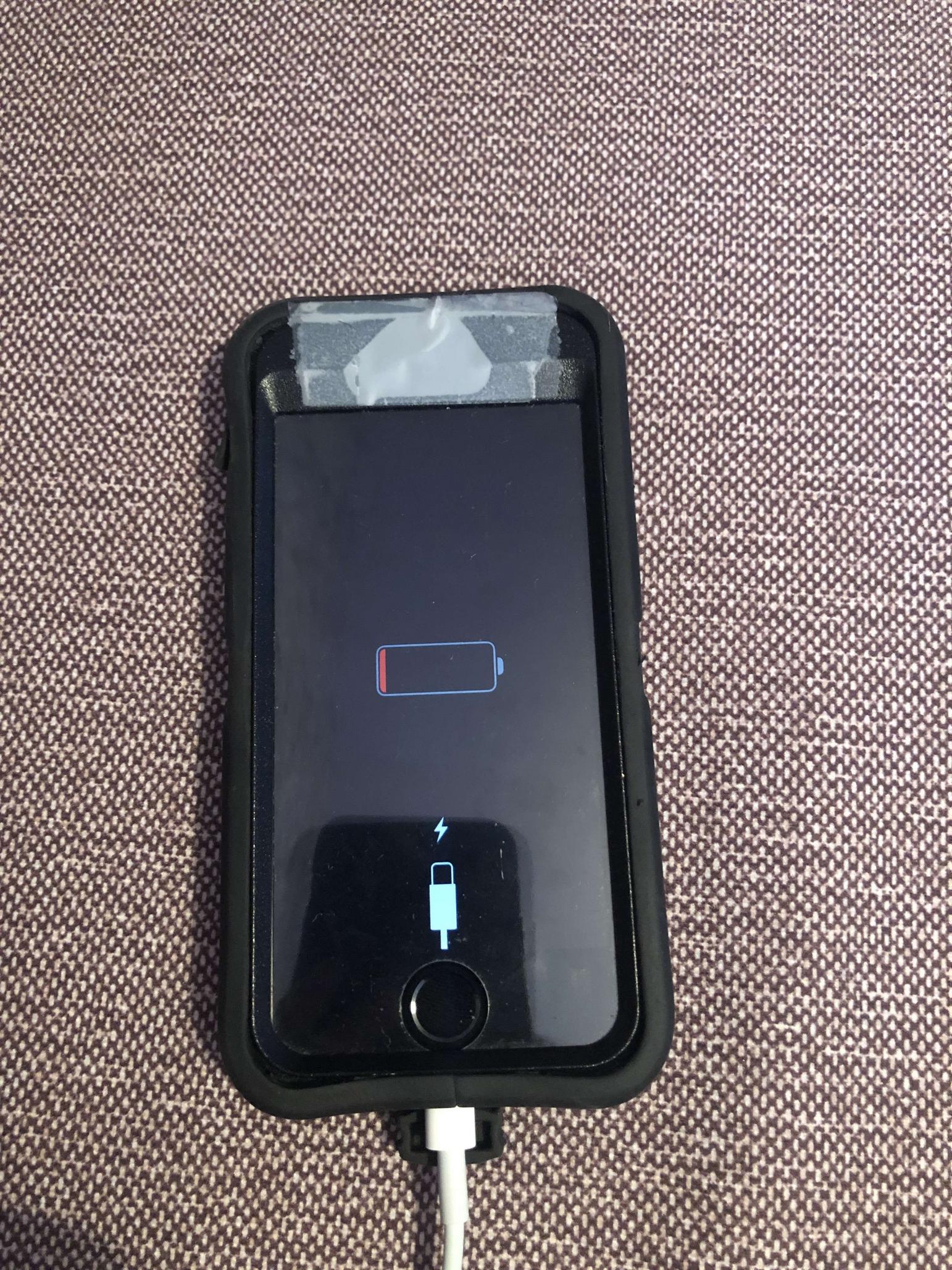 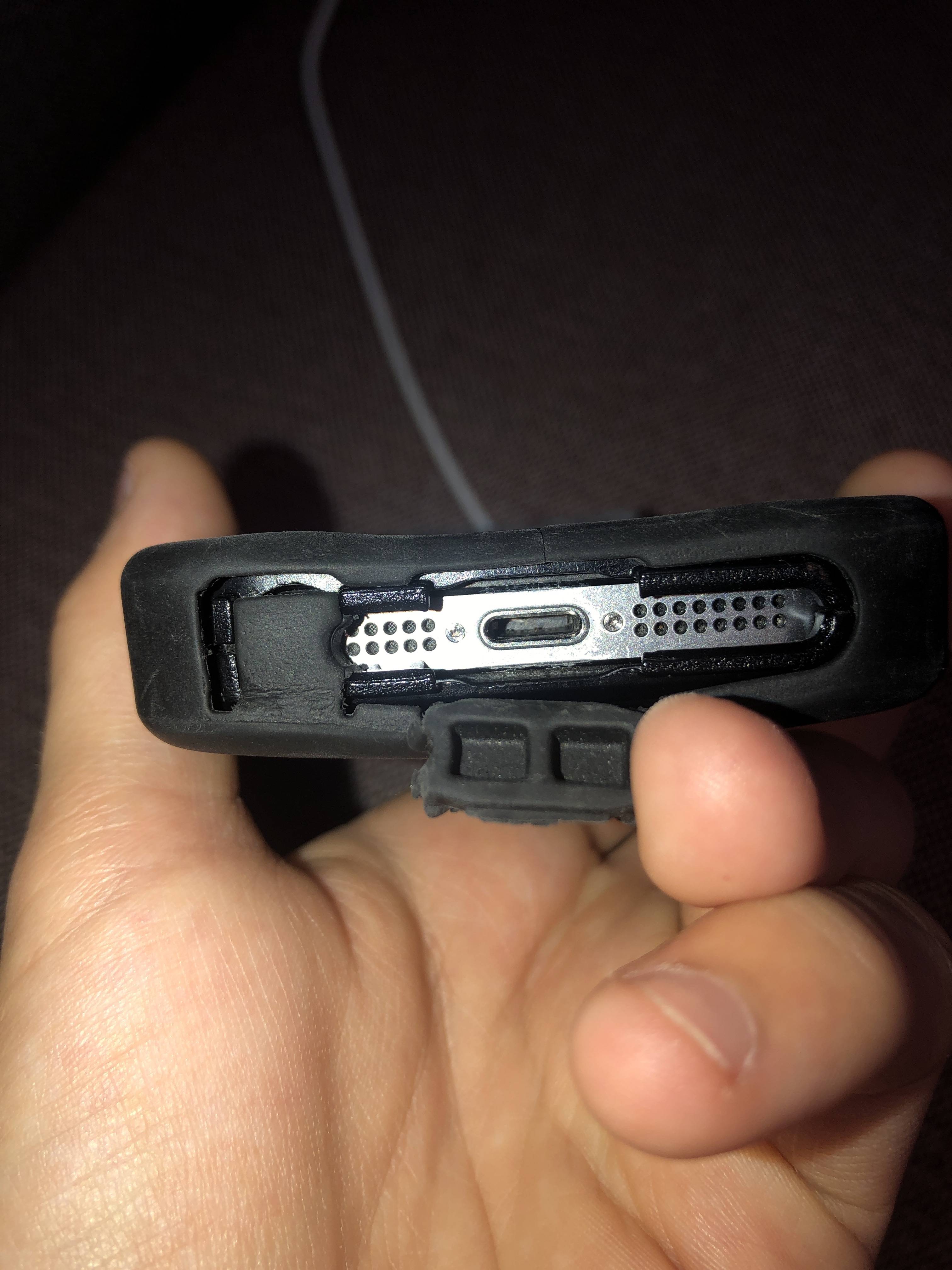 Note: I cross-posted this question on the official Apple community to (hopefully) get more answers.

The problem you're having is that the battery has most likely died and a battery replacement is in order.

An iPhone 5s battery is rated at having a life expectancy of 500 cycles. It's not uncommon for batteries to exceed or fall short of this number; it's just an estimation of how long it can last. In your case, though, the battery would have had a much longer than average life and, unfortunately, your attempt to calibrate the battery may have been the nail in its coffin.

The only thing to try (if you haven't already) is leaving it plugged in for a while to see if the battery starts getting a charge. You should know after about an hour (maybe earlier) if that's going to work.

Otherwise it really is the time for a new battery (or a new phone). Fortunately, if you want to have a go at replacing the battery yourself, this isn't too difficult for an iPhone 5s. See How to replace the battery in your iPhone 5s for more info.

However, most people would opt to have it replaced professionally or to upgrade their phone when it's this old as you don't know what other components may fail in the not-too-distant future.

you can try a "hard reset" of the phone: keep the home button and the power/sleep button pressed for about 30 seconds while connected to a power supply.

Not the answer you're looking for? Browse other questions tagged iphone battery charging .

3
iPhone battery symbol is red, doesn't acknowledge charging, but is apparently charged
0
iPad 2 not charging
13
What causes iPhone low battery crashes? Is there a software fix?
1
Why isn't my iPhone 4S charging (apparently) only in some places?
0
iPhone connected to charger and shows charging but not charging battery
0
Can a 3.7 Watt LiPo battery trigger the charging symbol on an iPhone?
0
I just tried to clean my iPhone lightning charger port with the graphite out of a mechanical pencil and now it won't charge at all