Macbook Screen Graphics Glitching From One Frame To Another

My MacBook Pro (13.3 inch, MacOS Sierra 10.12.15,Late 2017) started to have grey horizontal lines appearing on my screen in Mid 2018. At first I thought it was not very serious and could deal with it, but later into 2019, a dark grey translucent stripe started appearing at the bottom of the screen.

Because the usage of my MacBook has increased far more hours than usual, the whole display started to fail. For example, if I was to be watching Netflix, the screen would freeze on one frame, but continuing what was supposed to have been playing underneath the first frame that was frozen. I could only see what was happening because it froze translucently, where I would immediately turn off my laptop to prevent further damage.

Other example that may occur would be when I am on one tab (let's say, a Spotify playlist), and then swipe across my trackpad to a Google Document filled with writing, and then to my desktop. My screen would have my desktop wallpaper with a translucent overlay of both the playlist and the text that I would have been working on, on the document. I figured the fault may have been because of a crack at the bottom my screen, although I do not understand how that may have happened. 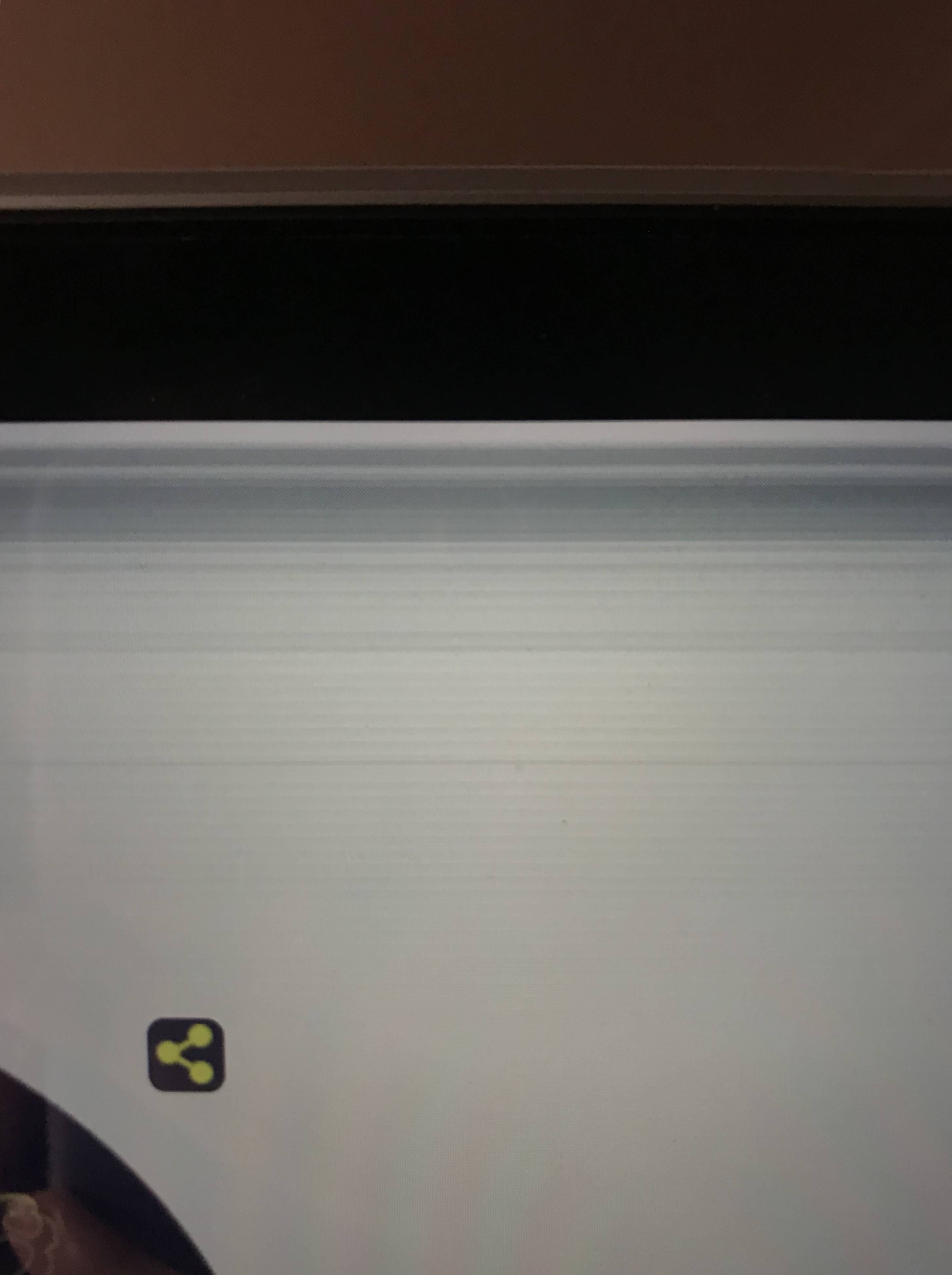 Any ideas on how to fix this problem?

Take it to an authorized apple repair facility. They are the only ones that can get new parts. The labor is reasonable, $75 an hour if I remember right. You can try and go with a used screen but you're taking your chances. If you have apple care then they might replace the screen for free. I can tell you that the retina screen is about $450 on a MacBook. They will also do a free diagnostic to make sure the quote is accurate. Looking on Amazon the price is about the same so might as well let the pros do it.

Not the answer you're looking for? Browse other questions tagged macbook-pro display screen .

14
Can I connect more than one external monitor to the late 2010 MacBook Air?
1
Garbled screen after upgrading to Mavericks on Retina
0
Macbook Pro Retina 15" (mid 2012) screen is glitching in specific situations
1
MacBook Air display went haywire
0
MacBook Pro screen muddling up letters
17
MacBook Pro display suddenly has a very faint warm/pink tint
1
Growing black portion on the screen of 2017 MacBook Pro. What could be the cause?