Can I tell Terminal that it is allowed to kill processes if asked?

Mojave on my iMac routinely applies its own updates and reboots itself, with most running programs returning to a reasonable copy of their pre-reboot state. That's fine, especially since these updates can take quite a long time. I don't want to sit waiting for them.

But I do web app development, and there are typically several different node.js web servers running in terminal windows. It's convenient to leave them running all the time. Using nodemon, they automatically restart when I change the server code, which is handy.

But when an update wants to reboot the system, the terminal windows running the servers all ask me whether I'm OK with killing the process, and sit waiting for an answer. Meanwhile, I'm in bed. And in the morning I have to say "yes", and then wait tediously for the update to complete. If I don't do it then, I forget about it, and see just the same thing the next morning.

Is there any way that I can script my code to tell the terminal program in advance that, if someone asks, it is ok to kill the running process? 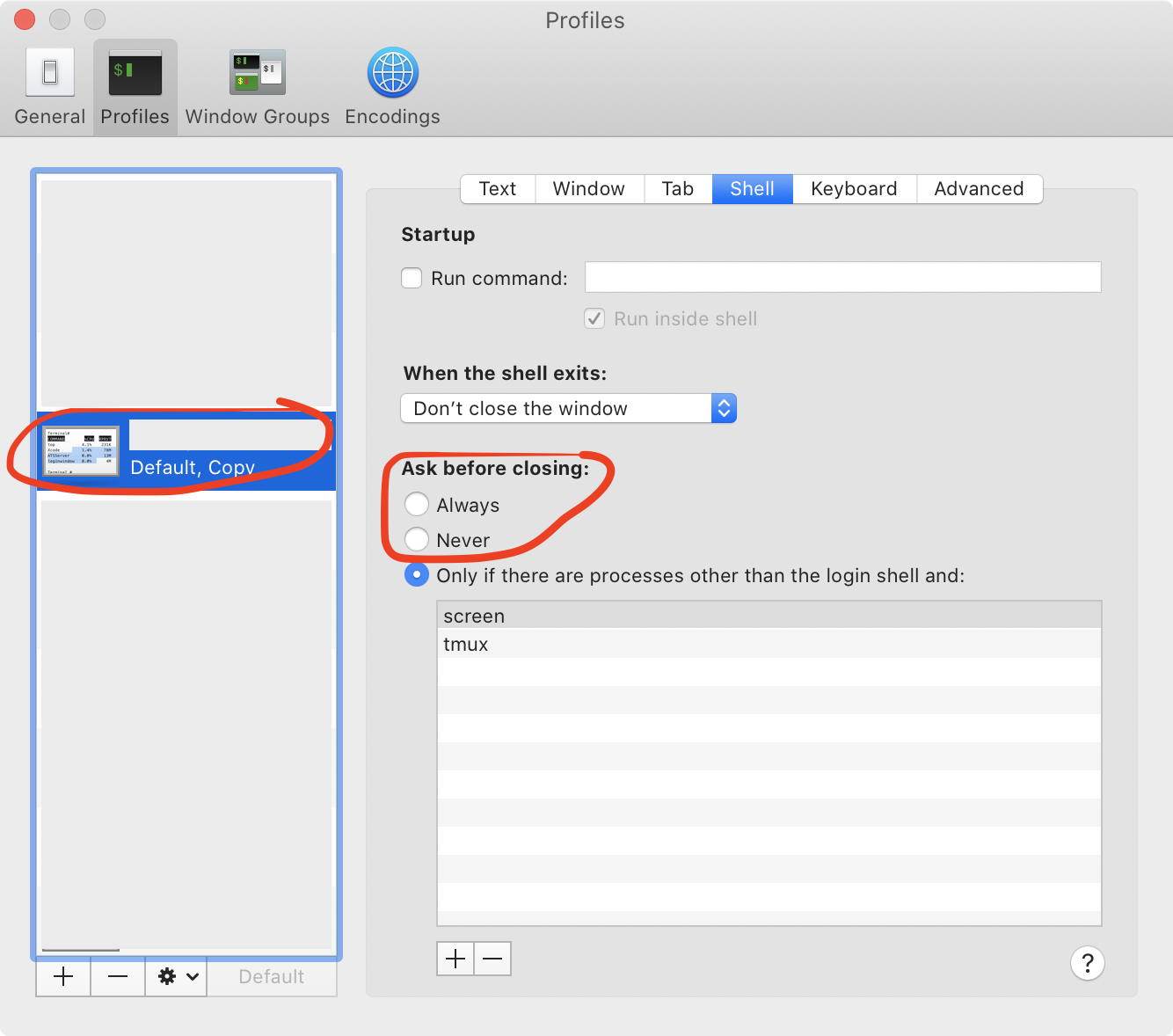 Not the answer you're looking for? Browse other questions tagged terminal script .

2
Kill processes automatically that get over x % CPU
7
Is there a way to have something similar to Cygwin on Mac?
2
Scripting Terminal Command with Automator
47
Do Terminal processes stop if Mac sleeps?
0
How can I make Automator run service I made (shell script) and display the output in Terminal?
0
Monitor & restart SecurityAgent Process
2
stop an open Terminal from blocking overnight macOS update
2
Terminal app can access folders that it isn't allowed