I followed this guide to make iTunes store my iPhone backups on my Time Capsule drive, which has free space to spare instead of my MacBook, which is low. However, when I run a backup now, I will get the following error message:

"iTunes could not back up the iPhone because an error occurred while reading from or writing to the iPhone." 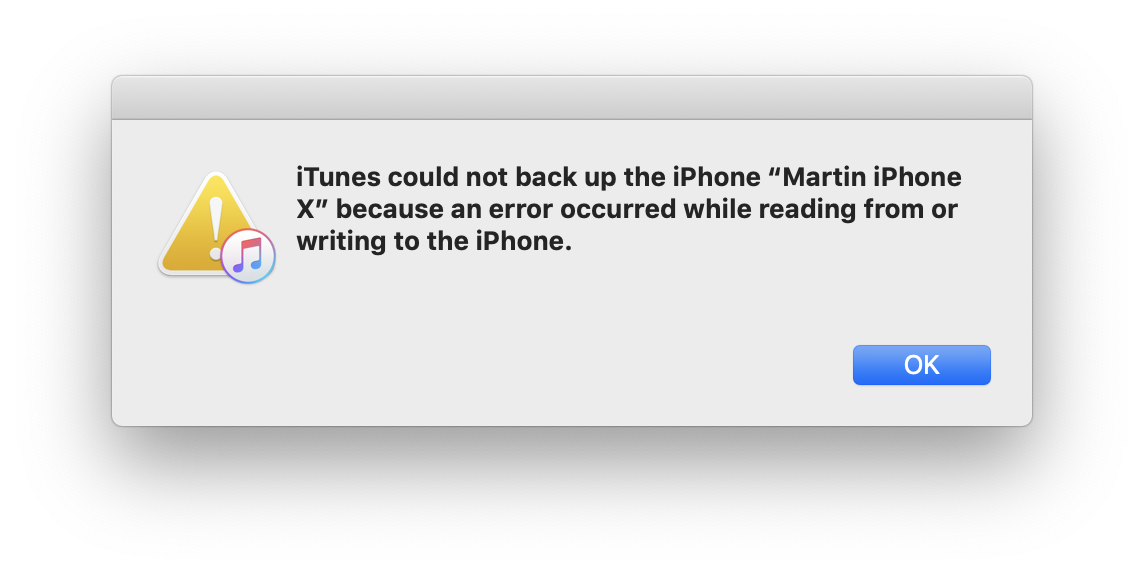 The backup process clearly writes to the disk as I can see the many GB worth of files reside in the correct place. So the symlink works for that, at least. It just fails on step 5 of 5 of syncing in iTunes, "waiting for changes to be applied". That's when the above error message is given. I have tried both doing a clean backup into the Time Capsule and relocating my current backup thereto and then doing an updated backup.

I suspect it may something to do with permissions so I also tried allowing Airport disks guest access using an older version of AirPort Utility (5.6) but it didn't help either. So does anyone know of a way to backup directly to the Apple Time Capsule? Thanks

Thanks for checking that some of the files show up to ensure the symlink works.

The first thing I'd try is to keep your Finder window open to the time capsule folder where the backup is being written, in case some power-saving mechanism is disconnecting from the Time Capsule. Even better if you can occasionally remember to navigate around to really make sure that connection is still active.

Not the answer you're looking for? Browse other questions tagged iphone itunes backup permission time-capsule .