iOS 12.2 unknown words can be dragged around, but why?

By accident I've discovered the following:

At this point I can hold my finger on the red highlight and then drag the word around the screen. It appears in a white background rounded rectangle with a superimposed green plus, while the misspelled word in the message box is a grey color. The keyboard disappears. 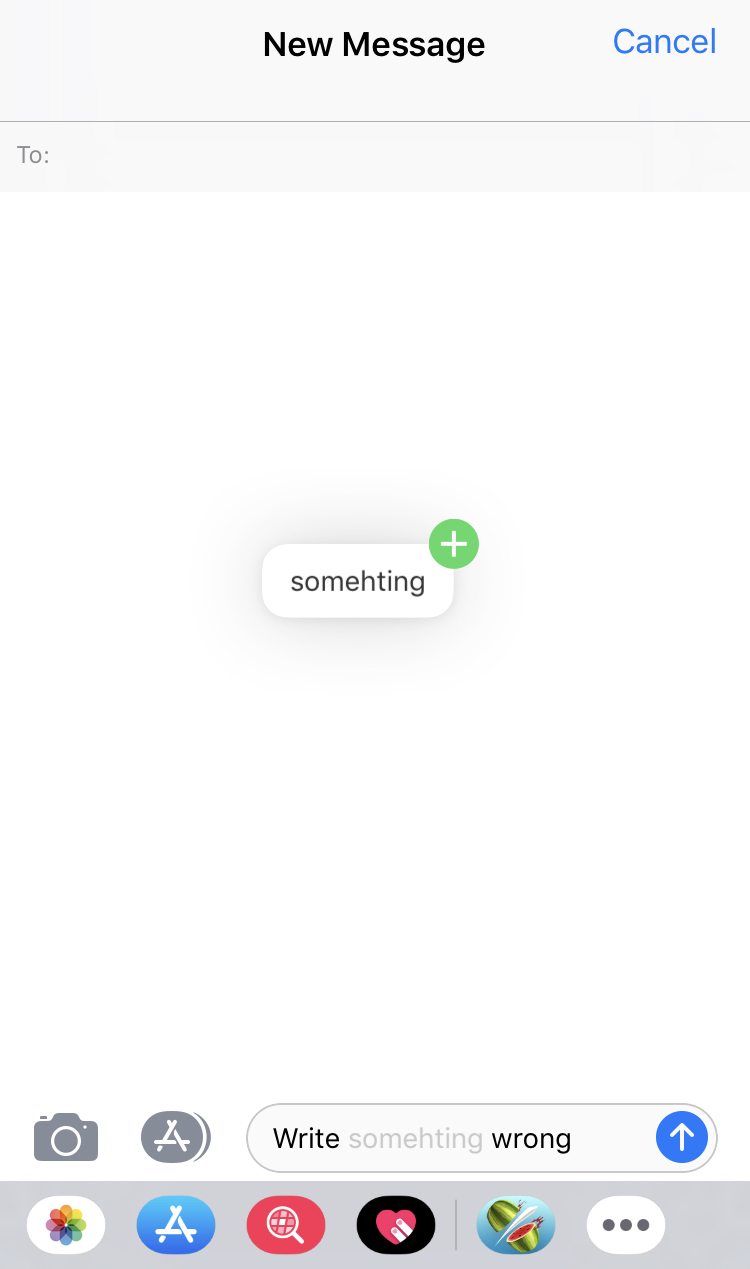 I haven't been able to figure out what else to do with it- dropping it on various parts of the screen doesn't seem to do anything. I did wonder if it added it to the dictionary but it seems like such a bizarre UI for doing this, and the next time I write the word it still suggested as a misspelling..

What is this functionality for?

When you click on the word like that it is selected. You can drag the word around at that point. If you select some text and drag it around you'll find that it does the same thing. You'll have to select some bigger text so you can click the middle of it and not change the selection.

It appears to be a way to copy text from one text field to another. In the messages app I noted that if I drag the text from the message area to the "To" box and wait a short while the plus mark on the dragging text will briefly disappear then reappear. If I let go the text after it has done this it will be added to the To box. I'm hence assuming that this is something like a quick copy paste functionality. It doesn't appear universally implemented; though (as per Thomas' answer/comment) I can select text I'm editing (so it has a blue highlight) and drop it elsewhere it doesn't seem possible to select text off a webpage and drop it into a text box. I also note with the messages app if I drag text out o the message box, pause, then drop it on the conversion the text ends up pasted on the end of the message text box again, so there are perhaps some bugs where the focus target looks like it can receive text but if it's read only the text gets pasted into the next field on the page that can receive the text. The plus does disappear if the drop target is incapable of receiving text though

Not the answer you're looking for? Browse other questions tagged ios messages spellcheck autocorrect .

0
Why does iOS autocorrect some words but not others when using a bluetooth keyboard?
2
How to improve spell check in OS X
2
How can I get iOS to stop changing asterisks (*) to capital “I”s?
0
where is the tooltip gone for misspelled words in ios 10
3
Can you whitelist certain words from being auto-corrected?
0
Can I sidestep a red line spelling checker in words other than English?
1
Can’t disable Siri in iOS 12.2
2
Why are some SMS-recipients reachable through iOS but not macOS?