My question is do I have to erase my entire disk to go back to mojave. I somehow managed to erase once before on a different machine. When I entered recovery mode again right after erasing, it seems like it tried to download a large image for a bare machine only using internet, but the timer stuck at 24:00. Basically, I couldn't access to mac OS utility at that time. Now I'm experimenting on another machine, and I don't want same thing happen again.

But as I skip Reformat and partition your startup disk step, I jumped to Restore from your Time Machine Backup step. I found that I have to choose between two destinations to restore, which I think it's something new brought by Catalina. Other the my backup drive, there are two other options. One is called Macintosh HD, the other is called Macintosh HD data. Both get similar info, I don't know which one it should be. So back to my question, do I have to erase entire disk. If I don't erase, which disk should be selected as restore destination. If I have to erase, does it mean the original OS installer on the disk would be gone as well, therefore I have to download the image from internet? But still after erase, do I still need choose between those two destinations? If so, which one. 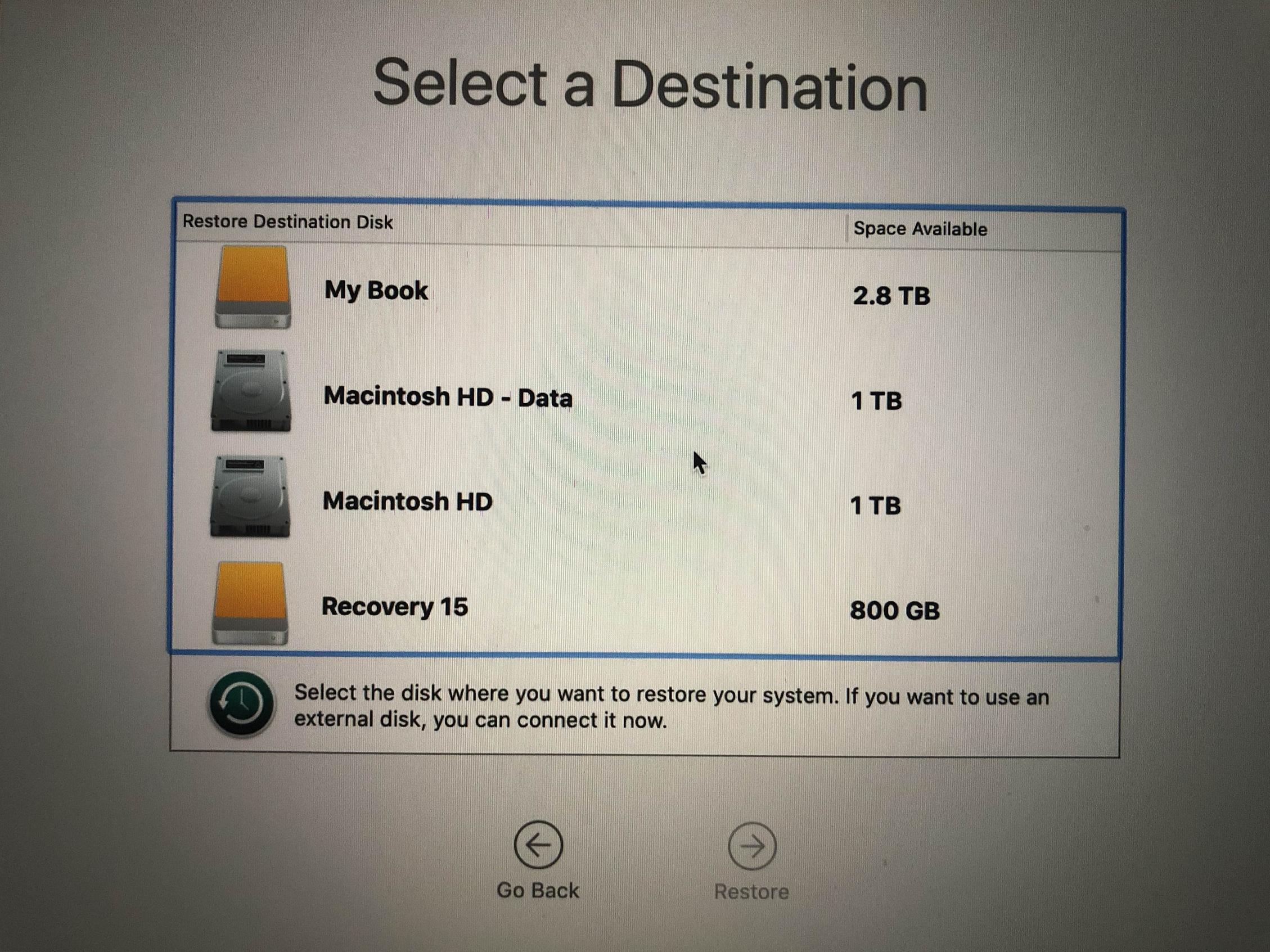 I need to get back to stable version ASAP, so I can't simply unenroll the device and simply wait for Catalina release. And I also turned genius bar guys for help, they said Catalina bring security feature, they can't help me restore factory setting(install Mojave) either. Plus they said using beta version means you have to deal with issue yourself. Any solution other than these would help.

Unlike some installations of some operating systems there is no OS level uninstall feature in macOS.

What that means is that if you install an OS update or upgrade and you need to revert back to the previous version there is no built-in way to do so.

In fact the ONLY way to revert any OS upgrade is to back up your files, boot into recovery mode (or a bootable USB installer), wipe the drive and re-install the operating system. Once that is done you can restore from your backup.

Not the answer you're looking for? Browse other questions tagged hard-drive time-machine disk-utility restore catalina .