Contacts and Phone on iPhone think I'm in a different country

Yesterday I got a call from my wife and the iPhone said "Maybe Mrs. SSteve". The phone number was the international version of a U.S. phone number and her custom ringtone didn't play: 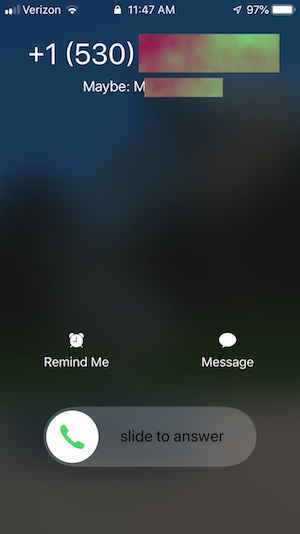 Voicemail is also showing international versions of U.S. phone numbers and also shows "Maybe" (normally it just shows the name and no phone number at all): 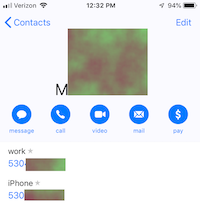 Contacts on my iPad still formats numbers the way I expect: 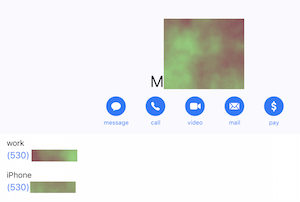 I'm running iOS 12.3.1 on an iPhone 6. I remember seeing recently that there was a carrier update. I must have installed it because Settings -> General -> About doesn't show an available carrier update.

I tried setting my Region in Settings -> General -> Language & Region away from United States and back but that didn't work. Where else does iOS get the region for phone numbers?

When I was writing this question and was in Language & Region, I tried setting the iPhone Language even though I didn't expect it to do anything. It was already set to English but I went ahead and selected "English (US)". It went to a black screen that said "Setting Language" (or something similar) for a while and when it was done all the phone numbers are displaying correctly. So I guess it's possible the language wasn't set to "English (US)" but I can't imagine why. Anyway, since I already went through the effort of editing the screenshots and writing the question I figured I'd leave this here in case it's helpful to someone.

iOS apparently gets the region from a buggy codebase, unfortunately. I'm glad you were able to solve this!

Like Christopher and JDH, an overseas adventure with an eSIM & Physical SIM messed me up - and it even persisted across a backup.

Given no combination of changing region (and restarting via power off), language (incl. a full restart), and Dial Assist (of course incl. restart via power off as well) will get the iPhone dialer to show the standard (###) ###-#### phone number format format, I have one last idea. I believe I still have a foreign SIM in the phone (although the line is disabled in favor of using my eSIM as my only, Primary line). I'll remove it. Even if that fixes the formatting, I'll still reset my phone as I upgraded from 13 to 14 without setting the phone up as new and it's showing its age (iPhone 11 Pro).

Thank you for the thread!

Not the answer you're looking for? Browse other questions tagged iphone ios contacts .

4
Using international phone numbers on iPhone
4
How can I make Find My Friends display distance in miles rather than km?
0
iPhone not i.d.'ing callers after resetting all settings
1
iPhone contacts off by one digit and/or swapped digits
6
Show caller ID and number on incoming call on iPhone?
2
Changing the Region changes the Language on iOS11?
1
Are phone numbers best saved with country calling code (and/or plus) or not?
1
Incorrect phone number format when dialing from iPhone