Dictating spelled numbers in English and other languages

Is there a way to have iOS voice dictation spell out numbers? I mean speaking 145 and having it write "one hundred forty five"; this would be useful in English and other languages. Although it’s not that common to spell out numbers in English, in my experience it seems a lot more common in foreign languages such as Italian and German. It’s really difficult to spell out the very long words in those languages and so this would be a gr8 feature

I’ve done a lot of searching and tried different things but nothing seems to work, including here on stack exchange where almost everything on this topic is several years old. In fact some of the posts I read indicate that there was the reverse problem years ago that was solved by saying “numeral” beforehand to avoid spelling the number.

Edit: In response to @MeanAverageMeanie I installed GBoard and tried dictating "eleven plus fourteen equals twentyfive" in Italian, German, and English. Unfortunately, it still produced numerals rather than spelled words in each case, as seen below using Gboard within the iOS Mail app: 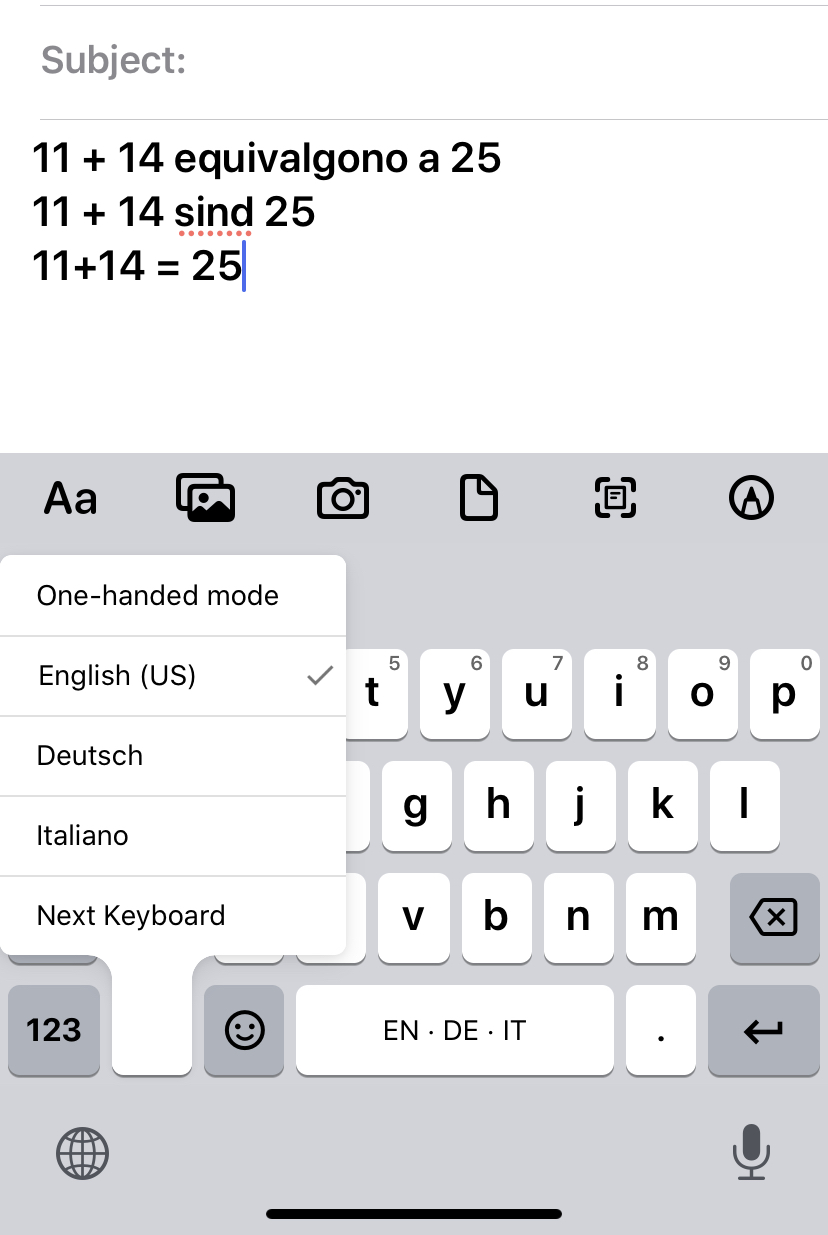 The answer is to install Google’s GBoard keyboard. Its voice dictation feature automatically spells out numbers like “forty-five” rather than typing them out as “45”. I don’t know why iOS doesn’t do this. I’ve tried, but ultimately it was Google to the rescue. It also works in other languages, i.e. French “quarante-cinq” and Spanish "cuarenta y cinco”.

Not the answer you're looking for? Browse other questions tagged ios voice-dictation .

2
Per App VPN and other network activity
6
Multiple languages and Emoji button on iOS keyboard
0
upgrade to 9.0.1 disabled App store and other apps
0
preinstalled iOS apps in other languages
2
Calculating a custom total for a column on iPad mini and Numbers
0
Ghost/phantom notifications and other sketchy things
2
How does HealthKit calculate activeEnergyBurned and other variables?
2
What does “Other Languages” item in iPhone settings mean?