In previous versions of macOS, the File Open dialog had a "Show sidebar" button, "Show items as" and "Group items by" radio buttons in the toolbar. 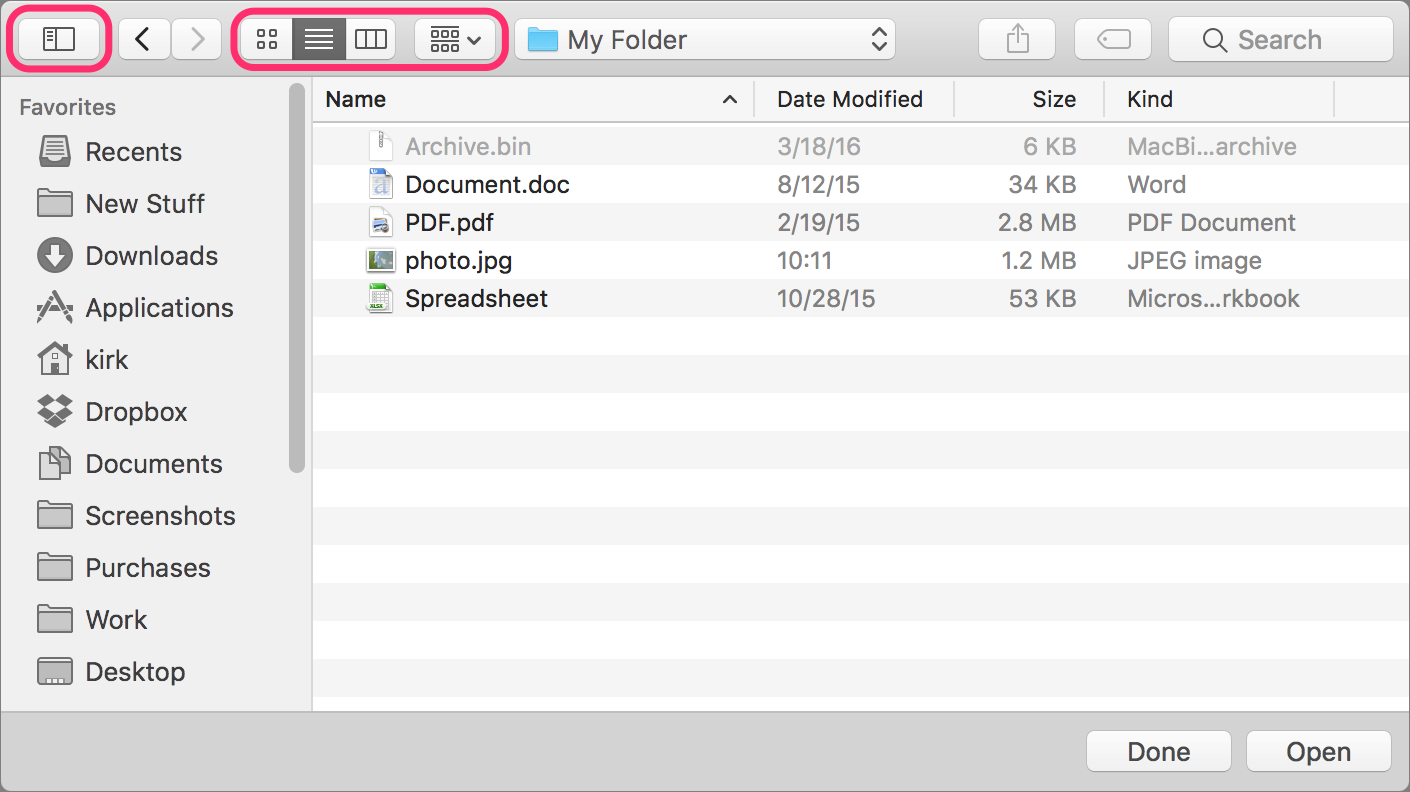 In Mojave (not sure in which version this was changed), they're hidden under a hamburger menu: 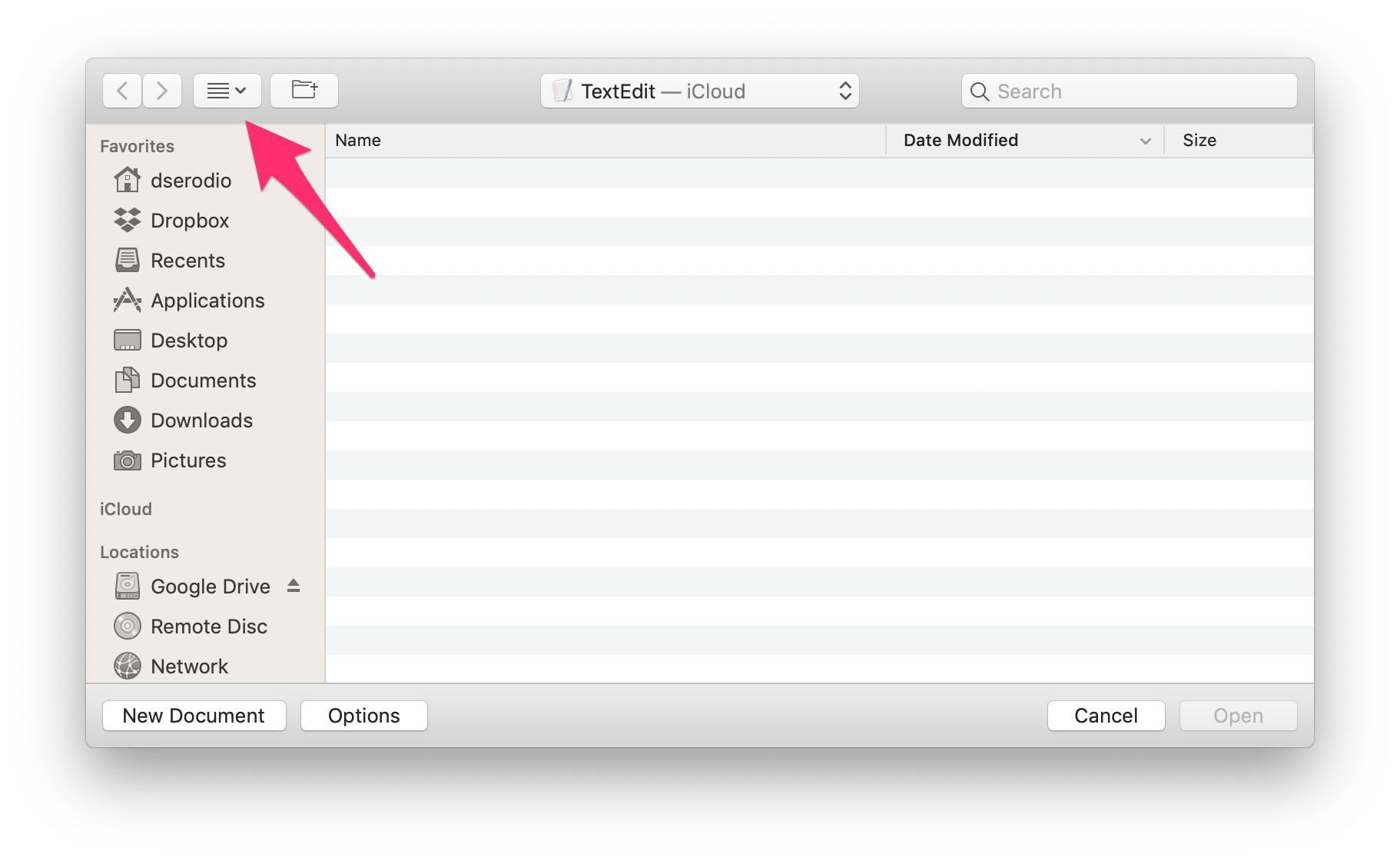 Is there some way to make the File Open more similar to the Finder window, like in previous macOS versions?

That said, you can still use the default Finder keyboard shortcuts to manipulate the window's view instead of using the button menu on the Toolbar.

Note that other default Finder keyboard shortcuts may apply; however, I only tried the ones already mentioned.

1 Per a comment, there is Default Folder X, $34.95 USD, that may have some functionality that could be useful.

Note that I have no affiliation with its developer nor have I used it. At that price, I probably wouldn't either.

Not the answer you're looking for? Browse other questions tagged mojave .

1
Keyboard shortcut to show Tags… dialog
11
Is there a way to set a Finder Shortcut for 'Tags…' in macOS 10.14 Mojave?
1
Modify touchbar on Mojave
5
Improve file-info visibility in Finder's preview pane
2
Safari File Dialog Fails to Show
2
iCloud folders visible in Finder but not in 'file upload' dialog in Safari, how to enable this?
0
How do I update macOS App Store apps to the latest compatible version?